We’ve got the home organ my uncle left me warming up in the corner of the Rumpus Room here in the Basement (just look at those dusty tubes glow, warming the electronics of your heart), and we’re gonna tune it to ‘beguine’ on the rhythm buttons on the left side, and tape down a C chord, and let the ‘slalom’ setting take it from there, because it’s PARTY TIME in the Doormat Division! Gone are those pesky Parity teams, except for maybe a couple of late arrivals right around Xmas, but as long as they bring some good scotch with them, they can add it to the MJB camp coffee we got brewing on the grill out on the patio. 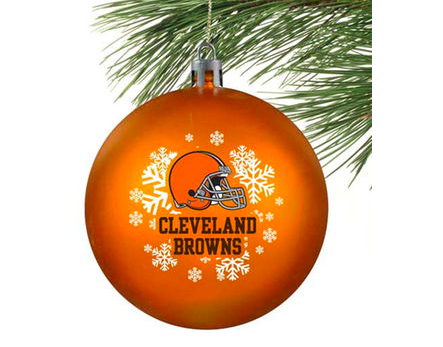 We’re good to go ’til the end of the season, fans, and we’re in for a wild finish.

The Chicago Bears inched a game closer to the NFC Doormat lead yesterday with a lunchpail effort against the Whiners, who came into the Windy City sporting a new QB, freshly minted from the Patriots back-up QB factory. It took everything the Bears had to lose this one, though, as the Whines went 0-5 in the Red Zone, and the big moment ended up being when 49er kicker Robbie Gould taunted his former team, after his fifth field goal, with 0:04 left on the clock) blew the loss for the 49ers. Yeah, take that, you fools!  You’d be….3-9 if you still had me!! If a kicker taunting his former team isn’t a Doormat Legends moment, I don’t know what is.

The Bears waited until late in the 3rd quarter to get over 100 total yards, kept the first downs in the single digits (8), and mustered exactly one scoring drive (59) yards (the other TD being the most entertaining punt return of the year, with the runback actually taking 167 yards to complete). The Whiners, now 2-12 and in a tie for the league lead with the Giants, look like they are in trouble with Jimmy Garoppolo at quarterback. They might win another game, and next week it’s the 4-8 Texans, so what looked like a lock a few weeks ago is now a big question mark.  But, let’s wait and see what happens when the 49er offense plays a team that fields a defense.

NY QB Geno Smith may not have thrown any interceptions, but he made up for it with two fumbles, and they were big plays for the Flailing Giants, who move into the NFC lead with the loss, as the Gnats hold the tie-breaker over the 49ers. You gotta hand this one to Giants coach Ben McAdoo, for boldly going where no man has gone before…except the 1976 Giants, who also were 2-10 before they fired their coach. But he made the move for Geno, and he delivered. If Ben’s still here next week, and makes it to the bitter herbal end, the Flailers will win the NFC Doormat crown.  Rrraiders barely beat another Doormat.

What else do the Chiefs need to do to get some respect around here?  Lose four more, baby, and join the 10 club (10 losses on the season). And they way they are playing, they’re gonna do it.  What a slide!  When you can score 31 points and still lose, you are clicking on all cylinders, and the team effort is there. The Chiefs set the record for time of possession yesterday-  17:11!!  The Jets really, tried, coughing up some huge plays for the Chiefs offense, but to no avail.

Can the Chiefs lose 10?  They get the Raiders next week, who only look good against terrible teams (Raiders wins:  Titans, Jets, Bills, Chiefs, Giants, Broncos…Titans half assed decent team in the bunch).  So, the only question is, can the Chiefs maintain terrible?  It’s a lot of work.

Yes, the Broncos are so orange-bad, they pulled off getting plastered by the Fins. The quarterback roulette paid off for the Bunks, as Trevor Simian hurled three INTs, ran for his life most of the day, and the got the team off the field quickly enough to squeeze in eight punts into the busy schedule. The defense responded by getting winded and making the Fins look sharper than a sea urchin in heat. Broncos have lost 8 straight, second only to the trailblazing Browns, who have lost so many in a row, you need a sextant to figure out where the last win was.  It’s a big ocean.

The Brown-outs last win was last year against the Chargers, so a tiny flame of hope sprang up in the chilled hibachis back in Cleveland. But the premier Orange Bad team was not to be denied in this one. The Blank Helmets and the Chargers both held it to one touchdown, but the Chargers just could not prevent the extra field goals at the end of failed drives, and lo and behold, the Chagrins are ‘hot’ and tied for first the AFC West, at parity gold 6-6, over in the ‘real’ league.

The Brownies are up against the Packers in Brownieville next week, and, even though the Pack has figured out how to win without Aaron Rodgers at the helm, this will be no gimme.  The perfect season will be on the line next week.

We always think the Texans are one or two injuries away from being a 10-Club team, and it looks like, at 4-8, that they are gonna make it this year. Impressive.

Same thing for the Bucs, who can’t shake the Doormat mantle just yet. The Packers shouldn’t be scaring anybody, but apparently the Bucs (4-8) are determined to get back in the Basement. Bucs QB Jameis Winston’s weird flip-fumble for a TD for the Pack was a play we have never seen here in Basement-land. Wow.

Okay, Doormat Denizens, I gotta go fix a flat tire and go get ripped off by a tire salesman, so enjoy your coffee, your warm life, and remember,  losing is the standard, winning is…now, why would I know anything about that??

AAANNDD THAT’S THE VIEW FROM THE BASEMENT!!!