With all the precincts counted, it’s really, really close.

Dean Preston is ahead in D5 by 95 votes. Chesa Boudin is ahead in the DA’s race by a little more than 2,000 votes. 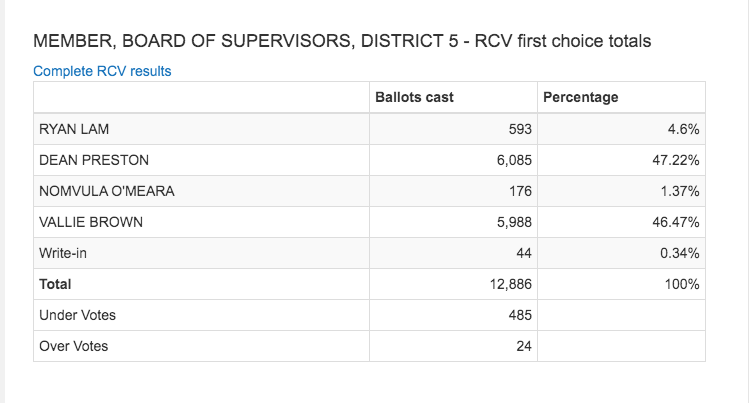 None of these results are final. There are going to be thousands of ballots – mostly VBM ballots dropped off on Election Day – still to be counted.

Then there are the provisional votes. And then the city has to run the ranked-choice voting algorithm.

Interestingly, in the first-pass RCV run, most of the votes from the two minor candidates in D5 went to Preston. Not a lot of votes, but Preston took about 200 votes more than Brown did when Ryan Lam and Namvula O’Meara were eliminated.

If the race is really close, that could matter.

So we are all going to have to wait a few more days for the final results.