Beyond voting, it's a government institution that works and brings people together. That's why the Radical Right hates it.

August 18, 2020
Share on FacebookShare on TwitterShare on LinkedInShare on RedditShare on Email

When I arrived in San Francisco in 1981, the Post Office on Clayton street was my lifeline. We used to call Clayton “Post Office Street.”

I was young and broke. Back then, the banking system in California was terrible; it was almost impossible for someone who was new in town, who had an out-of-state ID, and didn’t have a corporate job, to get a bank account. 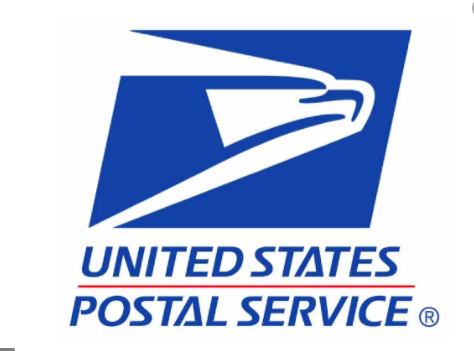 When people who paid me to fix their cars gave me a check, I couldn’t cash it; even once I got a bank account, since I always lacked a minimum balance, every check was put “on hold” for five days (local) and 15 days (out of state).

My landlord wanted a check for rent. I couldn’t get one from a bank.

But the Post Office was different. That was the federal government, and despite all the complaints my anarchist friends had, this particular federal agency would work with anyone, including poor people.

You could get a Postal Money Order for almost nothing. You give the clerk your cash, they give you a check, issued by the US Treasury, that the landlord had to take.

It cost a lot to wire money back then, but you could get money from anyone who could buy a postal money order and send it to you, and the kind federal workers on Clayton Street would turn it into cash.

No fees. No hassle.

Back then, it was really hard for a poor person to get a telephone. You couldn’t get a phone connected unless you had established credit, or $100 deposit, which a lot of us didn’t.

So the way we communicated was by mail. A stamp was like ten cents. A post card got across the country in three or four days.

I am now in the population of Americans who has access to the banking system. Many of us have cell phones and email. Then banking system isn’t as horrible as it was in 1981; there are credit unions and other institutions that help low-income people get accounts.

But there’s still a significant number of people in this country who use the Post Office to write checks and get checks. I see them at the Bernal Heights branch all the time.

The Post Office is still a lifeline to a lot of us, particularly these days. More than 80 percent of Veterans Administration prescription drugs are sent by US mail. Sending packages by USPS is usually about half the cost of the private carriers.

The clerks in the Bernal Heights Post Office are always helpful and friendly. Before COVID, those of us standing in line would chat, smile, share a pen, talk about politics.

Long before the Internet, the Post Office delivered information – newspapers, magazines, as well as letters.

As my friend Annalee Newitz wrote in an NY Times article last year, it was the precursor to the Internet:

The postal system in the 1870s was something like the internet, bringing people into contact with ideas and people they never would have found otherwise. It was also a channel for pornography. [Anthony] Comstock wanted to expand the nation’s laws criminalizing the act of mailing obscene material over state lines. He met privately with policymakers, indulging their prurience by displaying a steamer trunk full of sex toys and erotica that he had ordered by post.

He capitalized on a wave of anti-feminist sentiment directed at activists like [Victoria] Woodhull, who had already irritated Congress by appearing before them years earlier to demand the vote. Woodhull’s allies weren’t just suffragists. They were people who promoted free love as an alternative to the domestic oppression of marriage, and spiritualists who rejected conventional Christianity. Still others taught women how to prevent unwanted pregnancies. And all of them used the postal system to spread their ideas.

For much of America’s history this largely involved bringing remote areas access to the fruits of urban economic progress; it’s hard to overstate how much difference the rise of the mail-order business, made possible by postal expansion, made to the quality of rural life. And postal delivery remains crucial in rural areas, which are poorly (and expensively) served by private delivery companies.

All of which is to say that the Post Office is a federal government institution that works well, provides a public service, and brings people together.

That, I would argue, is why Donald Trump and his allies hate it.

Trump has been trying to destroy the postal service long before vote-by-mail got his attention. The radical right needs to attack government as a fundamental part of its agenda. Ronald Reagan, their patron saint, got elected in part by saying the “government is not the solution, it’s the problem.” In one of his most famous speeches, he said “The nine most terrifying words in the English language are: I’m from the Government, and I’m here to help.”

This is a deep part of the Trumpist canon; it’s why Trump supporters don’t want to wear masks to save their own lives – and the lives of others:

A mask doesn’t just keep you from getting infected; if you are infected (and don’t know it, which is common) it keeps you from infecting someone else. Refusing to wear a mask is an act of profound selfishness – and that, I think, is one reason Trump won’t do it.

Sure, he wants to look tough (did John Wayne wear a mask while he was Winning the West with an unregistered gun?) But he and his followers also have in common the idea that individuals are more important than community, that we are not all in this together. Trumpism is about demonizing The Other, and protecting Me.

The Post Office isn’t going broke. There’s plenty of revenue to cover costs (these days, as more and more of what people consume is shipped, the revenue should be going up). But since 2006, the Post Office, alone among federal agencies, has to put up front, as part of its cost structure, the price of pensions for 75 years out.

No other government agency does that, or could do that. The idea of this Republican plan was to damage the Post Office, a public service that works, because they don’t want popular public services that work.

This is also why the radical right wants to attack Social Security: If you get a check from the government every month, it’s harder to hate the government.

There should be no problem with delivering mail-in ballots this fall. The Post Office handles 1.3 billion Christmas Cards every year; Even 100 million mail-in ballots would be less than a tenth of that.

Unless Trump does what he is trying to do, and defunds and messes with a government service that could enfranchise millions of people.

Trump, of course, knows and admits that mail-in voting increases turnout, and the only way the GOP wins this fall is with massive voter suppression. So he’s attacking mail-in ballots as fraud and he is shutting down mail-sorting machines and trying to undermine the ability of one of the nation’s most critical services to protect the foundation of American democracy.

But it’s deeper than that.

When I was a kid, my uncle, a prominent physician, was part of the American Medical Association’s attack on the concept of a national health-care system. He had this bumper sticker on his car that said:

I remember my sister, who was probably 12, looking at it and saying: “Oh, I see. The Post Office seems to work pretty well; you put a five-cent stamp on the letter and it gets there pretty fast. So I guess we love socialized medicine.”

That’s what they are afraid of.

Previous articleThe unstoppable ‘Who’s Your Mami Comedy’ Zooms your way
Next articleConvention, Day One: It’s all about “together.”

Plus: What is the city doing to be sure tenants get rent relief? That's The Agenda for June 20-27
Read more
News + Politics

The inaccurate reporting and social media just continues, as most of the major local media stands by or goes along.
Read more
Sponsored link

Plus: What is the city doing to be sure tenants get rent relief? That's The Agenda for June 20-27
News + Politics

Proposal heard in budget committee calls for major increases to SFPD -- even when the city is investing in alternatives to armed law enforcement.
Screen Grabs

On how her body's own shifting capabilities—and complex relationship with maternal messaging—colored the Marrow Gallery exhibition.