Donald Trump has – no surprise – turned a basic public-health practice into a political issue, putting millions of lives at risk.

Trump has consistently refused to wear a mask, even in situations where there’s a serious risk of infection. Hey, he’s Donald Fucking Trump! That little Corona virus can’t get him!

So all over the country, people are refusing to wear masks, too.

Even in California, after Governor Gavin Newsom issued an order telling people to wear masks outside, it became a political issue.

The virus, however, is nonpartisan. It doesn’t care if you wear a MAGA hat or watch Fox news. And all the evidence shows that wearing a mask provides significant protection – not just for you but for everyone you encounter.

That’s the thing – a mask doesn’t just keep you from getting infected; if you are infected (and don’t know it, which is common) it keeps you from infecting someone else. Refusing to wear a mask is an act of profound selfishness – and that, I think, is one reason Trump won’t do it.

Sure, he wants to look tough (did John Wayne wear a mask while he was Winning the West with an unregistered gun?) But he and his followers also have in common the idea that individuals are more important than community, that we are not all in this together. Trumpism is about demonizing The Other, and protecting Me.

Remember, many people who have the virus (particularly young and healthy people) have zero symptoms – but they can still spread it to others who are more vulnerable.

I don’t think Donald Trump cares if he infects someone else. I don’t think her cares about anyone else except himself. He is a pathological narcissist.

That’s also the message he’s sending to his supporters.

Check out the rally that he held, inside, in Tulsa. It wasn’t fully attended, but there were more than 6,000 people there – and according to the photos I’ve seen in thenews media, many of them were not wearing masks. Oh, and six of his staffers tested positive.

Here’s a photo from Business Insider. Note: No masks. 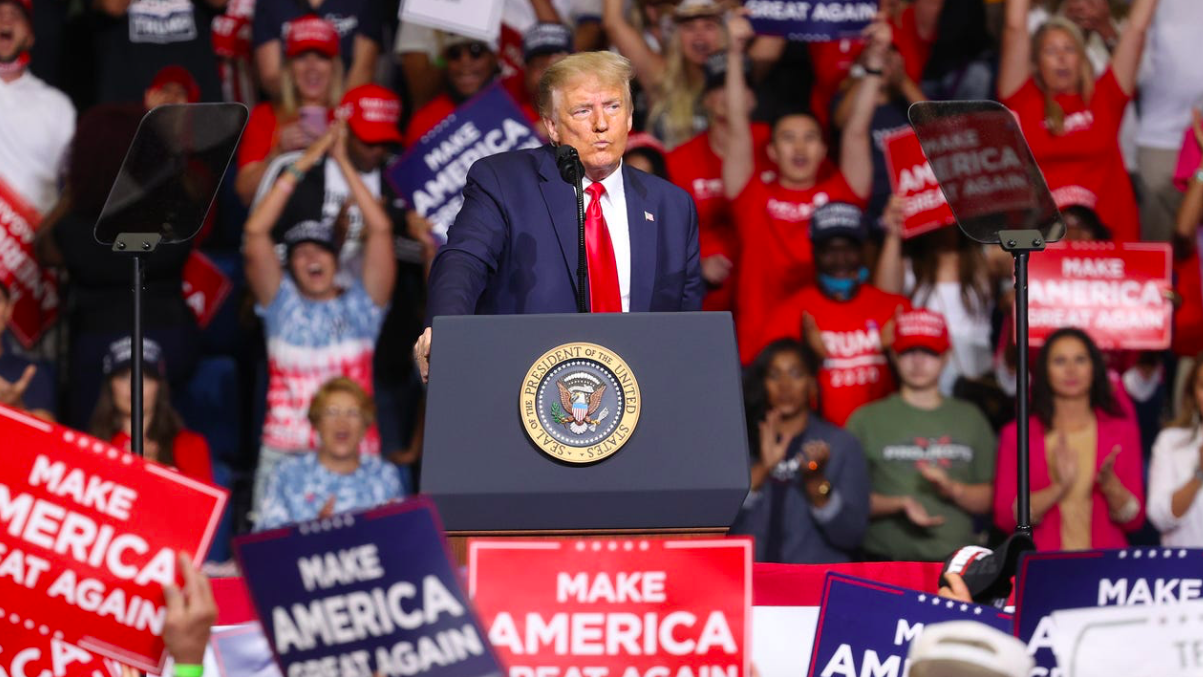 It’s kind of like gun culture – yeah, keeping a loaded gun in your house puts your kids at risk. Carrying a loaded gun – or hunting when you are loaded – puts others at risk. But some of the people who are part of that culture don’t think about the risk to others; it’s all about Me.

I could easily argue that this basic attitude is the root cause of global climate change; why should I give up any of my privilege as a wealthy North American who owns a big gas-guzzling car to help someone else, somewhere else (even if that person happens to be my kids and grandkids)?

So I’m going the other way: Wearing a mask is, indeed, a political statement. It means you care about the broader community, that you care about public health and not just your personal health, that you believe that collective solutions are the only way to address major social, economic – and public-health – problems.

The Board of Supes will consider Tuesday/23 two measures that would have profound and lasting impacts on local politics. Both are likely to wind up on the fall ballot.

residents of the City and of legal voting age, replacing the requirement that members of boards, commissions, and advisory bodies be United States citizens and registered voters.

That would allow undocumented people to serve on commissions.

The second measure would lower the voting age in local elections to 16 – potentially allowing tens of thousands of young people to get involved in local politics and play a role in electing supervisors, School Board members, Community College Board members – and the mayor.

The youth-voting charter amendment still needs some work and will likely be continued. But the commission membership proposals has enough votes to make it to the ballot.

Sup. Dean Preston has announced he’s introducing a ballot measure for that fall that would change the way the city does affordable housing. His measure would authorize the city to acquire or develop 10,000 units of affordable housing – in part using money from another measure he’s pushing that would raise taxes on high-end real-estate sales.

The measure goes beyond the current model by explicitly allowing some or all of that housing to be built and operated directly by the city. It would carve out a local exemption to a 1950s-era state law that requires a citywide vote before any public housing can be built.

That, of course, was part of the racist history of housing in California, and was designed to make sure that white people could stop Black people from moving into public housing in white communities.

“This is a significant step towards dismantling racist barriers to affordable housing,” Preston said in a press release. “Article 34 is a relic that, like Confederate flags, needs to be thrown into the dustbin of history. With our local ballot measure, we are making it possible to create thousands of units of municipal housing for the people of San Francisco, especially people of color.”

I always cringe when people tell me that “San Francisco is building enough housing.” San Francisco for more than half a century has built no housing at all; housing is built by private developers, either in the for-profit or the nonprofit sector. The nonprofit affordable housing developers have done, for the most part, an amazing job of building and managing permanently affordable housing, and their experience and model needs to be part of any future housing policy.

But Preston also sees municipal housing as part of the package:

The measure breaks new ground by explicitly authorizing the creation of municipally owned housing, a key part of the growing social housing movement.

The measure needs six supervisors and a 50 percent plus one vote in November.