It’s hard to do continuing-character thrillers; the protagonist has to develop or get stale. It’s easy to become formulaic (see: Reacher). Stevens gets it; her first character, Vanessa Michael Munroe, is the only person in this genre who exists in two genders. Munroe is a deeply twisted badass, someone who emerged from a brutal childhood to become a principled warrior. 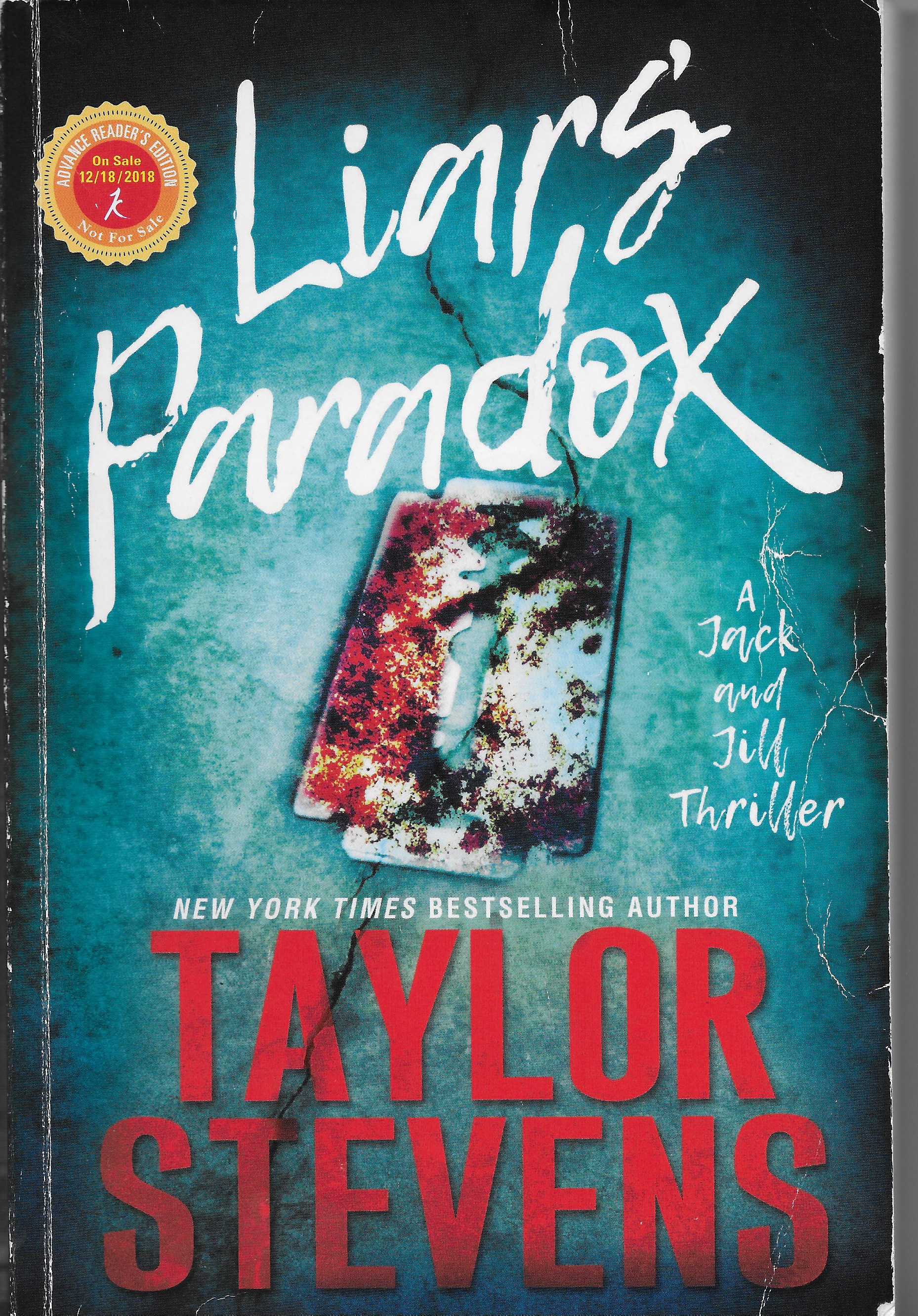 I read Stevens’ first book, The Informationist, out of curiosity; it arrived at the Bay Guardian, where I used to work (and review thrillers), along with dozens of other books, and I gave it a try. Five pages in I realized I had discovered an incredible talent. I was not alone – that book was a huge breakthrough, a bestseller optioned for a movie by James Cameron, widely hailed as the debut of a blockbuster writer and character.

She followed that with five more Munroe books, which reflected her astonishing personal story. Stevens grew up in an apocalyptic cult. She was denied anything more than a sixth-grade education; when she tried to write, her pages were taken away and burned. She left as an adult, wound up in Dallas with no employable skills – and somehow managed to write and sell a book that put her on the literary map.

I loved all of the Monroe books. But none have caught fire like the first one, and Stevens has been struggling with the difficult world of modern mass-market publishing, where you are either an A-list writer or lost in the miasma of competition, bookstores closing, marketing problems, and readership of anything creative generally declining.

So she’s done something very different: She’s created new characters, started from scratch so to speak – and come up with a book that is not only my favorite since The Informationist, it’s the best thriller I’ve read in years. Nothing else comes close.

Liar’s Paradox – named after the classic concept that when a person who doesn’t tell the truth tells you they are lying, then they are telling the truth, and lying – features twin siblings, Jack and Jill, who were raised by a mother who taught them survival, spycraft, and elite special-forces-level combat skills, and left them scarred for life.

Jack and Jill love and hate each other. The fight viciously – and since they are particularly good at it, they can cause serious damage. They also love, hate, fear, and respect their mom, Claire – although even as adults, they have no idea who she worked for, who their father was, or why she raised them in this weird world of weapons, stealth, and traumatic psychological games.

They are 26 when the book opens, with one of the great scenes in modern literature. Jill is a party girl, in a world of drugs and clueless lovers (and an uncertain source of income). Jack has to talk to her – but that involves bursting into a party, grabbing his half-naked sister, locking her in the trunk of a car, driving to a quiet place – and then dealing with her anger when he opens the trunk and she beats the shit out him, grabs his gun, sits on his chest and threatens to shoot him.

This will make a spectacular movie.

Jack, the straightlaced guy who might still be a virgin, tells Jill, who is struggling with an opiate problem, that Claire wants to see them. Mom has a secret off-the-grid safehouse, but when they get there, it’s been breached and she’s been kidnapped.

Or maybe she hasn’t; maybe this is another trick, another game to get them to follow her. Or maybe something’s going on involving so much international intrigue that the only way they can find her, and survive, and maybe figure out what the fuck is up here, is to become the fighters she trained them to be.

And at that, they set off on a wildly entertaining, crazy adventure that involves so many puzzles, mysteries and – yes, liar’s paradoxes — that you almost need a scorecard to keep track.

I called Stevens after I read the book to tell her that this was her best book since The Informationist. She told me that she’d always wanted to write about siblings – but of course, since she’s Taylor Stevens, they are nothing close to normal, although they have what in many cases are normal feelings about each other: Affection mixed with jealousy and deeply hidden emotions tied to their feelings about their mother’s (possible) favoritism. Throw in a desire to be normal (or self-medicated) in a world where they clearly don’t belong, and you have a delicious mix for a book of this genre.

In the end of the book, there’s a hall-of-mirrors episode that reminded me of the classic 1972 Bruce Lee movie Enter the Dragon. Stevens told me she had never seen the movie. Maybe it’s just some kind of psychic connection between brilliant scene-makers who think about the bizarre world of mirrors.

Some of the better continuing-series writers who create new characters sometimes let them mix (Davenport and Flowers). That’s not happening here, Stevens told me: The worlds of Vanessa Michael Monroe and Jack and Jill are so far apart that it’s almost impossible to imagine them connecting. Almost impossible – but so is the whole Taylor Stevens story, so I hold out hope.

It wasn’t easy to get this done; nothing in Stevens’ life has been easy. The publishing world likes predicable outcomes (every Jack Reacher book is exactly the same in many ways, and every one sells). Some readers said she should just stick to Munroe. But she takes risks, which is how her life has worked. She’s had the support of a Patreon group (if you love her work the way I do, you can sign up here). And she hangs in, against all possible odds. Just like her characters. And in the end, they are winners.