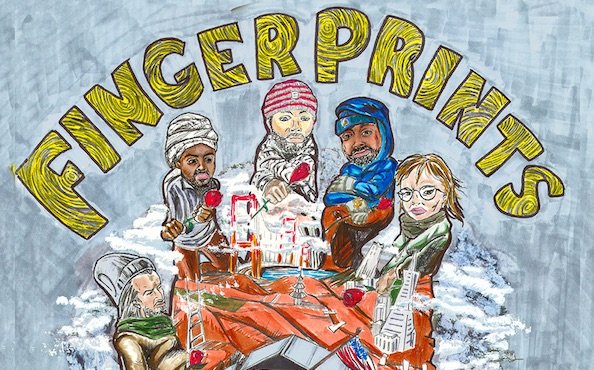 The strike brought constant news media attention to the deaths of young people of color at the hands of SFPD – and while it wasn’t the only reason Suhr was dismissed, it played a huge role. 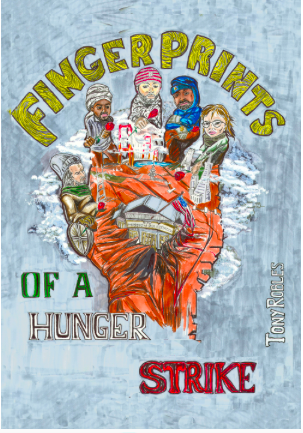 Every day, the five sat in front of and sometimes inside the Mission Precinct Station, wrapped in blankets, talking to supporters, press, and the public. Kids from local schools came by to offer solidarity. Young doctors in training from UCSF monitored their health, and pushed them in wheelchairs to City Hall.

One of the people who was there in solidarity almost every day was Tony Robles, a tenant organizer, senior advocate, poet and Filipino community activist who was born in this city and struggles every day with what it has become.

Robles, who sometimes writes for 48hills, uses the hunger strike as inspiration for a new book of poetry, short stories, and politics called Fingerprints of a Hunger Strike.

He talks about visiting the police station, a San Franciscan who can barely recognize his city: “It brought me back to a time when I felt the community in the pores of my skin, when I tasted every raindrop before I had to start paying for the rain that was to become bottled and packaged and presented in an app. The Frisco Five – Mama Christina, Ike, Selassie, Edwin and Equipto – five fingers on a hand that became a fist that became our heart.”

The book starts out with a series of poems, then some wonderful stories; Robles describes working as a security guard in a supermarket and meeting a man he knew from tenant organizing who has stolen a cooked chicken and is eating it in the bathroom. He talks about the Child Support Office, about people he meets on the 5-Fulton … about a side of life in this city that the self-important young and rich who are taking over so many SF neighborhoods will never see or understand.

It’s a book about a real San Francisco, by a real San Francisco writer and poet. In his poetry, his street consciousness, and his love for a city that is trying to break his heart, Robles reminds me a bit of John Ross, who wrote from the heart of the Mission and never learned how to be a prisoner. It’s good to know that, for all the attacks on the soul of this city, there are poets like Robles keeping that legacy alive.

You can buy the book here, or in local bookstores.