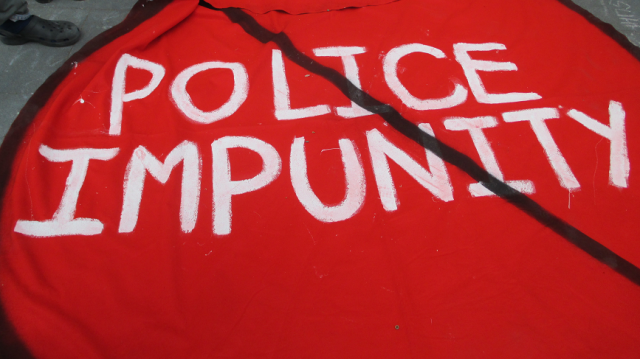 On the 17th day of the hunger strike the Frisco 5 have announced that they are ending their hunger strike. They will be breaking their fast while being monitored by staff at the UCSF where they have been for the past two days. A statement made by the Black and Brown Coalition calls for a general strike on Monday and reiterates the demand to fire Chief Suhr.

Yayne Abeba, spokesperson for the Frisco 5 confirmed over the phone that the group has decided to end the hunger strike. She said: “The Frisco 5 and their supporters – Frisco 500 –are calling for a general strike on Monday. We ask supporters to demand that Chief Suhr be fired, the mayor needs to know that they’ll be no business as usual.”

Last night we saw the community once again rise up in support of #Frisco5. We began with 5 but now we are growing to #Frisco500 and will soon be #Frisco5000. From the more than one thousand marchers on May 3 to the community members who echoed the #Frisco5 calls for justice last night at City Hall, a movement has been born.

After nearly two days of being hospitalized (doctors orders), the #Frisco5 continue to be monitored closely.

As the health of #Frisco5 grows uncertain, the whole San Francisco community took the step to demand the hunger strikers  suspend their hunger strike so they can return to the front lines and help shape this movement and the  pursuit of justice for the black and brown citizens of San Francisco. They have decided to listen to the community that they love. Considering the strength of the movement that has been galvanized through the last 17 days of the hunger strike, the community has made their voice heard.

We must still send the #Frisco5 our prayers and positive energy because the re-feeding process after not eating for 17 days is long one. They will likely be in the hospital for a number of days.

The end of the strike is in no way a concession – it’s a victory of monumental proportions. They have been told in no uncertain terms by the community that they are needed here to help fight a corrupt administration and a racist and violent police department. They have been asked to help  build opportunity for the very community that they were willing to lay down their lives for. They still hold true to their demands.

They ask that the entire Bay Area Community join them in a general strike this Monday May 9, 2016 – leave work, leave school, and do not purchase from large chain stores, and join the #Frisco500  in front of City Hall at 8:30am.

This is a developing story and we will be updating it as we get more information.