Chris Watson has recorded the sounds of desolate Icelandic glaciers, the feral life of a Costa Rican rain forest, and the territorial wolves of Northern India.

World-traveled as Watson may be, however, he unfortunately won’t make it to Santa Cruz later this week when his sound art installation “Namib” is exhibited at Indexical (Fri/29 through Sat/30), the experimental music venue in the Tannery Arts Center. But that doesn’t mean he’s been grounded.

Speaking via Zoom in the days leading up to the exhibition, he explains he had other travel already locked in. There’s a workshop on field recording he’s running in Leipzig, Germany, and then he’s off to Berlin, first to present a new work about ocean sound with Theresa Baumgartner and Tony Myatt, and then a concert with Hildur Guðnadóttir and Sam Slater. The latter is a Ukraine benefit, based on Guðnadóttir’s score for the HBO series about the 1986 Chernobyl nuclear reactor distaster.

Like those many projects, Watson’s Indexical exhibit engages with his ever-expanding catalog of environmental audio, collected over the course of decades.

“Namib” takes its name from the locale of its origin. The source audio was all captured by Watson amid the expansive Namib desert along Africa’s Atlantic coast. “Namib” was previously shown, in a simpler form, at the Paul Stolper Gallery in London back in 2014. For Indexical, Watson has entirely revised the piece to make the most of the new venue’s state-of-the-art quadrophonic listening technology.

“There are significant differences,” he explains, “because it’s been spatialized for the system. That’s why I was keen to rework it. The one at Paul Stolper was contained within the picture frame. This is a much more spatial piece; it’s rather more expansive.”

Even if Watson’s name is unfamiliar, you’ve likely heard his work before, as his recordings of the natural world are a frequent presence in documentaries, notably David Attenborough: A Life on Our Planet, the longrunning PBS series Nature, and Seven Worlds One Planet, which featured his work from Antartica. He started out as a musician in the early 1970s as a founding member of the avant-garde band Cabaret Voltaire, with whom he recorded four studio albums.

Watson says he sees no difference between the recording he does for documentaries and the work that results in his own sound art and occasional albums. What has changed, he says, is the attention span of his audience — and for the better. Originally, he says, a piece needed to stick to between 14 and 40 minutes “just to get people to sit down, or lie down.” But as field recordings and sound art have become more widely appreciated, he is getting lengthier commissions. “The Atonal Festival in Berlin,” he reports, “said could you do a three-hour set at five o’clock in the morning?” He could, and he did.

“Namib” is more intimate in scale, if no less ambitious. He laughs as he describes what he set out to do: “For ‘Namib’ I decided to try to compress tens or hundreds of millions of years into one single piece.” Asked how he navigates the vast storehouse of audio he has accumulated over his career, Watson describes his practice as “fairly intuitive.”

Asked, then, if “Namib“ is more the name of the place than the name of a specific work, he quickly agrees: “Absolutely. What I do is trivial. We’re talking about one of the most ancient deserts on the planet. I’m sort of tinkering with aspects of that,” he says, marking a contrast between his own efforts as an artist and the sheer expanse of time and space that he hopes to share his impression of.

Watson describes both the Indexical and the earlier Stolper renderings of his “Namib” audio as “experiential,” meaning these aren’t merely recordings, but also expressions of the knowledge he gained of the place over the course of many visits. “That’s where the integrity of it lies for me,” he says, “my experience of those places as I’ve been back to make recordings.” His conceit, as he puts it, is to compress vast amounts of ecological time into compact form—20 minutes in the case of the “Namib.” Indexical will have multiple presentations of the work over the course of the exhibit.

”Namib“ will run at Indexical from Friday evening on through Saturday evening. While Watson won’t be there, Mike Harding, a co-founder of the Touch, the label that has released Watson recordings for over a quarter century, will be. The exhibit is part of a 40th anniversary celebration for Touch, which is hosting related events this year in London, Berlin, Los Angeles, and elsewhere.

After “Namib” ends on Saturday, at 6pm, another pair of Touch artists, Bana Haffar and Patrick Shiroishi, will perform live. Then on Sunday, May 1, there will be a discussion at 1pm on field recordings and landscape. You can find more information at the Indexical site. 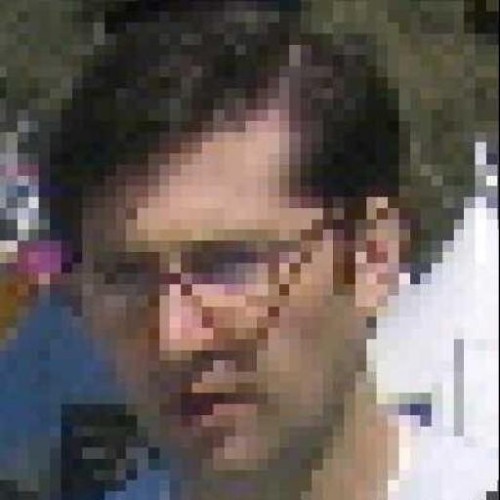