New Zealands’s Aldous Harding, touring her Warm Chris album, performed at The Fillmore, Saturday, June 25. (Apples included, but sadly, no poster.) Harding delighted her ardent fans by playing most of her new album and favorites like “Fever” and “Imaging My Man.”

Opening for Harding, Welsh musician and radio-TV presenter H. Hawkline played guitar and sang, using a reel-to-reel as a stand-in for his band. While tuning his guitar he explained his early connection to San Francisco: Aquarius Records. He would pour over their recommendations, finding much musical inspiration. Acknowledging that the reel-to-reel set up inhibits audience interaction, Hawkline tried to front load connection with his story. For his final song, he went “full karaoke” encouraging the audience to dance under the Fillmore disco ball.

Walking onstage to a warm reception, Harding started her set with no introduction. With Warm Chris, Harding continues her musical storytelling. Her songs deserve prolonged and repeated listening to understand the full depth of both the lyrics and musicality. Her live performances only enrich her work. Harding’s vocal modulation adapts to the “character” or idea she describes in her songs.  From a high-pitched near falsetto to almost gravelly low register in “Tick Tock,” Harding is many singers in one embodiment. Performing live amplifies her vocal range.

Harding’s live performances are further enhanced by her four member band (including H. Hawkline). With seamless fluidity, everyone on stage shifts between multiple instruments.  Harding herself plays the guitar, keyboards, tambourine (a full body effort), various percussion instruments – including a drum stick and coffee mug. For the final song of the night, “She’ll Be Coming Round the Mountain,” Harding plays keyboards to accompany her delicate voice, H. Hawkline’s banjo adds a subtle layer of tonal twang, and the drummer, Gwion Llewelyn, plays flugelhorn! An incredible rendition.

While her songs are nuanced and layered, her audience interaction is minimalistic. Her songs are the stories; she adds little in the way of commentary, or repartee. Early in the set, the audience cheered, Harding walked to the front of the stage, perused the scene—almost a penetrating stare, then offered a small wave. A nod to her homeland, someone yelled, “kia ora” and Harding responded in kind. In lieu of conversation, Harding pauses to accentuate ideas and to allow time for thought.  “Fever” offers the clearest example, but throughout the night Harding returned to blank space both in her songs and in her audience interactions. At one point someone yelled out, “Good Job!” Pause, pause, pause… Harding responded, “Thank you.”

Harding’s facial expressions—both beatific and tortured—suggest that she truly immerses herself in the songs. She lives them, leaving little room for conversation. Yet, her fans engage: In “Imaging My Man,” it was almost call and response with the audience echoing Harding’s line “Hey!” Her music, stories, and unique dancing and stage presence have grown Harding’s Bay Area fan base. In April 2019 she played The Rickshaw Stop. In October 2019 she played Slim’s. June 2022: The Fillmore. Aldous Harding is a talented musician who presents an unusual, but thoroughly compelling live show. —Patty Riek 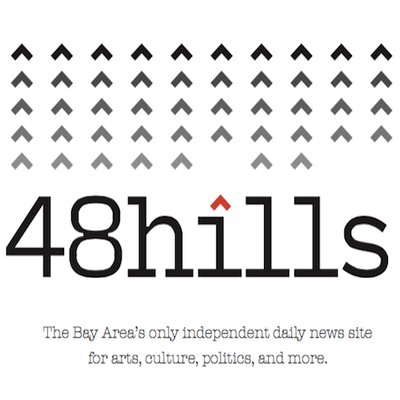