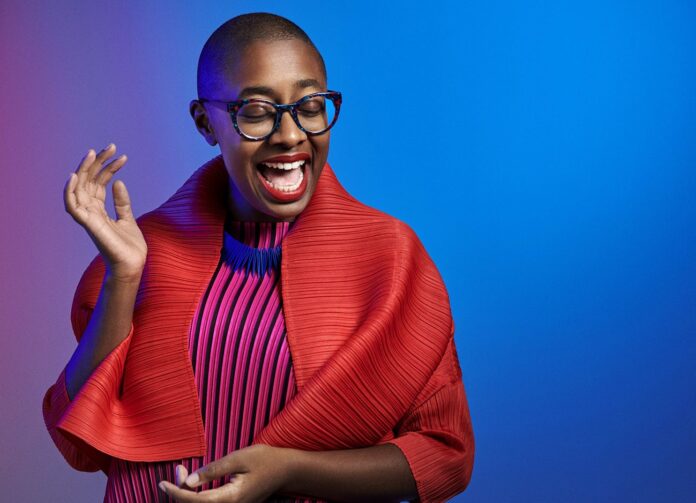 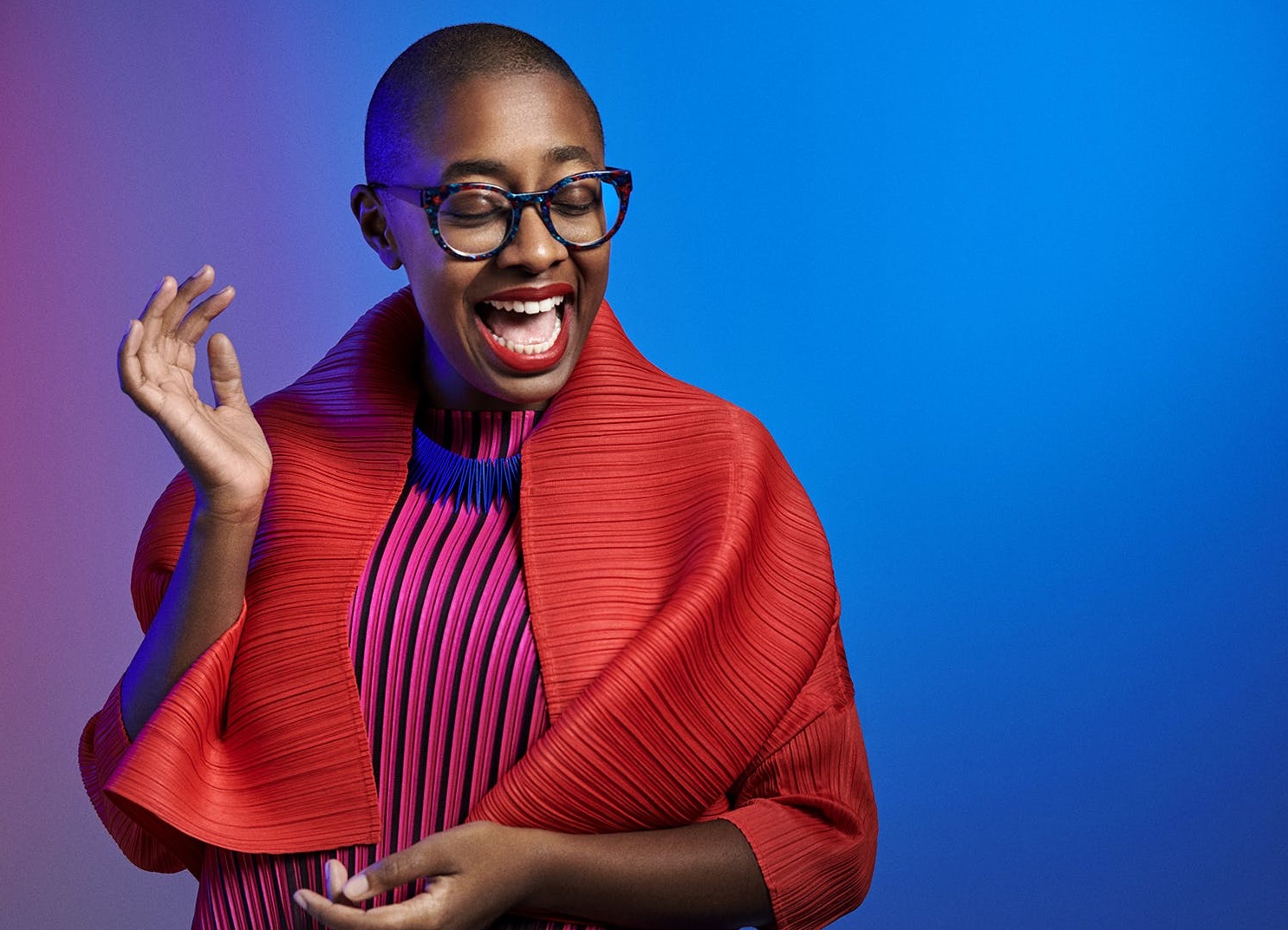 I’m cherrypicking a string of excellent phrases from my email interview with composer, singer, and visual artist Cécile McLorin Salvant—she is on an ocean cruise somewhere in the world and our time zones are misaligned, so it made for choppy going, but her language is still poetic and inspired.

That is to say, much like her music that is composed or sung in recognizable, musical notes, she stretches the auditory realm near to bursting with unusual, additional layers, commonplace words linked in abstract combinations suggesting vast mysteries or holding haunting implications.

telling secrets, drawing is a playful

part of my brain dreaming music

fill the absences with our minds

but still we try

The child of a French mother and Haitian father and a native of Miami, Salvant began studying classical piano at age five and three years later, launched her remarkable voice’s development while singing in a children’s choir. She holds a bachelor’s in French law from the Université Pierre-Mendes France in Grenoble and studied baroque music and jazz at the Darius Milhaud Music Conservatory in Aix-en-Provence, France.

In early 2022, Salvant’s album Ghost Songs (Nonesuch Records), established a more personal side to her composing and songwriting. Instead of covers such as Irving Berlin’s I’ve Got My Love To Keep Me Warm (gloriously sung on Cécile, her debut album that won first prize in the Thelonious Monk International Jazz Competition in 2010), the music on the latest CD consists of seven originals and five re-interpretations.

With her last three albums winning the Grammy for best jazz vocal album and a MacArthur genius grant in her pocket, Salvant embarks on a trailblazing stride with this new album. The sonic journey tangles and trembles with all kinds of love—fairy tale, tragic, ominous, lost, found, yearning, nostalgic, grateful, new, eternal, no obligation, love “like I love the moon,” and more. The songs are haunting, beautiful, fresh, and oddly, instantly sing-along-able.

“I think my music is about telling secrets,” she says. Asked about specific tracks, her answers drive straight to the crux of a song, but leave room for the imagination to roam.

Ghost Song: “This is a song about yearning, absence, and the power of the imagination. We fill the absences in our lives with our minds. We celebrate loss because it also means we celebrate having had something in the first place.”

Until: “There is the notion of capturing time here, of catching a moment and holding it for as long as possible. It’s beautiful because it’s impossible but we still try.”

Unquiet Grave: “This is a ghost telling the living to live! I wanted to end the album on this note because it felt like this is one of the greatest lessons loss, distance or absence of any kind has to teach us. Yes we take things for granted and always will, and it is a practice to return to being present, and feeling gratitude.”

The order of songs on the new album, especially upon multiple listenings, leaves the impression of a song cycle that begins and ends on similar, if not identical planes. Final track “Unquiet Grave” holds references to the opening track, a brilliant cover of Kate Bush’s Wuthering Heights, and on Dead Poplar, upon which Salvant layers a love letter stretched wide with emotion that Alfred Stieglitz wrote to Georgia O’Keeffe.

“Thank you for noticing the circle,” she says, when I mention the circularity. “Cycles and patterns are so fundamental to the way we live. I wanted this feeling of returning in the album.”

The artwork on the CD is also by Salvant, whose large-scale textile drawings can be viewed on her website and found at Picture Room in Brooklyn, NY. “Drawing is a playful activity for me. It’s something I’m not using the thinking part of my brain to do. I don’t think i draw to necessarily make statements or express something. Drawing is almost like dreaming to me. I try to bring that energy to the way I make music. But they can’t replace each other for me.”

The full sweep of Salvant’s artistry will be on display upon the completion of Ogresse, an album and eventually, a feature-length animated film featuring her music using a 13-piece chamber orchestra, Salvant’s drawings, and a fairy-beast story inspired by a painting of a Voudou deity by the Haitian artist Gerard Fortune. “We’re making a musical fable I wrote into an animated movie. It’s probably going to take another three years. We’ve been working on it for five! This is one of the most exciting things I’ve worked on and I cannot wait to share it.”

As we close our back-and-forth digital messaging, I ask if there is a setlist for the Stanford Live! appearance. Leaving mystery, suspense, love and trust in the balance of her reply, Salvant says only, “The set list is typically improvised!”

48 sources of joy in 2022, from velvety jazz to young voters and plant-based cuisine

Food, tunes, talks, and more. How did your year highlights match up with our writer's?
Read more
Lit

In the face of senseless death, the author spins out his love for an unlikely companion at UC Berkeley
Read more
Sponsored link