A new novel gives a tour of the dystopian Clinton years from a black protagonist's point of view, with a wicked sense of humor.

Like Smyer, the book has a wicked sense of humor, even as it gives the reader a tour of the dystopian Clinton years. Comparisons to James Baldwin, Richard Wright, and Zora Neale Hurston are well earned, yet there are also strains of Anthony Burgess and Hubert Selby Jr. in Smyer’s prose.

48 Hills talked to Smyer ahead of this March 6 reading at Book Passage, and March 28 reading at Green Arcade.

48H What was it about the 1990s that led you to place the events of Knucklehead there?

ADAM SMYER I think that the ’90s have been overlooked in a way. I think that on some level the prevailing narrative has become that everything was fine before 9/11. But everything was definitely not fine. We had militias and the Unabomber and Tim McVeigh and Columbine. The amount of hate and hysteria that we normalized back then laid the groundwork for what is happening today. It was fertile ground for storytelling.

48H What did the choice of a middle-class protagonist allow you to illustrate about the black experience?

AS I’m not sure that was a conscious decision. I’ve been middle-class most of my life; I think I just wrote what I knew. And I’m not sure that the standard “urban” setting was entirely our idea. It might be an assumption that has been imposed. I suppose the fact that [protagonist] Marcus was dealing with 1960s Selma mindsets in 1990s Manhattan makes the point that there is a universality to the struggle. But again I can’t really say that was a conscious choice. I just wrote what was normal for me.

48H What authors are your influences, and why?

AS My answer is always incomplete. This will be no exception. Growing up, Richard Wright and James Baldwin got in deep. In high school, I had Frank McCourt for creative writing and homeroom and so, even though his memoirs were not published until I was grown, the actual person was a major influence on me as a person. And, throughout my childhood, there were a lot of specific books that shaped me: To Be a Slave, The Maltese Falcon (a huge influence re dialogue), Roots, Animal Farm, Lord of the Flies, like that. In college, I read all the Malcolm I could find. Shoutout to The Handmaid’s Tale and To Be Popular or Smart.

In the years before I started writing seriously—say, 1995 to 2005—I read a lot of Maya Angelou (her memoirs) and Chinua Achebe. I think that’s relevant because they made writing some of the best prose on Earth look easy, which in my view is harder than making it look hard.  Angelou and Achebe are my favorite prose writers. I also read a lot of Walter Mosley, Geoff Nicholson, and Junichiro Tanizaki during that period. Shoutout to Why Black People Tend to Shout. The Emperor of Ocean Park was so good that I almost gave up on writing before I even really started—if that was what writing was, then obviously I couldn’t do that. Then in 2006, at my first VONA retreat, I told Walter Mosley that and he gave me a dope pep talk.

While I was down the rabbit hole of writing Knucklehead, friends gave me The Fuck-Up, A Visit from the Goon Squad, and The Warmth of Other Suns, all of which kept me going.  Shout out to Fight Club and American Psycho. My current influences include ZZ Packer, Mat Johnson, Laura Albert, Jerry Stahl, Victor LaValle and Junot Diaz.

This list is still woefully incomplete, and I am as influenced by movies as I am books.  Please don’t get me started on movies. 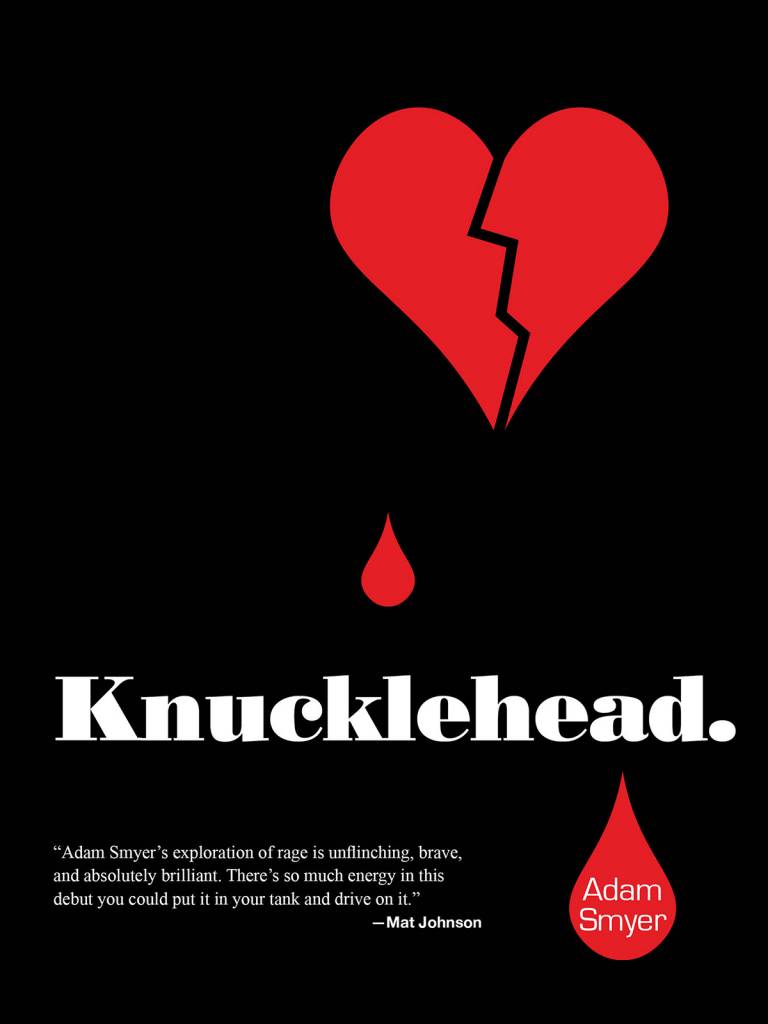 48H Tell us a little about VONA Voices Writing Workshop you are a part of. Are we going to be seeing a new literary movement coming from this crew?

AS VONA is an annual retreat, and more, for writers of color. My wife found VONA after I wrote a short story and got a little frustrated at how much feedback was basically the suggestion that I make my protagonist white (and male). I was heavy into Mosley and he was teaching one of the VONA courses in ’06 and that is why I went. But once I was there I found myself surrounded by a tribe I did not know I belonged to. Before that, even though I had been writing a little, I did not identify as a writer. I did not recognize the writer mindset until I was surrounded by it. VONA ’06 is basically where I came out. Since then I have done three other retreats and been a fairly active part of the community year-round. My first publication was in an anthology of VONA writers called Dismantle.

The talent flowing out of VONA is already making itself known. Tayari Jones comes to mind; she gave me a major shot in the arm when she said, “Pulling Oprah out of a burning car will not finish your novel for you.” And the people I came up with are blowing up: Jamilah King, Nayomi Munaweera, Deesha Philyaw, Lisa Ko, Adriana Ramírez, Dickson Lam, Kelli Stevens Kane, Irma Herrera, Tara Betts, Tara Dorabji, Ashaki Jackson, Kali Fajardo-Anstine, Sharline Chiang, Gail Dottin, Minal Hajratwala, Juan Alvarado Valdivia, Marissa Johnson-Valenzuela, Vanessa Mártir… another woefully inadequate list. Forgive me. Yeah, it’s a deep crew.

48H What is next for you as an author? What stories do you still need to tell?

AS I have a few stories rattling around.  Some are sort of like Knucklehead; others are not.  We’ll see.

James Tracy is the co-author of Hillbilly Nationalists, Urban Race Rebels and Black Power: Community Organizing in Radical Times. His next book (with Hilary Moore), No Fascist USA: The John Brown Anti-Klan Committee in the Reagan Years will be published by City Lights Publishing in 2019.

Conservatives take over one panel, but progressives still control budget and land use—and a new committee on homelessness could take on a big role.
Read more
Arts Forecast