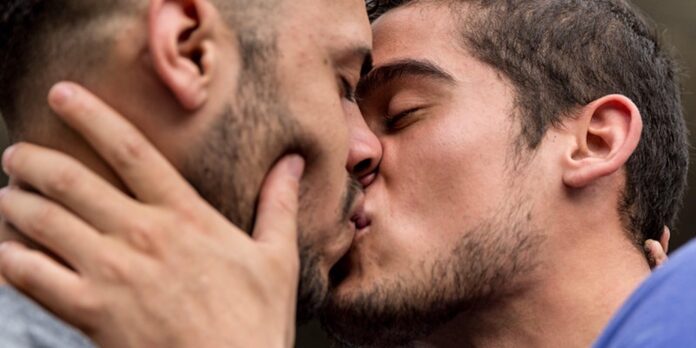 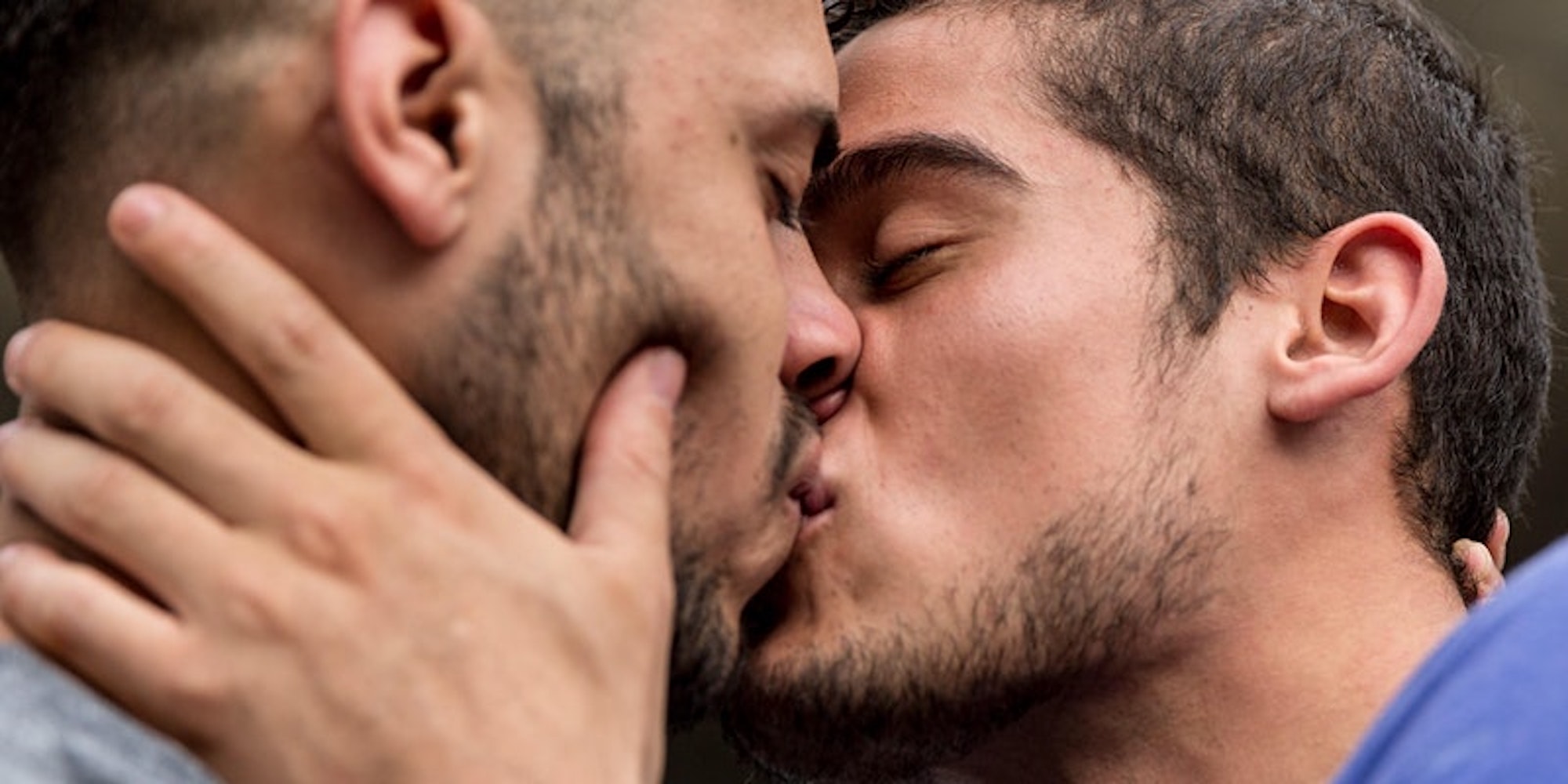 A guided tour through 'Yups' and 'Nopes' from sex therapist Digger—which you can take at your own pace.

When a group of gay men gets together, there’s one topic that is sure to come up—and that’s SEX.

Whether it’s yesterday’s lay, today’s tumble, or tomorrow night’s nailing, everyone invariably has something to say—except me, that is.

It’s not like I never hook up, but my romps rarely make for compelling stories.  If I were to tell a tale, it’d go something like this: I met a guy at a bar, we went home together, we got to first base, and we exchanged numbers—and, just like that, it was over. Now, who wants to hear that?

I do have carnal desires. Unfortunately, along with them, I have major insecurities and hangups, which make me feel so inadequate—especially in a city like San Francisco, where almost everyone I encounter seems so sexually skilled and liberated.

A helping hand came one evening in the form of a flyer for Digger’s “Bed Full of Fuck Yeah!” event. Scanning the QR code on the notice, I learned that it’s the second installment of a monthly workshop series titled “The Epic Lover,” designed to help attendees become “epic in the sack.”

As its title suggests, the class is meant to give students the skillset to fuck so well that they make their partner(s) howl obscenities. For the $25 cost of admission, it was definitely worth a shot.

The following Wednesday (hump day), I arrived at a private location in SOMA for the three-hour workshop.

After whipping out my proof of vaccination, I was escorted up a flight of stairs to a spacious room, furnished with several adjoining Ultrasuede sofas situated in an L shape around a gigantic gym mat. After scribbling my name and preferred pronoun on a stick-on tag, I took a socially distanced seat on a corner section of a couch against a hairy faux-fur pillow.

Looking at Digger, as he stood before us about to begin his lecture, I had no idea what to expect. Glancing around the room, I saw eight other students of varying ages and races, but all man- and gay-identified.

Most of them appeared to be radical faeries and some gave off a very pungent, pheromone-emitting odor that I think only other faeries can appreciate—especially in a stuffy room with very little ventilation.

“Everybody’s hungry for experience and this is a lot of experience for one night,” said Digger. This couldn’t be truer for many of us, who must have felt like caged animals just released into the wild after over a year of sheltering in place.

Digger’s qualifications to teach the class are many: He’s a charisma, relationship, intimacy, and sex coach with a master’s degree in psychology, a bachelor’s degree in biology, extensive training in the Somatica® Method of coaching, and a self-described slut.

He’s also the headmaster of the Comfort & Joy Queericulum. (Comfort & Joy is a queer community and arts collective that got its bearings at Burning Man, but has since added dance/play events in the City year-round.)

After introducing ourselves (name, preferred pronoun, and two adjectives to describe how we’re feeling), we were guided through a grounding meditation to bring healing energy to our penises, perinea, sphincters, and even PC muscles, which support our bladders and rectums and help control urine flow. Clenching the PC muscles is apparently a great kegel exercise for men.

While meditating, Digger instructed “If part of your body calls to be touched, then touch it.” I’m not sure if anyone took him up on that offer since my eyes were closed.

He then went over the agreements that we all had to verbally sign off on. The first was confidentiality, which is why I can’t tell you much about my classmates except that I instantly wanted to sleep with two of them. The second was that we’d be open and curious. The third was that all our contributions would be brief and relevant. The fourth was that we agree to confirm consent before any kind of sexual touch, and to express and respect boundaries around friendly touch which is otherwise welcome.

After acknowledging his white, male privilege, Digger explained how even the best of us can learn and do better. What’s more, those who do better want to engage with others who also aspire to do better.

Part of creating the “Fuck Yeahs!” is eliminating the “Hell No’s,” said Digger, and the key to that is understanding our boundaries and capacities and how to verbalize them.

We were quickly paired up in groups of two for a “Can I touch you there?” exercise. The way it worked was that each person asked their partner a series of questions like “Can I touch your arm, leg, chest?” etc. Each time the response was “Yup,” they’d perform the gesture and continue asking questions. But once a “Nope” was uttered, we would switch roles.

It felt a little weird, at first, to permit a total stranger to put his hand on me. But I was soon distracted by a feeling of déjà vu. The series of “Yups” and “Nopes” in quick succession was reminiscent of one of my favorite Bay Area rap tracks—E-40’s “Choices.”

It was fitting because this exercise was ultimately about making choices—to welcome or rebuff advances.

My “Nope” came after my partner asked to put his hand on my crotch and his “Nope” came after I requested to stroke his earlobe. If only consent were taken as seriously at some of the bars that I frequent, where hands seem to come at me out of nowhere.

After a 30-minute refreshment break—complete with crudités, hummus, sesame dressing, mini bran muffins, and herbal tea—we got the real tea for deciphering verbal and non-verbal cues in regards to interest or disinterest from prospective partners.

Then we were asked to think about where we feel our sexual charges. One person said the hair on the back of his neck and others said down their spines, along their shafts, or in their sphincters.

We were once again told to break off into groups of two to go through an exercise in which we were to pretend to be attracted to each other and ask the necessary questions to uncover what each of us is into in bed.

Even the thought of this was too anxiety-inducing for me, so I practiced setting my own boundary by stating that I’d have to sit this exercise (and any subsequent ones) out.

It’s also critical, we learned, to give people options, like “Do you like it hard, medium, or soft?” in order to negate quick yeses from people-pleasers. Open-ended questions like “What else can I do?” are also great in these situations.

Before we wrapped, there were two more practice sessions around intuiting and communicating consent and boundaries and an announcement about next month’s session—“Secrets of a Fantastic Lover,” which promises to teach students how to harness the power of fantasy to heighten sexual encounters.

As I left the building and in the days following, I thought a lot about the workshop. It was definitely beneficial and provided a lot of food for thought along with the hors d’oeuvres. But, to be frank, it was worth the cost of admission just for the story alone.

Secrets of a Fantastic Lover with Digger, Wed/1, $25. Tickets and more info here.

'You just go for it—and that’s when the roof gets lifted off places,' says the bassist-keyboardist, who's still going strong
Read more
Onstage

Will BenDeLaCreme finally put a ring on it?

The 'terminally delightful' drag queen confronts the madness of love and marriage at Oasis, in 'the strangest show I've ever done.'
Read more
Sponsored link