Dude. What’s the deal with the 420 gathering in Golden Gate Park? Stoners can’t clean up after themselves? Jeez.

Dude. Right?  I didn’t go to the one this year, but I have been to my fair share of 420 smokeouts in GGP while I always have a good time, I am often appalled by the mess stoners can create. 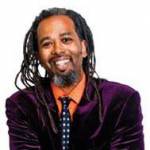 I suppose there are a few ways to deal with it. Perhaps the Parks department could put out a few extra garbage cans on 420. It’s not like this gathering is a surprise. Everyone knows it’s coming. Maybe people could, you know, prepare or something.  Perhaps someone would take it upon themselves to try to organize an “official” event with bands and sponsors and security and a clean up crew, but honestly, doing something like that is a big expensive pain in the ass.

And by the way, people aren’t supposed to smoke anything in the park, so to get a permit, you have to say that people won’t smoke. Who is going to go to a 420 fest that doesn’t allow smoking?

The volunteers at the Seattle Hempfest have to raise about $500,000 every year to put on their fest. The Portland Hempstalk just got denied a permit for 2014 because of all the pot smoking last year. So unless you know someone willing to spend hundreds of thousands of dollars and a few hundred hours dealing with red tape to throw a party in the park, getting a sponsor is gonna be tough.

I would also like to say that there is something cool about not having any sponsors. There are plenty of things to do in SF on 4/20. Most of them want your money.  There is something to be said for sitting on the grass in the sun listening to the drummers passing the weed around in a giant circle with a bunch of new friends. I can see how some people hate it and wish it would go away, but I think it’s one of those SF things like Critical Mass or Drunken Santa Flashmob: If it’s not your scene it probably seems asinine and problematic, but if it’s your thing, you will most likely have a good time.

In a recent interview, SF Mayor Ed Lee compared the 420 event to the big pillow fight held every year saying  “There’s no official sanctioning of an activity like that, and I’m not so sure we’re ready to.”

Oh and I bet if you show up at the next 420 fest with a box of garbage bags and start picking up trash, most of the people will start to help you. Stoners are like that. Sometimes they forget their manners, but they are usually happy to pitch in and help out.

Send ngaio a question at ngaio410@yahoo.com