The Morning After at Hobby Lobby

July 2, 2014 — Monday was a horrible day for women and workers in the United States, with the Supreme Court affirming its contempt for both groups in two decisions that continue the not-so-gradual erosion of their basic rights. 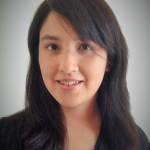 In Harris v. Quinn, the Court concocted a new class of worker called “partial public employees” to describe home health aides, a designation that Sheila Bapat points out “further entrenches the notion that domestic work is not ‘real’ work.” In the Hobby Lobby case, five male justices held that a closely-held, for-profit corporation can practice its religious freedom by denying its workers health insurance that covers contraception.

We don’t know yet what all the implications of the Hobby Lobby case will be (here’s one helpful analysis of some of the many ways the ruling is deeply troubling), but the immediate result is that Hobby Lobby, a chain of 572 craft stores with about 13,000 employees, will not be required to provide its workers, nearly 70% of whom are women, with health insurance that covers certain forms of contraception. So yesterday morning, after waking up with the kind of hangover I associate with feelings of revulsion and rage, I decided to see if I could speak with some Hobby Lobby workers about the decision.

The closest Hobby Lobby to San Francisco is about 35 miles east of the city in Dublin, a suburban town in Alameda County that sits at the intersection of I-580 and I-680. The brand new store opened this April in a 60,000 square foot building next door to a Target. According to this report, the store has 35-50 employees.

Hobby Lobby sells every conceivable type of crafting supplies. There are aisles of yarn, fabric, silk flowers, scrapbook materials, picture frames, home decorations, and more. One of Hobby Lobby’s four commitments to customers and employees reads, “Providing a return on the owner’s investment, sharing the Lord’s blessings with our employees, and investing in our community.”

The store’s layout showed a similar ability to mix commerce and piety, with commerce taking the first position. A few tables of religious decorations (ceramics decorated with scripture such as a brown plate reading, “As for me and my house we will serve the Lord, Joshua 24:15”) were located directly across from a display of “Bling Office Supplies.”

I arrived soon after opening, and most of the 15 or so workers were busy checking inventory. It’s tricky to talk with workers on the clock, and I didn’t want to get anyone in trouble, so I didn’t stay for long. One woman worker initially asked me to speak to her (male) manager, but when I said that I wouldn’t identify her, she opened up a bit more. “I believe health care is a personal choice,” she said, “but I work here, so I support Hobby Lobby.” She had been at Hobby Lobby since the store opened, and she appeared proud of it. She plans to remain on her husband’s health insurance plan.

Several women workers I approached were quick to say, “No comment,” or to ask me to find the manager. I spoke to one young male employee who said that the case was a topic of conversation in the employee break room, but that no one really expressed an opinion. He was not using Hobby Lobby insurance, because he is still covered by his parents.

The strongest rebuke to Hobby Lobby came from a part-time worker who was hard of hearing. She ran to her locker to grab a scrap of paper for me to write down my question, and became quite animated when she understood. “Just because Hobby Lobby is at the forefront with their religious beliefs, that doesn’t mean it reflects my beliefs,” she said. “Not at all.”