The Burning Man founder saw the ever-expanding festival not as countercultural, but as a transformative version of culture itself.

The death of Larry Harvey was a major loss for the Burning Man culture that started in San Francisco and spread around the world. Larry did more than just found a popular festival, he was a philosopher king who translated communitarian ideals and Enlightenment values into the modern era, inspiring new generations to creative expression and communal effort.

“He changed my life,” has been a common reaction in online forums and private gatherings since Larry died on the morning of April 28 at the age of 70, and in the preceding three weeks since he had a massive stroke in his home on Alamo Square. “Burning Man changed my life.”

Sure, that might sound cliché, and even trigger some eye-rolls among the critics of Burning Man, but there’s a good reason why people keep saying it. Because it’s true for thousands of people. Larry and the culture he cultivated did change people’s lives.

In a country dominated by consumerism and conventionality, Larry created an enduring space and culture that encouraged creative expression, communal effort, egalitarian social structures, decommodification, art, self-reliance, and self-invention—and burners took those values and experiences back into their communities.

Larry always said that he didn’t invent the countercultural values he later enshrined in the 10 Principles of Burning Man, but he gave voice to them and created a lasting forum where they could be practiced, in Black Rock City every August and in regional events around the world.

It’s also true that Larry didn’t create Burning Man on his own. Jerry James helped him build the original man they burned on Baker Beach on Summer Solstice 1986. John Law, Michael Mikel and the Cacophony Society—which had helped promote the event in San Francisco—brought it to Nevada’s Black Rock Desert in 1990 after authorities stopped the Baker Beach burn. Countless others made key contributions along the way. 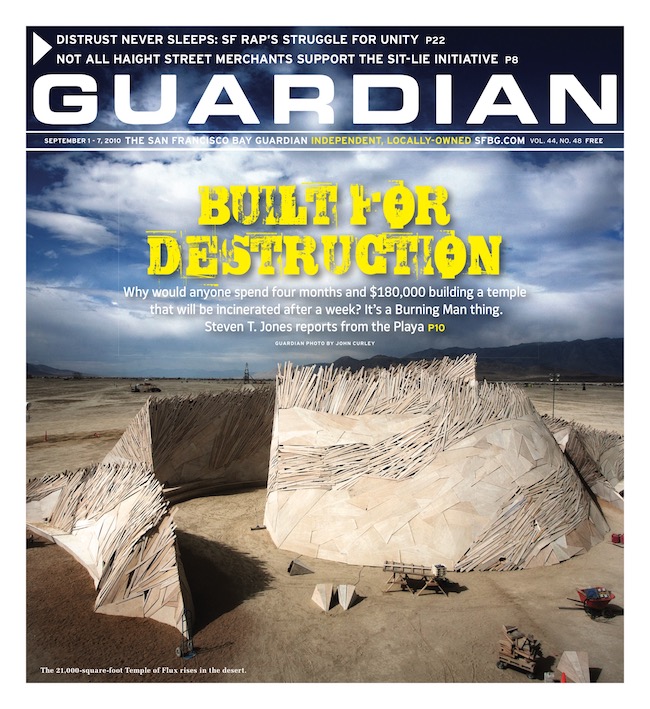 But it was Larry who had the vision for Burning Man as we know it: a temporary city on a wide-open canvas encouraging creative contributions from every citizen, laid out on a circular grid where bikes and mutant vehicles (aka registered art cars) are the only modes of transportation, and the economy is gift-based, with no monetary commerce allowed.

Larry has always chosen the annual art theme and written the essay that describes it, drawing ideas and musings from great thinkers from throughout the ages. He was an autodidact, extremely well-read for an iconoclast who never completed college, whose mind was always playing with the possibilities of new paradigms and ideas.

By design, Black Rock City is built almost entirely by its attendees. The Burning Man organization provides only the event permit, minimal civic infrastructure (laying out and watering the streets, selling ice, maintaining porta-potties, security and medical services, some art grants and support services, and building and burning the Man), and cleanup beyond the well-established “Leave No Trace” practices of participants.

That structure has periodically created concerns over the years, erupting in controversies over control and collaboration with some regularity. I met Larry at the end of 2004 while working as the city editor for the San Francisco Bay Guardian. A group of notable San Francisco artists and burners took out a full-page ad in my newspaper saying they “feel that this event which we made great has gotten away from us and we would like it back.”

I wrote a cover story about the controversy and what Burning Man has become, which I followed up with a year-long series looking at various aspects of the event. After Larry’s death, I reviewed a pair of long interviews that I did with him in December 2014 and September 2015, when he talked about his vision and the backlash to it.

“We’re the first scene that went civic,” Larry said at that first interview. “Instead of falling apart we instituted civic ethics. We said it’s a city and anyone can come…We actually had become a kind of municipality and that rubs some people wrong.” 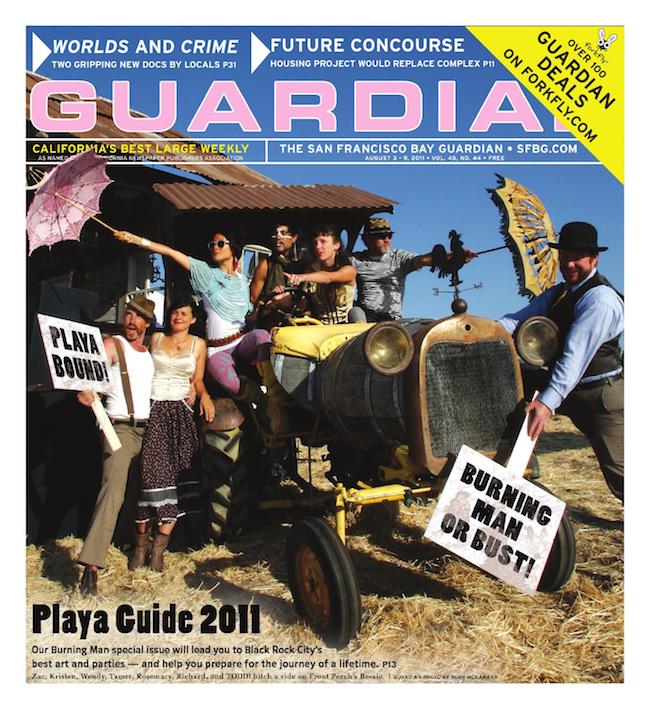 He said many of the burner rebels still wanted Burning Man to be an exclusive gathering for the freaks and cool kids, but he wanted it to spread the values he valued more widely.

“We sometimes pay the price for being regarded as utopian. When people look at you that way, anything less is a perfidious sign,” Larry said. “What they’re really afraid of is that the event will become inauthentic. And if you think further: Can you maintain the sense of community at that magnitude?”

By the end of that summer, after a Burning Man event that he said was the best ever, Larry felt vindicated and excited that the event and culture he created was finally on a trajectory toward greater societal influence and relevance.

“The group that came this year was a bit more noble in their intentions than any I’ve ever seen in a city this size. They’ve absorbed the idea of participation,” Larry said. “I thought we’ve come through. This is the revolution I’d hoped for all along… It makes me want to try to find ways to help translate it into the larger culture.”

Larry disputed the idea that Burning Man was countercultural, which he considered oppositional and actively antagonist. “They didn’t want to reform society, they simply wanted to be apart from it.

“There was this ‘fuck Burning Man’ attitude. We got larger so they identified us with the mainstream… Yet we saw before our eyes it transform into something else,” Larry said. “What came out of it is not countercultural. And I think that shows that Burning Man isn’t countercultural, but it’s culture.”

And that culture reflected the unique urban culture that developed in the city of its birth, San Francisco, as it was shaped by significant art and social movements over the second half of the 20th century and in earlier eras.

“San Francisco has always been a place apart and a center of eccentric and independent thinkers and what we started here I don’t think could have grown up anywhere else,” Larry said.“You can create a social context in which culture can be created, but you can’t directly create the culture… I’ve always said it depended on our ability to create genuine cultural vitality.

As interesting new developments kept unfolding in the Burning Man culture—including the creation of Burners Without Borders in response to Hurricane Katrina, a legal battle with Law and Mikel over ownership of Burning Man trademarks, the 2007 arson attack on The Man and resulting prison sentence of Paul Addis, and controversies involved in the conversion of Burning Man from an LLC to nonprofit – I kept covering Burning Man for the Bay Guardian and eventually turned that reporting work into my book, The Tribes of Burning Man: How an Experimental City in the Desert is Shaping the New American Counterculture.

While I’ve had my own conflicts with Larry over the years as I reported on some of the controversies in the Burning Man world, I always admired his vision and enjoyed talking with him. He had a real passion for ideas and enjoyed the art of conversation. But most important, he had a grand vision and the drive to pursue it through whatever obstacles arose.

Burning Man will go on without Larry Harvey. That was the whole idea, one reinforced by its conversion into a nonprofit. But his legacy will live on through the event and through the countless projects and ideas generated by the people whose lives were changed by Burning Man.

The Man will burn as scheduled on Sept. 1. And the man behind The Man will be reflected in the flames and born anew in its ashes, again and again.

We don’t need to ‘get back to work’

COVID-19 crisis is a chance to rebuild our economy around caregiving, working less, and combatting climate change.
Read more

Surreal, lysergic ingredients are there, but Oakland Museum's 'No Spectators' show misses the essence of the thing in the desert.
Read more
News + Politics

Cruising the beauty of Highway 1: How can a ride this epic be illegal?
Read more
Sponsored link

Readers sound off on the recently announced Another Planet Entertainment plan to manage the 100+-year-old cinema.
Screen Grabs

New management Another Planet Entertainment wants to "explode" the neighborhood with music and entertainment. But what about good old films and LGBTQ events?
Screen Grabs