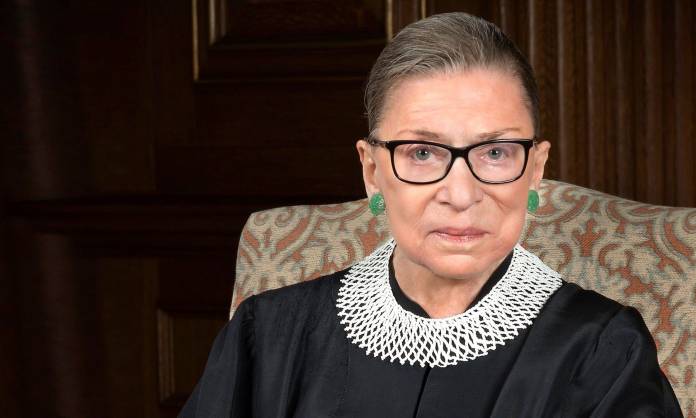 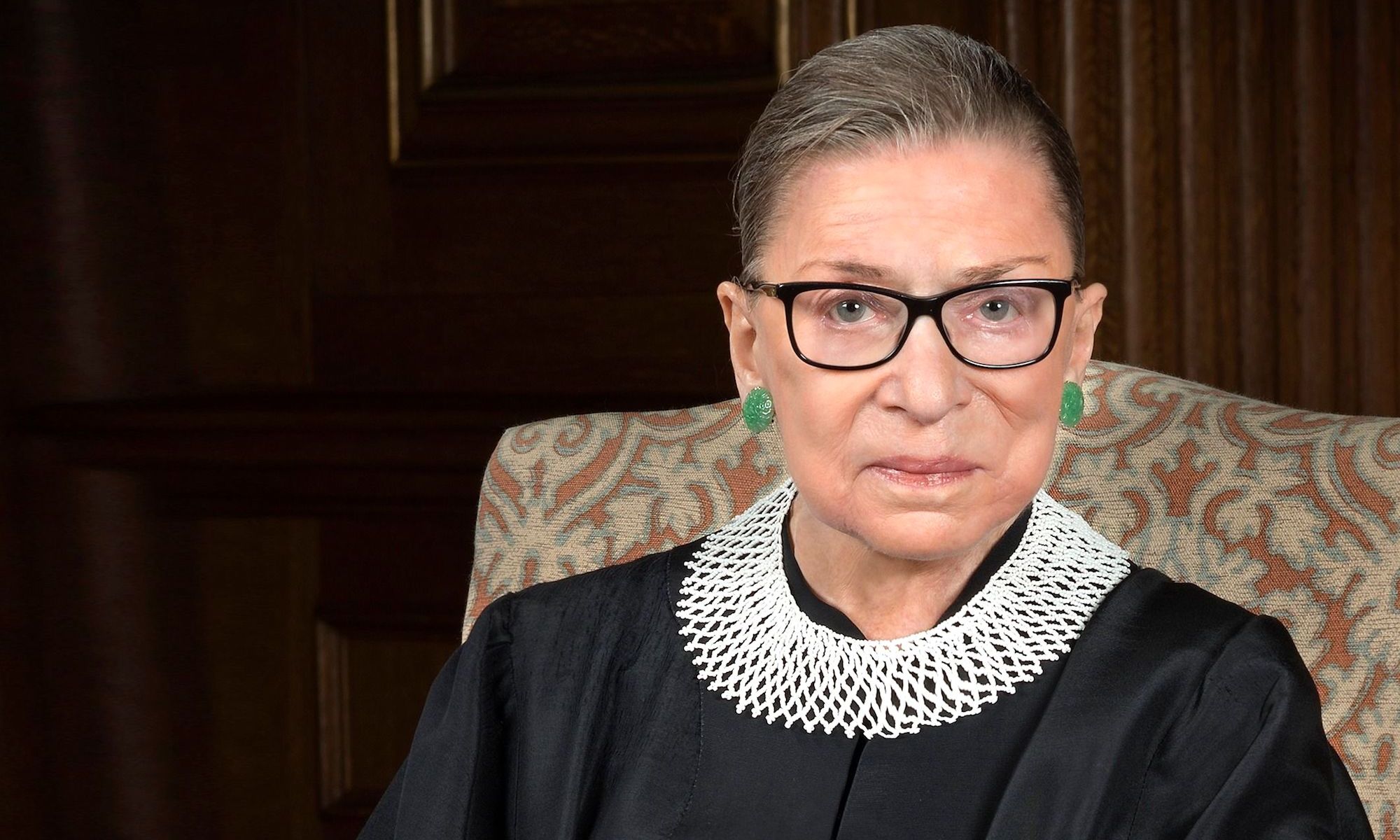 SCREEN GRABS It’s not normally a priority of this column to follow internal changes at Bay Area film organizations, but last week news broke that is a major blow to the film community in San Francisco and beyond. Yerba Buena Center for the Arts announced that, effective immediately, its film curator Joel Shepard and assistant David Robson would be “departing”—their positions eliminated, the entire film program put “on hiatus”—to help “maximize our impact in the world” and “enable YBCA to be a creative home for civic action.”

In this post for two decades, nearly since YBCA’s opening, Shepard has carved out a unique niche in the Bay Area and even national film world that’s only gained importance as positions like his (and venues that program non-commercial cinema) edge toward an Endangered Species list. His programs have brought considerable prestige to YBCA, while appealing to very diverse communities. He’s orchestrated major events that draw under-served demographics, like the annual New Filipino Cinema festival; given short runs to important films that wouldn’t otherwise be seen locally, from the rapturous recent documentary Cielo to Lover for a Day (see below); and programmed innumerable extreme rarities, Bay Area oddities and archival treasures from the avant-garde to vintage exploitation.

It seems his and Robson’s film program doesn’t meet YBCA’s goal of making some future incarnation “more fully integrated into our public engagement efforts and working in service of YBCA’s mission,” which is apparently now more political than arts-centric. But it’s difficult to see how the often politically-alert nature of what YBCA admits is Shepard’s “exceptional work” falls short—save by some narrow, murky new standard that that doesn’t bode well for the institution itself as a continued important part of the cultural landscape.

In any case, Shepard’s ouster feels like a slap in the face to filmmakers and film audiences. There are precious few such positions, and programs, left in the Bay Area—or indeed in the nation. It seems extremely short-sighted to throw one such out, particularly as it’s so highly regarded.

If you have any things to say on the matter, YBCA is “encouraging you to share them with us at FilmFeedback@ybca.org” through the end of next month—though be warned, a message I sent last week got no response whatsoever. It may be more effective to send any protesting words directly to the Board Chair and/or individual YBCA board members (listed at https://ybca.org/board) via YBCA, 701 Mission, SF CA 94103.

On the non-crisis film front, openings this week include Disobedience, the first English-language film from Chile’s Sebastian Lelio (A Fantastic Woman, Gloria), with Rachels McAdam and Weisz as two women whose romance rocks an Orthodox Jewish community. Also looking for love is Juliette Binoche in French director Claire Denis more lighthearted latest, Let the Sunshine In.

Those inclined towards non-fiction fare can schlep across the bridge for a global smorgasbord via California Film Institute’s four-day annual DocLands festival (at the Rafael Film Center, Thu/3-Sun/6). Or if you want something nonfiction, but also really pretty, as well as free and outdoors, PROXY closes this year’s Spring Series at the Lower Hayes Valley “Walk-in Theater” Friday night with Viktor Jakovleski’s Brimstone & Glory, a spectacular look at Mexico’s premier fireworks-manufacturing town.

LOVER FOR A DAY
Though he’s only just turned 70, Philippe Garrell has been making features for over half a century. His earlier work was often abstract and experimental, notably several titles featuring his then-companion Nico (of the Velvet Underground) and other druggy Euro countercultural luminaries. Gradually he turned toward slightly more conventional but still idiosyncratic relationship dramas, frequently involving his actor children (you may have just seen son Louis as the titular figure in Godard Mon Amour).

This latest is a typically economical, aesthetically immaculate (in widescreen B&W), intimate and surprising enterprise. Daughter Esther Garrel plays Jeanne, a university student who runs home to daddy’s flat after the breakup of her first serious relationship. She’s somewhat nonplussed to discover professorial dad is no longer living alone—and his new lover (Louise Chevillotte) is also a student about her own age. Needless to say, things get complicated. Simultaneously guileless and unpredictable, this very French seriocomedy probably wouldn’t get seen locally at all if not for YBCA’s already-fired film programmers. YBCA, Thu/3 & Sun/6. More info here.

IN THE INTENSE NOW
Garrel was the perfect age to be shaped forever by the events of 1968, when the whole world seemed to be hurtling towards massive change. Joao Moreira Salles’ quiet film essay, entirely composed of found footage plus his own first-person narration, examines that tumultuous year from four vantage points. In his adoptive nation France, a more radical youth-driven resistance to status quo authority nearly overthrew the government whole amidst May’s chaotic upheavals. In his native Brazil (he’s brother to Central Station and Motorcycle Diaries director Walter Salles), a military junta was busy silencing all liberal voices.

Meanwhile USSR tanks similarly crushed “Prague Spring” progressivism in Czechoslovia, and China’s already-in-progress Cultural Revolution would destroy countless lives in an unprecedented ideology-driven scourge. Somewhat didactic in a very ’60s manner (Chris Marker and Godard are clearly influences), this 127-minute archival flashback is nonetheless a potent reminder that while politics today may seem out of control, a half-century ago they appeared even more cataclysmic to many. Roxie. More info here.

SINS OF THE FLESHAPOIDS
Still, the prize for this week’s most unmissable revival might go to Mike Kuchar’s 1965 underground classic, a 43-minute camp sci-fi epic in gaudy 16mm color that was his first directorial effort without twin brother George. Nonetheless, the late and lamented latter is very much here, as the tyrannical “Prince Gianbeno,” with Kuchar regular Donna Kerness as the erotically roiling “Princess Vivianna,” and one Julius Middleman as a hunk who seldom wears a shirt, thank god. In the distant future, humans live a life of feckless luxury, catered to by humanoid androids—but these slaves are getting restless. A favorite of John Waters’, this woozy delight will be screened (with Mike Kuchar present) to celebrate its DVD re-release. It’s the main but not the only attraction in a “Comedy of the Underground” program that also includes a vintage documentary about George K. Sat/5, Artists Television Access. More info here.

COLD WATER
A generation after Garrel, new filmmakers like the now-mainstream Olivier Assayas (Clouds of Sils Maria, Late August Early September) emerged to pump fresh blood into French cinema. Never commercially released in the US until now, this 1994 feature was nonetheless widely seen enough on the festival circuit to announce him as a major French director. (Two years later the contrastingly playful Irma Vep would prove his international commercial breakthrough.)

Nearly plotless, it follows two disaffected youths from variously dysfunctional family backgrounds as they run away to the hopeful sanctuary of an artists’ commune. En route, they stop at an abandoned house turned teenage squat where a seemingly never-ending, druggy party goes on—the film’s most memorable setpiece. Bridging the Nouvelle Vague terrain (the film is actually set in the early 70s) with a harsher new realism, Cold Water is a seemingly offhand yet memorable slice of life that’s well worth catching up with. Roxie. More info here.

TULLY
Though it didn’t attract many awards or much of an audience, 2011’s barbed comedy Young Adult was a near-perfect match of talents, notably star Charlize Theron, scenarist Diablo Cody and director Jason Reitman. So it’s definitely good news that they’ve all retimed on this equally worthwhile if less acidic seriocomedy.

Theron plays Marlo, a woman exhausted by the demands of two young children (one a difficult “special needs” case), with a third on the way. Adding further stress, she and her husband (Ron Livingston) are barely keeping their heads above water financially. Her much more comfortably situated brother (Mark Duplass) offers a gift they can’t refuse: A “night nanny” whose ministrations will allow them to actually get some sleep and enjoy their lives a bit. The arrival of Tully (Mackenzie Davis) proves liberating in many ways for Marlo—maybe a little too much so. Clever but not as self-consciously so as many of Cody’s prior scripts, this very well-acted and -crafted domestic semi-fantasy makes a late conceptual leap some may find too gimmicky. But it’s still a fine movie that shows all participants in peak form. At area theaters.

RBG
If Tully is about an ordinary woman drowning in ordinary responsibilities, Julie Cohen and Betsy West’s documentary celebrates the remarkable life of a woman who never let herself get in any such predicament—despite having children of her own in a much less liberated age. Ruth Bader Ginsberg was among the very first women admitted to Harvard Law School; when no law firm would hire someone of her sex, she went into academia. The rising tides of Women’s Liberation pushed her towards gender equality work, and soon into the courtroom, where she successfully argued several key discrimination cases before the Supreme Court during the 1970s.

Presidents Carter and Clinton boosted her towards a seat on that judiciary, where she is now perhaps the most influential (and certainly most beloved/loathed) dissenting voice on increasingly right-leaning decisions. This fond portrait shows that at age 85 she’s still all work and (almost no) play—though we do get glimpses of her opera fandom, workout routine, and surprising friendship with arch-conservative colleague Justice Scalia. Embarcadero. More info here.

BYE BYE GERMANY
Moritz Bleibtrau has been a big star in German-language territories for at least twenty years (since Run Lola Run), and he’s had a few Hollywood roles as well as some big arthouse hits in the interim. Still, it’s doubtful many US cineastes know who he is, though they might recognize him as a familiar face. Once he begins to register, however, he becomes one of those actors whose name in the credits immediately brightens expectations.

In this seriocomedy from Irina Palm director Sam Garbarski, he plays David Bermann, an inveterate hustler who’s survived the concentration camps and is trying to figure his way from broken 1946 Frankfurt to a viable future in America. He drafts a crew of other desperate men to come up with a linen-selling scam that will generate the money, official paperwork, and so forth to get them there. But a nosey German-American Allied Special Agent (Antje Traue) might derail that, as her investigation keeps threatening to uncover some unsavory things Bermann might have done to stay alive during the war.

It’s not easy to draw humor from this subject matter, but Bye Bye manages it, delivering a sort of antic caper with a dead-sober undercurrent. And Bleibtrau expertly balances persuasive charm, comic finesse and a certain tormented pathos in a typically strong star turn. Opera Plaza. More info here.

Previous articleLuxury yachts — or 5,000 school kids learning to sail?
Next articleConway urges donors to back Breed through IE