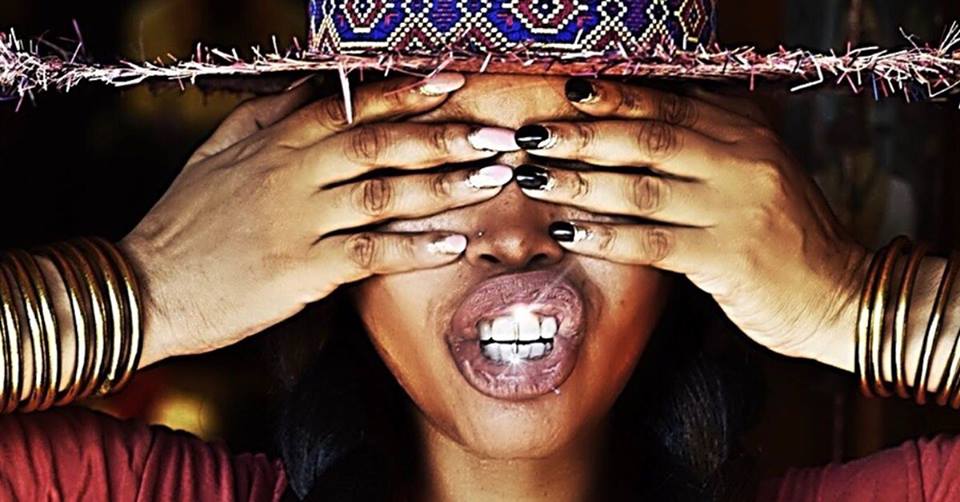 ALL EARS Things were not looking good at the Warfield on Friday as we waited for Erykah Badu. Though the billing advertised “doors at 7, show at 8,” there was no word on an opener, and we arrived to find a DJ holding the crowd over. People had been there for hours and were grumbling loudly, some evacuating their seats perhaps for good. Eventually came the sinking feeling that the singer might not show up.

Then someone came onstage to absent-mindedly cue up a few more songs. The band appeared and went into a lite funk groove as the keyboardist worked the crowd. The instrumentalists took showy solos; someone had to dazzle the audience. A lot of people went apeshit, but I could see others who weren’t buying it. The band was clearly trying to kill time while harried venue goons searched frantically for the singer.

At around 10pm, Badu drifted out from the corner of the stage, face hidden behind Klingon-length hair and an oversized gold hat, each footstep illustrated by the plod of the drummer’s tom, as if she were shaking the earth with the weight of her footfall like Godzilla. It was a good trick, but she seemed to be testing us, as if asking if another minute was gonna kill us.

It was a relief to sink into her voice. Still, a whiff of discontent lingered around the room. She spent most of the first part of her set on arty numbers like “Out My Mind, Just In Time,” which didn’t do much to unclench the teeth of people who’d come for “Tyrone.” She spent minutes between songs fucking around on a drum pad, and when she flipped the crowd off during “Me” and declared that you had to see her live to get what she’s about (she hasn’t made an album since 2010), it seemed as if the audience was totally outside her sphere of concern. About half an hour in, she announced she didn’t have much more time, so she “wasn’t going to waste it.”

That turned out to be only about a quarter of the way through the set.

Instead of dipping out early, she hung her hat up—literally, letting her full length of hair fly—and stayed. And the show kept building and building and building. The songs got fuller, faster, and funkier. She stopped trying to look untouchable and bounced around the stage with abandon. Even her stage banter got funnier; she ordered food for no one in particular at one point (“extra large drink, extra large fries, extra large everything!”) and at another improvised a list of about a dozen increasingly outrageous aliases for herself. The show peaked when Yasiin Bey (f.k.a. Mos Def) wandered out from the wings and started spinning in circles as Erykah egged him on: “Come on, Yasiin!”

She repeatedly expressed a desire to “go back to Baduizm,” her first album. Compared to her newer music the songs from that album are tighter and hookier, snappy rather than slow, delivered in a patter that’s practically rap. But these were songs by a different Badu. It was hard to reconcile the slow-talking, slow-moving woman onstage with those songs, which crammed in so many witticisms and observations which now seem outside the cosmic bubble in which she floats.

She didn’t play much from her New Amerykah records, which was disappointing. I prefer those albums to her older work, and she seemed more at home performing from them. “Tyrone,” “Window Seat,” and the unbelievably funky New Amerykah Pt. II cut “Love” were all teased but never delivered on. But against all odds, she delivered a surplus of music rather than a drought—almost two hours in total, wrapping up around midnight. When her band ended with the same theme they’d opened with to hold the crowd over, it felt like their way of saying “gotcha!”

Puff: A day for dabs

Screen Grabs: From the dark, to the streaming services