More
UncategorizedIs a Park Avenue, NY building the future of...

Is a Park Avenue, NY building the future of SF?

By Tim Redmond
January 8, 2015
Share on FacebookShare on TwitterShare on LinkedInShare on RedditShare on Email 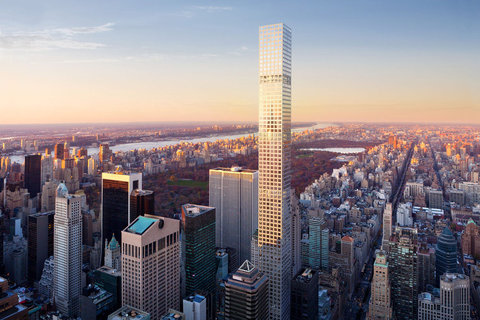 JANUARY 9, 2015 — It’s not going up in San Francisco. But the story behind 432 Park Avenue, in Manhattan, has some resonance in this city — as even Fortune Magazine points out.

The 400,000-square-foot tower, rising taller than the Empire State Building, will have room for only 140 residences — and by most account, many will barely be occupied. Consider the marketing plan:

Notably, while Macklowe Properties had kept 432 Park Avenue’s units off of popular broker databases like StreetEasy and the Residential Listing Service (RLS), the firm was going full-throttle in its attempt to court the Russian oligarchy. A kind of traveling sales office was set up at the Ritz-Carlton Hotel on Moscow’s Tverskaya Street, where dozens of billionaires pass through the lobby each day.

The concept is to create “housing” that’s nothing but trophy investment property for the super-rich.

San Francisco falls into the same category as Manhattan — a nice place to park international money. But as Fortune points out, this is more than just a highrise for billionaires, which might be passed off as a passing fad.

It’s a sign of everything that’s wrong with the economy today, a monument to inequality.

This coming spring, the few dozen occupants of 432 Park Avenue, North America’s third-tallest building, will begin to move in. They will furnish their palatial apartments against a global backdrop of deflationary fears, central banks in perpetual crisis mode, massive unemployment, and stubbornly stagnating wage growth for 99% of the world’s population.

In previous generations, when towers of this scale were erected, they were monuments to working. 432 Park, unlike the Chrysler Building, the World Financial Center, and the Empire State Building, is a monument to owning.

In the Medieval era, towers were erected to separate royalty and feudal overlords from the rest of the population during times of plague and suffering. It was an effective barrier, both physical and symbolic. A 1,400-foot skyscraper, in America’s most populous city, in which fewer than 100 people will reside, is perhaps the perfect present-day parallel to such behavior. The ascendance of 432 Park Avenue to its now-dominant place in the skyline says more about the state of our world than a thousand Thomas Pikettys typing on a thousand keyboards ever could.

And that ought to be part of the discussion about San Francisco housing. How much of what we are building is simply a series of gated communities that represent everything that a diverse city with a stated goal of fairness and equality ought to oppose?

Maybe at a certain point, luxury housing in SF is more than useless — maybe it’s creating a class structure that will tear the city apart.

Are you listening, Mr. Mayor?

The city's moving to establish a public-power system—but we should also talk about accountability for the politicians and media that enabled an illegal monopoly for so long.
Read more