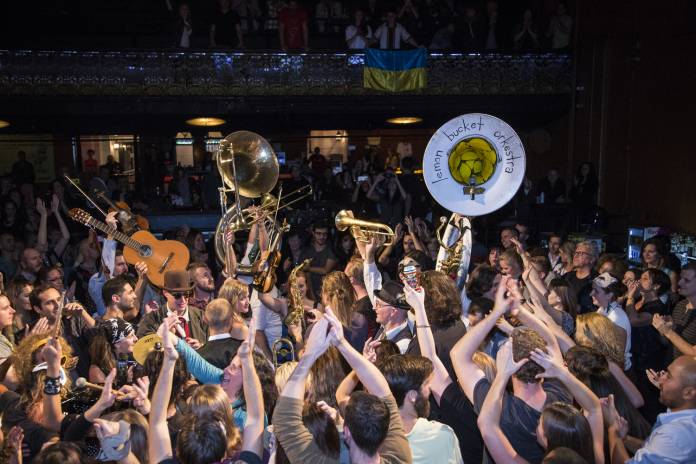 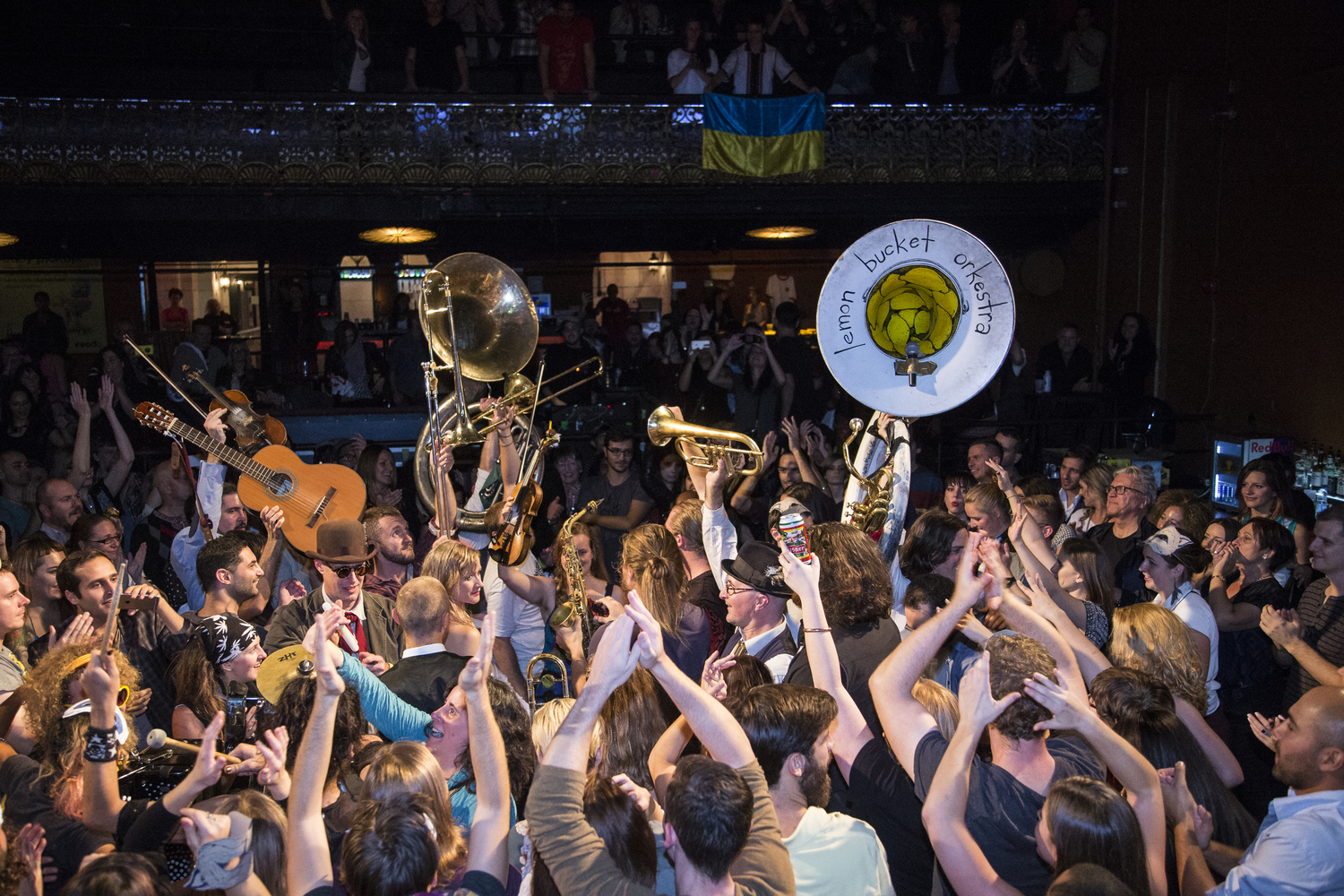 ALL EARS Protests are a form of performance, of course—even the most spontaneous ones. The attempt is to seize the public stage to proclaim certain ideas as (at least temporary) fact.

Two upcoming performances intend to immerse audiences in the “polyphony of protest,” making them part of the action, as all hell breaks loose around them. February 22-March 22 we get the exciting The Compton’s Cafeteria Riot, “an original, interactive theater piece directly inspired by the historic riots that launched transgender activism in San Francisco.” That’s co-written by Tenderloin ladies who may not have been at the pivotal Compton’s Cafeteria Riot, often called the original Stonewall, but who’ve lived through several decades of the neighborhood’s changes.

But first we turn toward another more contemporary, highly charged instance: The 2014 Maidan Revolution in Ukraine. Can the experience of this monumental event half a world away, the implications of which are still roiling through our own politics, be conveyed via a guerrilla folk opera occupying the massive Oakland Metro Operahouse?

Audience members are invited “to dance, sing, and eat—and hurl foam bricks, dodge men with guns, witness violence, and join in the rituals of public mourning” in an attempt to recreate the raucous, thrilling, panicked, and very dangerous environment of the protest itself. Found footage is projected on the walls. Masks are worn. Joy mixes with sorrow. All to great music.

But the traditional Ukrainian folk turn—winter-solstice songs, marching songs, wedding songs—isn’t such a far cry from the band’s regular sound, which becomes especially poignant in the revolution’s context: It was born of the conflict between staying in the Eurozone or become more closely allied with Russia. (The revolution was soon followed by Russia’s invasion of Crimea, and it all still remains a very messy situation.) This music can transcend borders and conflicts, Europe and Asia, cities and mountains, history and imagination, all while being firmly rooted in tradition and, best of all, beauty. (And a good bit of dancing as well.)

Counting Sheep was written by two people who were actually there for the Kiev protests, which started out peacefully but then became a battle zone: Marichka Kudriavtseva, a Ukrainian French chanson singer whose band’s gigs were canceled by the eruption of street protests against the president’s move towards withdrawing from the European Union on January 21, 2014, and Lemon Bucket Orkestra’s Mark Marczyk, who had just landed in Kiev to work on a film score.

“My director said, ‘Don’t even think about going down there. Everybody has to stay in the hotel,'” Marcyk told writer Mark Fisher of Playbill about the experience. “As soon as he said that, I went down. I just wanted to see what it was.” He recounted being amazed by the size of the protest site, with its makeshift library, medical center, kitchens, and barricades, and how the urgency of the situation that was springing up around him compelled him to help.

Kudriavtseva, meanwhile, didn’t think of herself as a political person, but once she heard people were being shot in the streets she joined the protests in 20-degree temperatures, and was soon shoveling snow into barricade bags. “When this happened in my country, I could not sit by and watch.”

The experience brought Kudriavtseva and Marczyk together (The two were married in 2015 and Kudriavtseva now lives in Toronto) to figure out how to turn what they had witnessed into theatre. After clunky attempts, they finally hit on the immersive model: “For me, community was the Number 1 important thing,” Marczyk told Playbill. “I came to Ukraine, I didn’t know anybody and my language was not that good, and I found a connection to people through music.”

That sentiment spurred the idea to jettison all dialogue, and let the story tell itself through the country’s traditional melodies. “What if we just tell the story using these 1,000-year-old songs in which the weight of Ukrainian history is embedded in every single note?,” Marczyk said.

Ultimately the success of the show depends not just on the performances but the willingness of the audience to empathize with the people in such fraught situations. “The show is a choice,” Marczyk said. “How do you choose to react when you’re faced by these kinds of questions? If we’ve done our job correctly and activated your emotions then you will open yourself up to answering those questions for yourself.”