More
UncategorizedProsecutors almost always get grand jury indictments. Except in...

Prosecutors almost always get grand jury indictments. Except in Ferguson 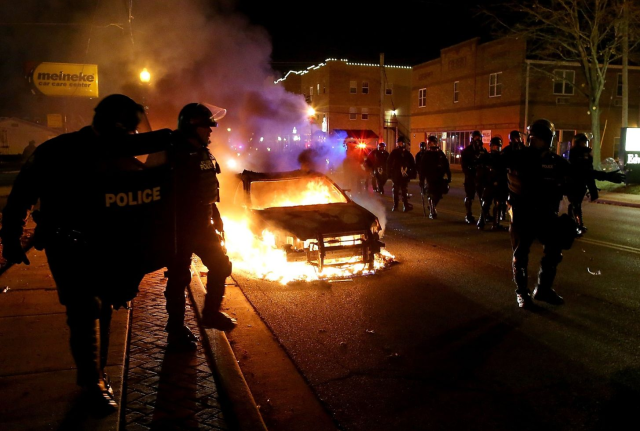 NOVEMBER 25, 2014 – The news that a Ferguson police officer would not be indicted hit just as my investigative reporting class at City College was starting. We delayed things a bit as my students checked in on the web and got the basic info: A grand jury in St. Louis County, made up of nine whites and four African Americans, had decided that the evidence didn’t support a criminal charge against Darren Wilson.

I have not read all of the documents. I wasn’t in the Grand Jury room. But we took a moment to talk about some of the questions that ought to be raised in the wake of that decision, and they start with this:

What, exactly, did Prosecutor Bob McCulloch present to the jury, and how persuasive was it?

It’s odd: Most of the time, prosecutors are on the side of the cops – and most of the time, when they present a case to a grand jury, they get an indictment. If anything, the problem is that grand juries are unfair to defendants. You know the old saw: “If a district attorney wanted, a grand jury would indict a ham sandwich.”

I know of very, very few cases where prosecutors have vigorously sought indictments and have been turned down.

A grand jury indictment isn’t a trial. The jurors hear nothing from the defense; it’s a one-sided chamber where only the prosecution gets a say.

Ferguson is a majority African American city; the grand jury, selected from the entire county, was dominated by white people.

That starts off as a problem: The panel was going to have credibility problems.

Now Ferguson is in flames, and there’s going to be discontent in cities all over America.

It’s very rare for a prosecutor to file criminal charges against a police officer. District attorneys work with cops; they don’t like to flip the deck and put the cops on the defense.

That’s been a longstanding problem with the criminal justice system in this country.

Mix in a white prosecutor, and majority white grand jury, and the highly unusual outcome of a prosecutor failing to get an indictment, and you see why people are angry.

An indictment isn’t a conviction. It’s just a statement that someone ought to go to trial. The bar is relatively low.

Again: Not in the room. Maybe the prosecutor tried as hard as he could and was unable to reach that bar. Maybe race played no role in the grand jury decision.

I’m not into violence; looting and burning often hurts the very communities that have already been damaged. But the message that things are not okay in Ferguson, or in the United States – that this was an unusual outcome – seems hard to ignore.