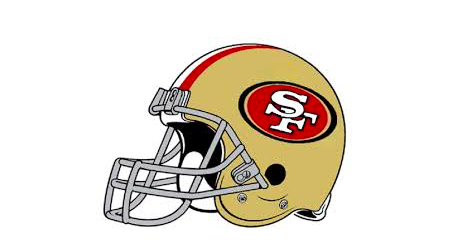 As expected, the Cleveland Blank Helmets put the freeze on yesterday at Frozen Solid Soldier Field and dispatched the Bears as if the Bears were not the Bears. Brownout QB DeShone Kizer piled on two more INTs for his league-leading 21, and the Browns, once again, put in a professional job of losing that, really honestly, just can’t be beat. Won. Beat. You know what I mean. As the fans filed out to the parking lots and the trains, you could hear the classic refrain echoing off the concrete: “Well, we may be bad, but at least we’re not the Browns.” And really, who can be?

The Perfect Season and the Perfect Season Parade is on the line next week. The Steelers play host, and they are still fighting for something called 1st seed, whatever that is, but I think it means they’ll be playing Road Kill with the Browns, whether they like it or not. But, what if New England is ahead by 40 points by halftime in their game? Will the Steelers pull the plug and give the Browns an opening to blow the whole thing? Here’s your question:  How many starters do the Steelers have to rest before the Browns have a shot at winning?

Ok, we can’t call them the Whiners anymore. Doormats DO NOT score 21 points in the 4th quarter. Doormats are gassed and hitting the oxygen in the 4th quarter.  Following up last week’s resurrection of cheering at Levi’s Stadium, the Santa Clara 49ers rack up 44 points on what is supposed to be a great Jags defense, to the delight of a delirious half-filled stadium. Maybe this is a good preview of playoff performance coming up for the Jags. The fighting over by the bench was a nice touch. They may be a turnaround team (worst to first), but on Sunday, ‘turned around’ had a different meaning.

The Niners, six games under .500 at the start of the game, beat the Jags, who were six games over .500. This almost never ever happens.  It’s a humongous upset. Thank you, Whi-  Niners, I mean, for supplying some late season heroics for Underdogs everywhere.  Woo-Hoo!!

There is always something special about watching your team leader completely losing his cool as the game winds down to another close loss. Gain over 400 yards of offense and lose! Confuse the fans! Of course, the Bucs do this as a game plan most weeks, so hats off to the whole organization for this inexorable drive to 2nd place in the NFC Doormat. The Bucs leapfrog the 49ers and Bears, but have run out of games to lose to catch the Giants. Just too much ground to make up.

Controlling your own destiny is asking a lot, and the Bills confirmed it was too much to ask. The Pats got their usual preference treatment, and the Bills got a TD swiped from them.  Good lord, doesn’t the league ever learn? The Bills now need all kinds of help to make the playoffs, but it could still happen. 17 years of no playoffs.  Tick…tick….tick
GIANTS 0, CARDINALS 23

In a must-lose situation, with the Colts breathing down their Moldy Carpet necks, the Giants pulled off a shut-out for the Cards (first time in 25 years) and have to lose again next Sunday against the Washingtons to be, at least, the second worst team in the league.  Three turnovers, ten penalties, 1-13 on third down. Solid.
RAIDERS 10, EAGLES 19

Remember last year? When the Raiders had seven come-from-behind wins? Watching this ghastly idea of a Christmas Day entertainment yesterday, it was clear that the Raiders had ironed all that come-from-behind stuff out of their routine and game plans. On the Eagle side, maybe Nick Foles can Trent Dilfer his way to the Super Bowl. The Eagle defensive line eliminated the word ‘pocket’ yesterday.  And now, the Raiders just have to lose one more, and they’ll have 10 losses, and we’ll have to let them back in the Basement. They take up a LOT of space.

Yep, always save the best for last, as long as the L is long since decided.

Eighteen Punts. EIGHTEEN. The Jets gave up 379 yards to the Chargers, but it was barely enough. Wasn’t “Three First Downs and a Punt” a movie with Hugh Grant in it? The Jets staged their own funeral yesterday, hitting the 10-loss gold standard for Doormat membership. The Chagrins, ridiculously, could still make the playoffs. I nominate them for Doormat Rep to the Playoffs.

The Pittsburgh Steelers and the Houston Toxins played a rousing game of Road Kill yesterday. You can hang as many ornaments as you like on that sucker. It’s just kinda hard to cover that many tire tracks.

The Indianapolis Colts can still be the second-worst team in the league. They can also be one of the worst for their own franchise, all-time. So many milestones to hit. But, the Houston Toxic Cloud looms on their Sunday horizon, so don’t start counting your sacks before they hatch. One more loss to cross.

The Colts can tie their 1981 team for worst season in franchise history (2-14), but they can’t touch the 533 points they gave up, which still stands as the most points given up by anybody anywhere on the planet. I think that goes for Mars and Venus, too. Pro-football-reference doesn’t have those stats, so I’m going with my interstellar gut on that.

The Fins went 0-8 on 3rd down. Mix that with 11 penalties for 75 yards, and you can just imagine the fun. The Chiefs are back on their game, and hey, no fair, you guys are faster off the ball than us! If the Floppers can blow it next week against the Bills, no gimme, they’ll have the coveted 10th loss, and a spot on the sofa for the winter.

The Lions just can’t leave it alone. Some team comes along, eager to get their 10th loss, and the old Kitten Pride surfaces, and they steal a loss from them. It’s getting old. But, what can you expect from someone who once ruled the Doormat Division like Gods?

Well, the AFC can end with as many as 10 teams with 10 losses this season, while the NFC is already done with only 4 teams with 10 losses. Clearly, the league needs to do something about this imbalance, and instill some kind of parity with losing. It’s the right thing to do.

By the way here’s a fun link to each NFL team’s worst season, brought to you by the nice people at ESPN:
Please note that that article is somewhat subjective, as there are some seasons by the listed teams that were “worse” by record.  Still, a good read.
Oh, and if they haven’t already left town, make sure you apologize, sincerely, for all the incredibly dumb stuff you said yesterday after your third spiked egg nog and half the family isn’t even speaking to you. In the Basement, we learned long ago that pride is just a foolish vanity. And after a while, you learn how to prepare crow so it goes down better. We can provide some handy recipes.  All you gotta do is ask.
aaaAAAAAAnd THAT’S THE VIEW FROM THE BASEMENT!!!