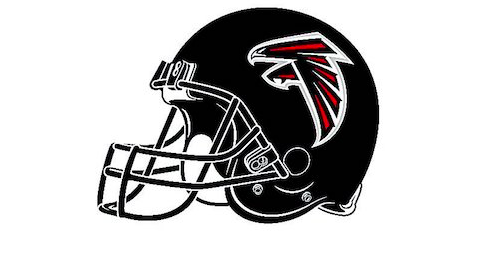 This season, every week a whole new set of NFL teams decide to be the worst team in the league. Everybody is trying out the new clothes, seeing how they fit. Can they miss a tackle, get a personal foul, turn the ball over, shank a punk or — this year’s new wrinkle — clank extra points and duff field goal tries in that new outfit? Black and red? Green and yellow? Red and gold?

So far, there are only two teams that appear to be unable to score points in amounts that would have any bearing on an outcome: The Arizona Cardinals and the San Francisco 49ers. And they played each other this week. Everybody else takes turns putting up a zero and then 34 points. ONE consistent factor — about 10 teams can give up points all day long. So, let’s face it — sloppy as hell and completely entertaining. Unless you are looking for excellence. You really should re-think that, if you’re watching football.

The NFC has a huge logjam at 1-4. The AFC, after Oakland and Indy, is rife with teams that are playing Doormat ball on alternate Sundays. Could this be the year where eight teams go 8-8?

The Whiners pulled a classic move yesterday — have a great first drive and then screw up for the next 55 minutes. They got right to it after the TD by missing the extra point, the new favorite play in the NFL. But then, it was time to give the Cards the ball. And boy, did they.

Faced with a team that can’t move the ball on a team of grandmothers in walkers with tennis ball skids, the 49ers strategy was to turn the ball over deep in their own territory and hope the Cards stumble into the end zone. It worked! Five turnovers helped push the Cardinals (c’mon get in there!) into the end zone for 21 of their 28 points. Scintillating drives of 18 and 26 yards and a fumble return for 23 pretty much accounted for all of Arizona’s yardage, save for the first play of the game, where the Whiners opened up their Freeway Defense for a 75-yard pass and scamper by the Cards. After that obvious ploy, the Cards shut down all open field options in an effort to remain un-victorious.

They punted eight times. They went 2-12 on first down. They kept their defense out there so long, guys were receiving junk mail on the field. Nothing worked. The 49ers got under the Cards low bar, and look out Green Bay, the Whiners are coming for you next week.

Never mind about the Pats and the Basement. The Colts demonstrated how you score points, but still get shellacked, and the Pats won’t get the hang of that until next year, if ever.

The Stiff Of the Week is a Browns victory. The Browns aren’t even in our standings this week, the first time in….ever. It’s a milestone. It’s a millstone off their necks! That’s three OT’s in 5 weeks (the record is 5- ’83 Packers and ’03 Panthers).

The other stiff of the week, delivered by the usual parties. But the Bills take the win, stunned by Titans QB Marcus Mariota not chalking up come-from-behind 4th quarter win #15, despite avoiding sacking him as much as possible, for fear of the yellow hanky.

The Titans braked hard and kicked field goals all day, and shazam, the Bills found themselves pushing one over the crossbar with 0:00 left on the clock. This, THIS is what you get for depending on the other team. You gotta take care of these things yourself.

The Lions demolish the Packers in Detroit. Did that feel good or what? The Pack take their Doormat star turn this week, falling behind 24-0 with the noodle leg of Mason Crosby missing four field goals and clanking an extra point. But let’s not put all the blame on Mason. This was a team effort. Mason just gave it eloquence and pathos. The Doormat Division is loving the upside down NFC North.

Raiders-Chargers games have a long history, and have often featured wild contests, and also brutal clashes of will. This one was about showing just how bad the Raiders are going for this year, and it looks formidable. If Raider fans had any doubts, this answered it: after the Chargers went up 20-3 on a field goal late in the third quarter, the Raiders drove the length of the field, on a must-score drive. Then, on second and goal, on the brink of making a statement, QB Derek Carr threw a perfect-strike interception in the end zone. Even I saw the guy standing there. The Raiders, like a drunken Jack Sparrow, then led the Chargers down the field 96 yards for the TD and good night. Yo-Ho-Ho!

Raiders should lose 12. Get comfortable on the Barcalounger, guys, you may be the AFC Doormat Champs. Good job, Mark Davis, the team looks ready to move already. Or, at the very least, go hide in the desert.

They kept it close, but they didn’t falter. Giants 1-4 and tied for the league lead. Kudos, again, to our Doormat teams for supplying a wild game.

The Jets are WAAAY better than the Broncos. For one day. Next week, don’t bet on it.

You keep winning close games, you start to believe things. Cowboys, on the other hand….maybe I should get that corral finished…maybe I’ll just turn that first fence post into a hitching post.

The Steelers were teetering on our top step to the Basement last week, found the light switch and…that put the scare in them. Failcons can’t stop anybody and really like giving up the long bomb, so 1-4 and looking strong in the NFC. They just have to stop scoring points so often. But, I dunno, this year that doesn’t seem to matter.

After this one, maybe old-timers in the northwest who still complain about getting force-fed Seahawk telecasts instead of 49ers or Raiders will think again. Maybe you’d RATHER watch the Seahags blow another one instead of the Whiners or Raydurz, you know? Where’s your comfort zone? Which telecast is easier to turn off and go shopping for mulch?

Well, the old Basement got real busy last week. We had more visitors dropping by than I can remember for a long time, if ever. The Commish had us pull out the old Detroit Lions velvet rope, and get some security out there on the patio, in case some trolls tried to camp in the unfinished corral in the alley.

But, here in the Doormat Division, we promise to keep the sanctity of the Commodore 64, the duct tape couch, the pizza box table and the peeling Browns wallpaper. The possum nest by the broken washing machine will not be disturbed. We run a tight ship, flaming and sinking as it usually is, and the best cooler in the neighborhood. We’ll just keep on keeping an eye out for the underdog. In case you were wondering what we’re doing here.

aaaAAAAnd THAT’S THE VIEW FROM THE BASEMENT!!!!