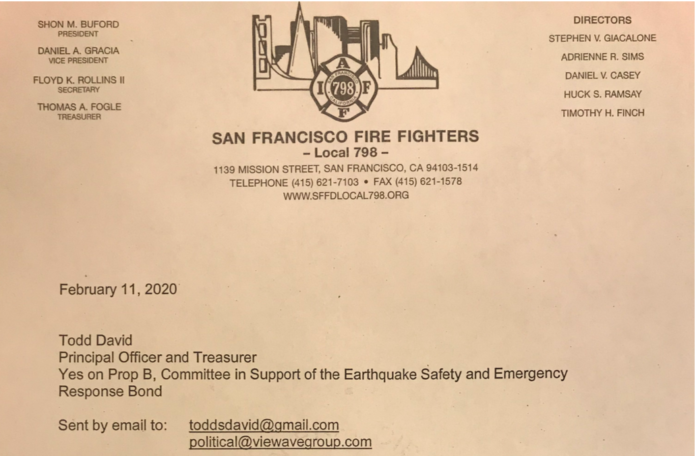 The San Francisco Firefighters Union is asking the political consultant who is suing to overturn the city’s dark money law to immediately stop referring to the Prop B bond campaign in his legal materials.

Firefighters Local 798, which is running the main campaign in favor of the earthquake preparedness bond, sent a cease and desist letter Feb. 11 to Todd David, who has his own individual Yes on B committee.

Union President Shon Buford writes that he was shocked “to learn that you decided to use the Proposition B name to file a lawsuit against the people of San Francisco in order to nullify Proposition F, a campaign advertising disclosure law that was passed in 2019 by 77 percent of San Francisco voters. … We are deeply concerned that any perceived association with your lawsuit could undermine support for Proposition B among voters.”

The letter leaves David further isolated in his effort to attack the new disclosure law, which was designed to prevent dark-money groups from hiding the funding of ballot measures and independent-expenditure campaigns.

The Firefighters Union has been involved in the past in some of these dark-money efforts. Money from Big Tech donors was funneled through union coffers to fund an IE campaign for Mayor London Breed in 2018.

But in this case, the union doesn’t want anything to do with the rules that would have limited the ability of tech lords to move money through a union PAC.

That, I suspect, is because Prop. B needs a two-thirds vote – and David, along with political consultants Maggie Muir and Nicole Derse, who signed declarations in the lawsuit, could hurt its chances.

I still don’t understand why David, who has been a downtown operative for years, decided to form his own Yes on B organization, when the firefighters already had a well-funded campaign.

Unless, of course, he was looking for a vehicle to sue over the disclosure law.

I reached out to David, and he told me he had no comment.

The letter is here: 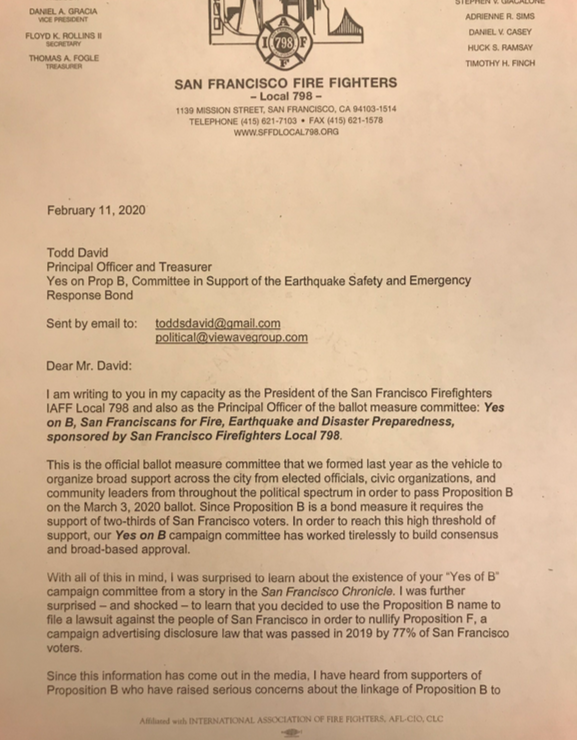 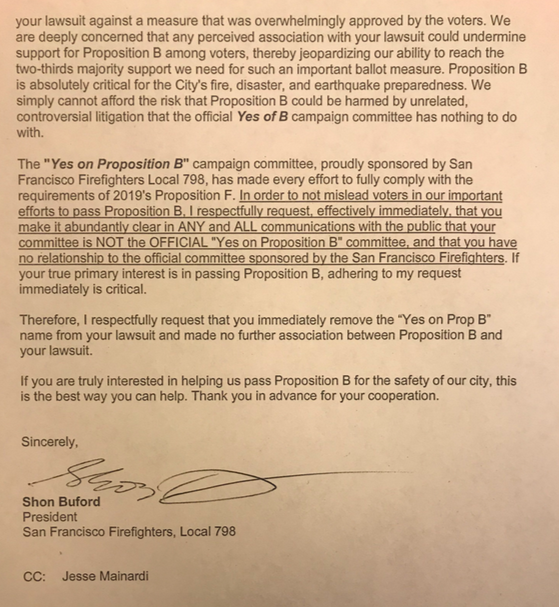