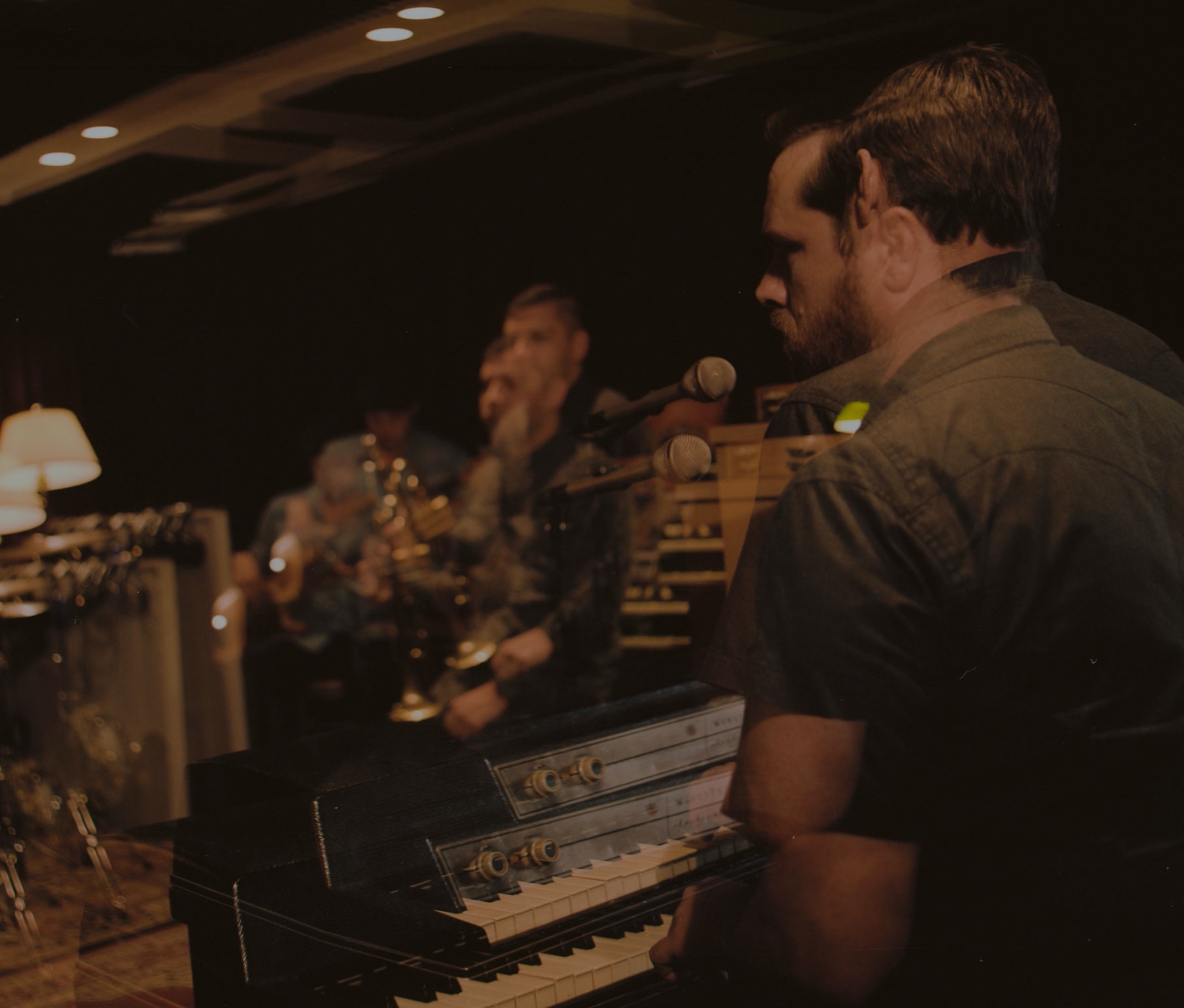 Veteran San Francisco based psychedelic soul outfit Monophonics seem to be going through a “thing.”

Their latest record Itʻs Only Us (Colemine Records) with the first three song titles “Chances,” “Suffocating,” and the seven-minute escapade of strings “Last One Standing,” indicate a weighty collective psyche. Thots give way to expanded arrangements reaching beyond their high and tight ’60s retro-soul resume. These eight songs, totalling under 40 minutes, smack of the experimental phases by Marvin Gaye, Issac Hayes, and even The Four Tops during the heavier vibe of the early ’70s when soul got open.

Showcasing their own confidence in execution, the Monophonics want you to know these icons of the genre are their inspiration. You canʻt miss how much “Last One Standing” is an ode to Curtis Mayfield’s “Move on Up.” But Monophonics have their own style of get down, their own version of hustle.

That flex, being pushed further into their own bag by the greats, is the growth this project is built upon.Peep the consciousness-expanding country twang of “Suffocating” (a slow banger of a ballad) enhanced by lap steel and strings. It gives this Bay Area group a beguiling elder statesman swag that escaped previous efforts.

But the writing was on the wall…

Lead singer Kelly Finnigan, who released his solo project The Tales People Tell on Colemine Records in 2019, made a drum-heavy, distorted and fuzzy soul record that relied laboriously on woolly textures, complex horn charts, and knotty arrangements. Listen… somehow dude put together drum hits Pete Rock would steal while blowing out vocals Durando and Anderson.Paak would get jelly over. Serious. Dead-ass in fact. Finnegan wrote, produced and played 10 different instruments throughout that record. His complex hustle and attention to detail continue on with “Itʻs Only Us”.

This collective band expression reflects what they see as the current direction in the world. Putting forth a hopeful theme of humanity that weaves about the project, striving to speak to a range of listeners. They claim it’s a message of unity, strength, resilience, and acceptance. But listen…It’s just a heavier slab of soul that incorporates the Mellotron and Moog synthesizer. Another 70ʻs vibe component. Add that to an already stellar horn line, deep in the pocket bass playing and drum strokes that never freeze, whew. That Monophonics trademark sound gets boosted through far-out textures evoking head-nod procedural everywhere.

We rounded up the most relaxing beats in the known new music universe. SunPalace gets a 2020 remix pack, a new sad banger from Mac DeMarco and Benny Sings, more.
Read more
Music

An interview with filmmaker Ben Rekhi about his seemingly impossible mission to bring us all together.
Read more
Best of the Bay

"It’s another brick in the wall. Or rather, we’re taking the wall down, so it’s a brick out of the wall.”
Read more
Screen Grabs

Sure, it has Giuliani looking suspect—but is 'Borat Subsequent Moviefilm' any good? Plus, a new documentary on the grifters leading the alt-right movement, and 'The Guardian of Memory.'
Read more
Arts + Culture

The Irish diva showed us who she was through momentously silly quar performances. Her latest album affirms her mastery of the nocturnal club beat.
Read more
Culture

Rep. Nancy Pelosi cut a deal that will put her in the position of House speaker for four more years (assuming the Democrats retain...
Read more
Campaign Trail

Fake tenants group and big outside cash is now trying to promote Philhour over Chan in a race that could determine the balance of power on the board.
Read more
Culture

Foreign Correspondent: What Bolivia can teach the US about fair elections

The South American nation sets an example of how to undo a coup.
Read more
Arts + Culture

The Irish diva showed us who she was through momentously silly quar performances. Her latest album affirms her mastery of the nocturnal club beat.
Read more
Onstage

"It’s another brick in the wall. Or rather, we’re taking the wall down, so it’s a brick out of the wall.”
Read more
Arts + Culture

An interview with filmmaker Ben Rekhi about his seemingly impossible mission to bring us all together.
Read more