I was talking to a friend the other day about the stimulus bill, and we agreed that the most important thing Congress could do was put money directly into the hands of as many people as possible.

The $2.2 trillion measure amounts to more than $6,500 for every American, and about $14,000 for every working-age American. Instead of setting aside $500 billion for big businesses like the airlines – which have been doing quite well of late and have the cash and their own borrowing capacity to get through a few months – giving more of that money to people likely to spend it will give the economy the boost it needs to make the post-COVID-19 recession less brutal. 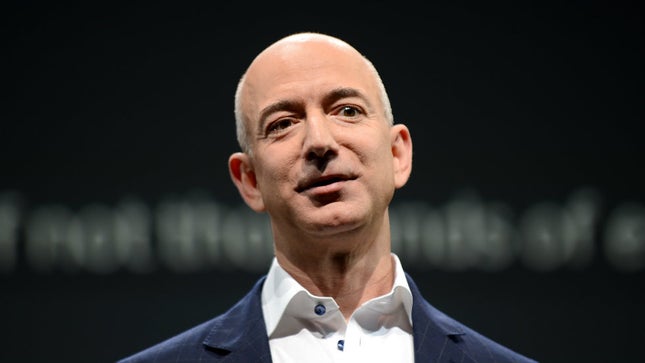 Remember: We are, for better or for worse, a consumer-based economy. If people don’t have money to spend, things go very badly very fast.

So then I started talking about who was going to pay for all of this, where the $2.2 trillion was going to come from. That, my friend suggested, was an entirely different issue.

Congress seems to think so, too: There is nothing in the measure that discusses in any way how the federal government is going to pay for the massive spending bill.

That’s because we know how it’s going to be financed: The government is going to borrow it.

Politico notes that Federal Reserve Chair Jay Powell is big on deficit spending right now, because “money is cheap.” True: Interest rates are low, the US still has the best credit in the world, and the government can borrow money for practically nothing.

I’m all in favor of this. I think $2.2 trillion is too low. I think Washington should be giving every adult resident of the US at least $2,000 a month for the next four months, no strings attached. Cash in your pocket – to pay rent, buy groceries, fix the car … even order takeout from your favorite local restaurant, which also needs the business.

I am not overly concerned about the federal deficit – although I am not among those who think we can just print money to get out of it.

Still, the reality is that we, as a nation, are borrowing a lot of money, and at some point, someone is going to have to pay it back. That won’t be me; assuming I survive COVID-19, and I develop no other sudden health issues, I’ve got maybe 30 years left, and for much of that I will be on Social Security (assuming Trump doesn’t use the growing deficit as grounds to cut it or eliminate it). My tax burden will be fairly low.

It won’t be Nancy Pelosi, Mitch McConnell, or Donald Trump, either. They’re even older than me.

The next generation is going to be paying for this debt – precisely because Jeff Bezos and Bill Gates are not.

Think about that for a minute.

The richest 15 people in the US now have a net wealth of almost $1 trillion. The 2,200 billionaires in this country alone have a net wealth of more than $9.1 trillion. They – 2,200 people — could cover this entire spending bill without any noticeable change in their lifestyles. They would still be stinking rich. Their great-grandkids would still be stinking rich.

Add in the people who don’t quite make that cut – the ones sitting on $500 million or more – and the US could easily spend enough to turn the recession around, without my kids or yours ever having to inherit the debt.

Why is this not even part of the discussion?

The best way to defeat a recession is to put money in the pockets of people who will spend it. American Airlines won’t spend all of its bailout; that money will go to top executives who will put the money into investments, and to stock buy-backs that will benefit a small percentage of US residents.

The 2,200 billionaires don’t spend most of their wealth. They set it up in trusts to make sure it can’t be taxed away and to pass it down to future generations of (as the tax codes say) “their issue.”

I’m all for deficit spending. But at some point, we need to ask the people who pay less and less of their fair share to society to take on some of this burden.