The Curtis Family Cnotes: Best of the Bay 2020 Editors’ Pick 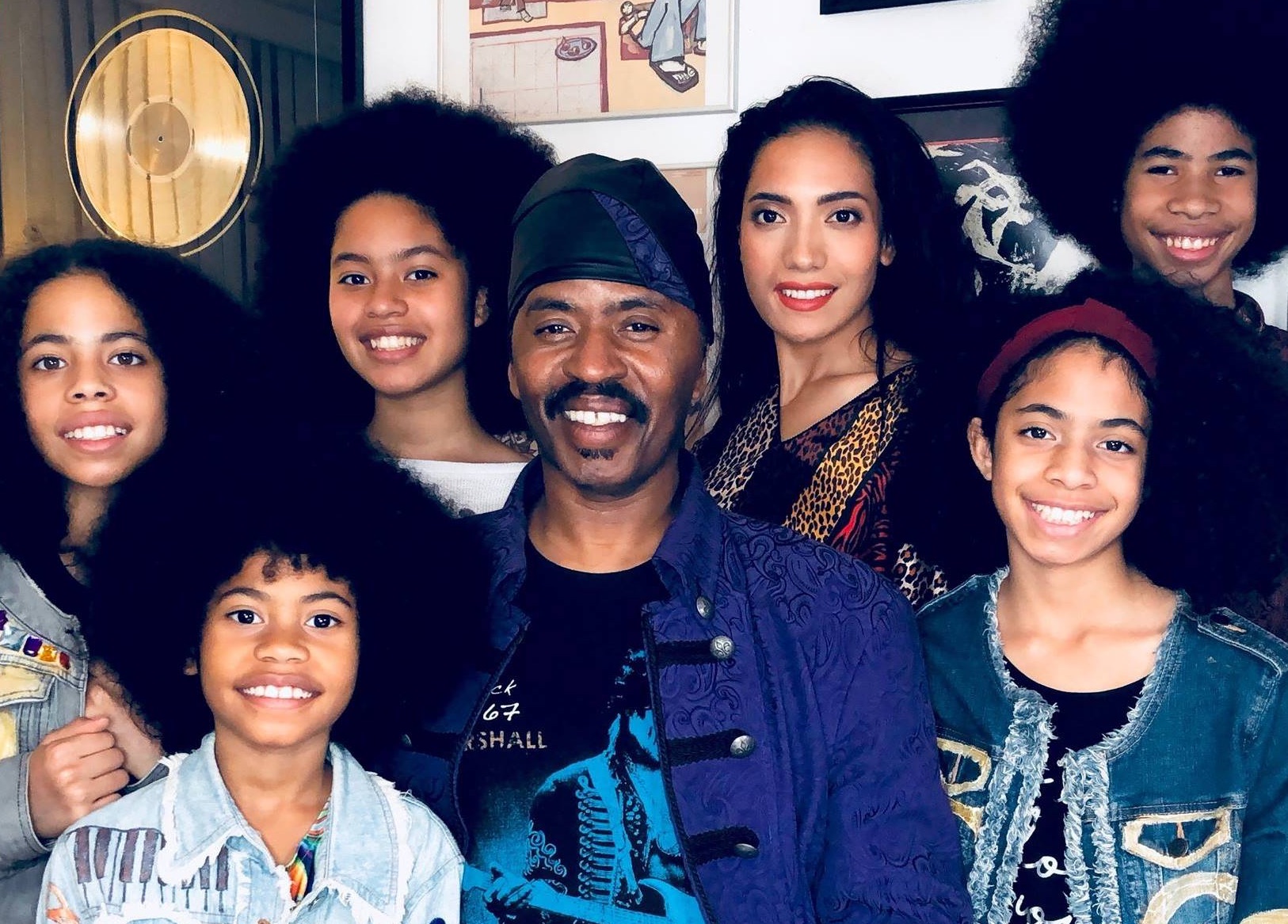 Maestro Curtis doesn’t boast about his resume at all on the website for The Curtis Family Cnotes, the band he founded in San Francisco with his wife Nola and their children Phoenix, Kiki, Isis, Nile and Zahara.

But we spotted a framed Gold record on his wall in a photo, did some research and learned that he earned it for an album with a group called Xpression that was executive produced by his musical mentor: the late Earth, Wind and Fire founder Maurice White. An accomplished piano player—and multi-instrumentalist, like his children—Maestro Curtis has the distinction of being the youngest pianist in the Count Basie Orchestra, has played with the O’Jays, Thelma Houston, George Benson and more, and is well-known as a sound healer.

Maybe that’s why the Cnotes just sound and feel so good—and unlike anything else in the City. We first heard their theme song for Mother Brown’s Dining Room and have been captivated ever since. Check out the YouTube compilation of 13 Cnotes songs in 15 minutes when you need a burst of joy in your heart. The performances are culled from their weekly Facebook and Instagram livestreaming sessions, which take place on Mondays from 7-7:30pm, and include original songs and uplifting covers of two more soulful San Francisco bands: Sly and the Family Stone and Journey.

This summer, the family released a song intended to serve as a Black Lives Matter anthem, subtitled “Power to the People.” The upbeat number features the lyrics, “Black lives matter because we were all meant to be free—free as you want to be,” and “Let love guide the way, we can see a better day…hold your head up high, stand up tall and speak your mind.”

This fall, the Curtis Family C-notes teamed up with Mother Brown’s Dining Room to bring free food and entertainment to those in dire need. These soulful heroes are a perfect choice for 2020 Best of the Bay recognition, when we need a civic-minded family affair most. —Tamara Palmer

Previous articleStill broke and roasted at 40: a lightning round with Broke-Ass Stuart
Next articleScreen Grabs: Warm season, very hot topics

Win a free pass for 2 to see ‘The French Dispatch’

Director Wes Anderson's latest is about to hit theaters—here's a chance to see it.
Read more
News + Politics

We're giving you one more week to tell us your favorites and celebrate the city!
Read more
Sponsored link