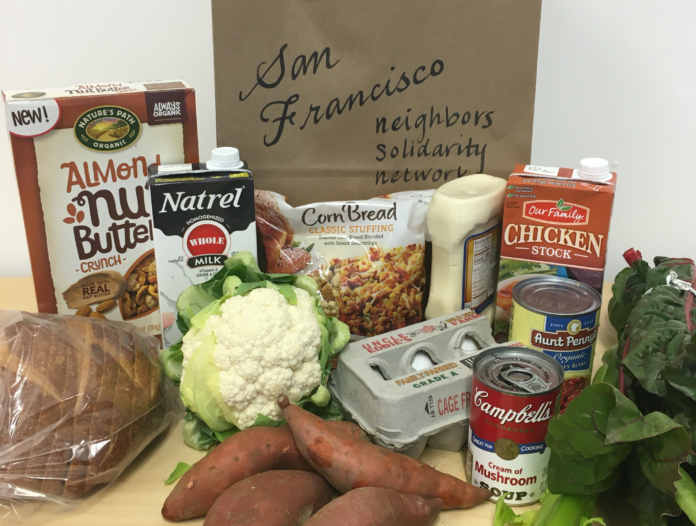 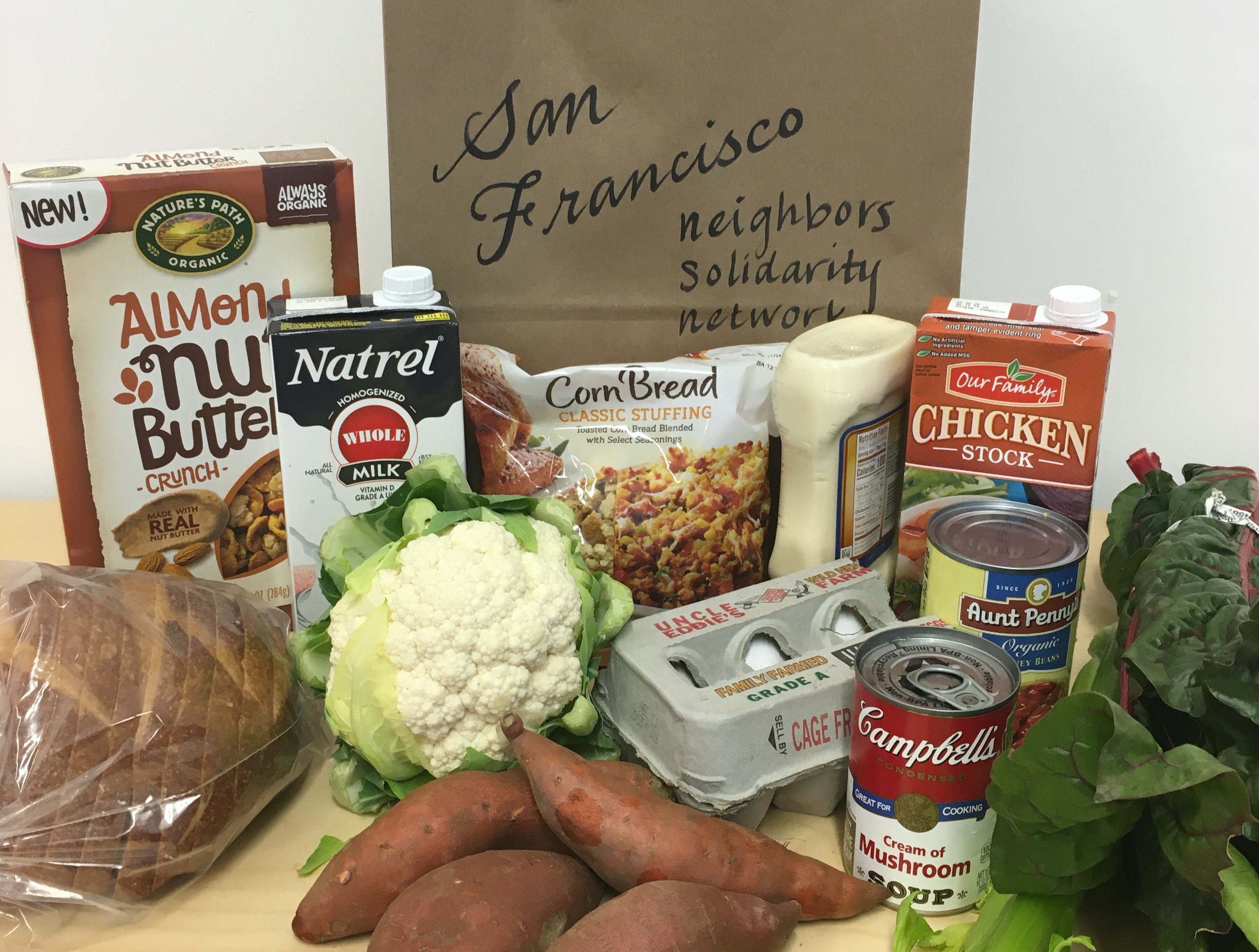 It quickly became clear, when the virus came, that the United States’ social safety net had some sizable holes. So in many cases it fell to citizens themselves to look out for one another. Case in point: when the March 16th shelter-in-place order came down for San Francisco and surrounding counties, the volunteers at San Francisco Neighbors Solidarity Network sprang into action to feed the neighborhoods.

Founded by Richmond native Natalia Kresich (who—full, and damn proud, disclosure—writes for 48 Hills), the small group put out a call for funds via social media, and with that support set to work assembling grocery bags full of nutritious grocery staples and PPE for high-risk neighbors who couldn’t safely venture out to the store. “I think of what we’re doing not as a form of charity but as community stabilization organizing,” Kresich told the Richmond Review/Sunset Beacon. The goods were sourced from grocery outlets and local stores.

Powered by ongoing Venmo donations from the public, SFNSN soon began delivering ingredients for quarantine meals across the city via van. Produce, oat milk, hot cereal, pasta, eggs, cans of organic kidney beans, all available to seniors and others in need. The project was nourishing for the members of the households who received the deliveries, but volunteers said it also provided a raison d’être for them, helping to get through the rough time.

That a mutual aid project can lead to mutual emotional support seems perfectly logical, especially during times when we’re many are craving person-to-person contact. “A lot of times what we are seeing is people want to sit on their stoop and chat for a couple of minutes,” volunteer Shafagh Farnoud commented to a local television station. “I just notice a lot of people just want to see a human face for a little bit.”

SFNSN became a great example of how Bay Area residents were able to find new ways to connect when the damaging effects of social isolation loomed large in many a mind.

We're giving you one more week to tell us your favorites and celebrate the city!
Read more
Best of the Bay

Tell us all your favorite things for the 46th annual Best of the Bay.
Read more
Sponsored link