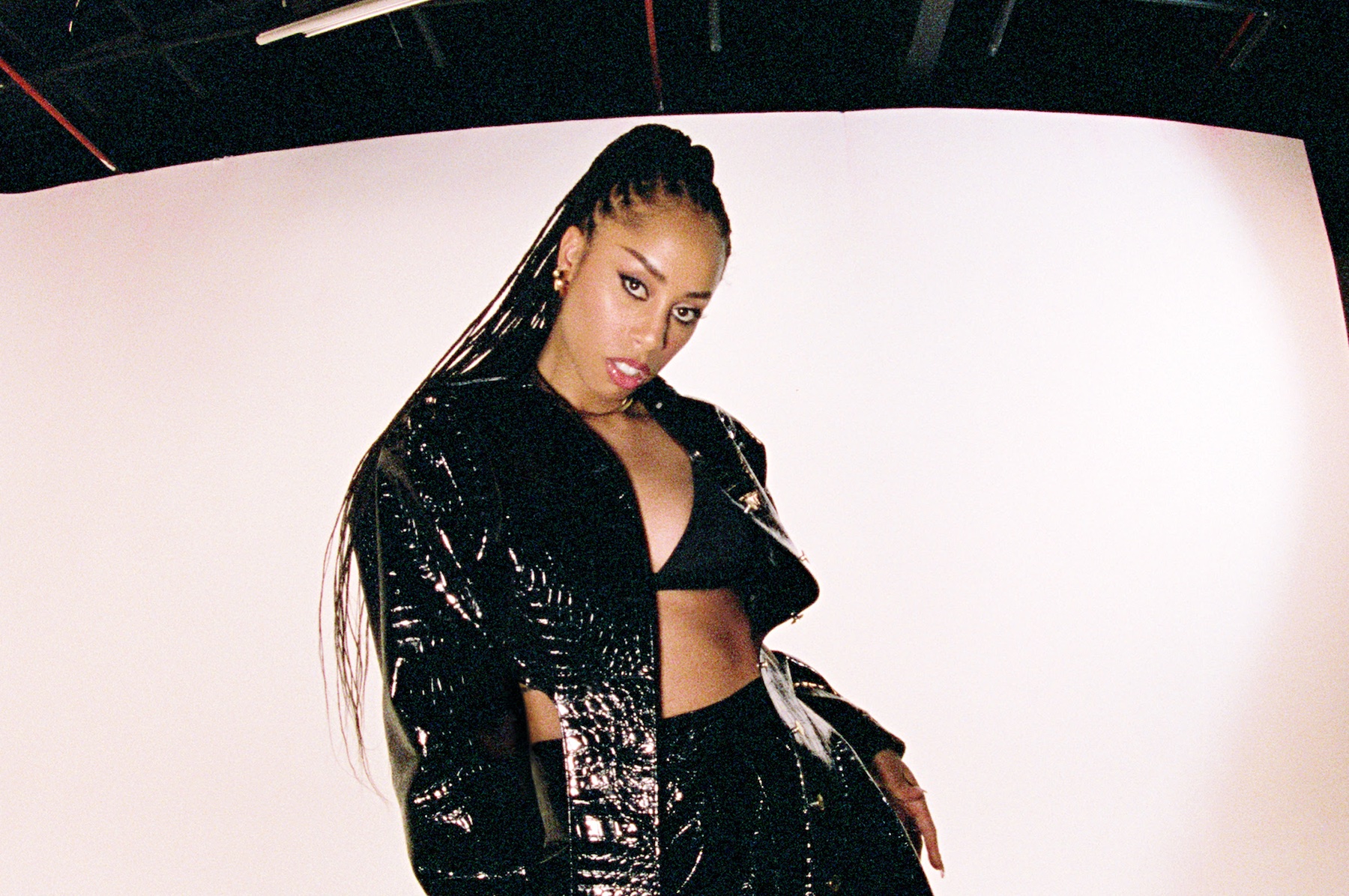 2021 marks 25 years “electronica” was brought into the cultural lexicon to sell a whitewashed version of dance music to the masses. (Those of a certain age may be gobsmacked so much time has passed.) It was created for that older Beastie Boys crowd—and yo, I’m eternally a Beasties fan, but you know exactly what I’m talking about—who can’t quite fight for their right to party anymore.

Electronica, by way of a pill or shift in sonic preferences, made groove and swing the point of emphasis after years of straight 4/4 attack. All without an ounce of acknowledgement towards Chicago house or Detroit techno, the original Black dance music originated in the ’80s, constructed from the bone soup of disco.

The London-born, Toronto-raised, Los Angeles-based Rochelle Jordan, who made four impactful albums and wrote hits for contemporary artists this past decade, steps back in time to the roots of that misbegotten genre and infuses it with funky, ethereal spirit. On new album Play With the Changes, Jordan opts for the buffet approach here, wielding UK-styled beat construction to whisper-sung, muggy lyrics about overcoming self-doubt.

Play With The Changes, filled with collaborations from producers KLSH, Machinedrum, and Jimmy Edgar is a smashing debut, chock full of ultra-fine soul, for the Tokimonsta’s budding imprint, Young Art Records. It provides another borderline faultless dance record (Crooked Machine from Roisin Murphy, is the other one) for 2021, that’s ironically club-ready in this weird season of “should we really go out?”

“Next 2 You” follows internal dialogue about trying to talk to that special someone amid a tough, humid two-step backbeat. “All Along” updates the New Jack Swing formula: BBD’s “Poison” seems to be the genesis here, for a modern shuffle house configuration that slaps and drips all at once. Add your own fog machine for a deeper effect.

Play With The Changes reaches back to those days when Jordan got transfixed by her older brother’s palate for ’90s UK Black club music. Liquid drum and bass, garage, West London broken beat, experimental hip-hop, and UK funky. Far from electronica’s cheap sell game, these genres of UK Club music laid out a thriving cultural plan.

On pirate radio stations, made for and engaged by those seeking a certain vibration in electronic music, this movement was always cognizant that it was an extension of American Black dance music, started in the midwest during the ’80s. Somehow the UK, parts of Germany, and Europe, in general, have always (Beatles, Rolling Stones, Can, Kraftwerk, LTJ Bukem, Roisin Murphy) had a better affinity for playing what came from the “other side of the tracks” in America, than stateside radio.

“Love You Good,” the first track that’s damn hard to get past, is filled all the way up with R&B drum and bass mysticism. It’s a throwback to those skeletal, metallic arrangements locked in with pinched vocals from Aaliyah, Sade, and Brandy running over the top. Made popular back inna day by Calibre, Photek, Tee Bee, and K these type 12-inch singles, that appeared strictly as vinyl white labels, due to licensing issues, were paramount in spreading the gospel.

So yeah, “Love You Good” is the album’s introduction to Jordan’s style of Black pop music, Alterna-soul built for bass-bin grumble. This dotting of stammer, hi-hats, and kicks, floating out Jordans’ voice through echoes, flangers, and vocoder. Mastering the symmetry of linking big synth-wave energy and appropriate wonky basslines, producer MACHINEDRUM lined it up, jack. You visualize this on Tik-Tok, shaking backsides all summer.

Jordan’s vocal arrangement here and throughout works like a confection in a good cup of roasted chicory black coffee, hitting your joy spot. As stated in the album notes, Play With The Changes is a “31st-century electronic banger.”

A San Francisco tradition, a brilliant spectrum of artists—and it's still all free, though you'll need a reservation.
Read more
Music

Under the Stars: Pursuit Grooves opens the portal (plus more new tunes)

Enter to win a code to stream ‘The Sparks Brothers’