Week 17.  When teams have just given up, are fighting for the Doormat lives, are booking tee times in Florida, and, most importantly, are really trying to finish dead last and get that Holy Grail of Holy Grails, the Number One draft pick. AND, of course, win the illustrious and untouchable Moldy Carpet trophy. Lovingly seasoned for 17 weeks with stale beer, ground nachos, and unidentified basement spores, the Moldy Carpet will travel to the Arizona desert, propagating the mold through echoing canyons and snarled strip malls from Red Mesa to Yuma.

There was a LOT at stake in the Doormat yesterday, let’s look at the final standings and get to the games.

In a wild finish that had Cardinal GM Steve Keim and the entire front office white knuckling the outcome, the Arizona Cardinals barely escaped the Seahag siren n’ seaweed trap, winning the Moldy Carpet, and nailing down the top draft pick in 2019.  Wow, they had us on the edge of our orange duct-tape couch.

It was a tight contest. It was the STIFF OF THE WEEK! The Seahags out-punted the Cards 7-5, nearly broke even on third down conversions (4-17 Cards to 4-14 Seattle), and passed for 109 yards to the Cards 113. We’re talking anemic with a type-O. Puget Sound Lowball. The Cruds just couldn’t shake the Hags, despite punting and fumbling for nearly the entire second half.

The critical moment was punt number six for Seattle, a ballet of biffed footwork, blocked in their own end zone, and fallen on by an unsuspecting Cardinal for six points. The Cards went for two, and CONVERTED, tying the gridiron spectacle at 21-all. The Seahags punted right back at the Crudinales, only to be thwarted by a Cardinal fumble at the Redbird’s 31. Faced with being a little too close to the red zone, Seattle creeped seven yards in three plays, keeping movement to a minimum, and Sebastian Janikowski, the most immobile football player in the NFL, swung that whale of a leg, and racked up a 34-yd field goal for 24-21.

Stunned by taking the lead, the Seahawks propelled the Cards down the field as quickly as possible, with the Cardinals valiantly stopping the madness at the Lime Greenies 38, kicked a 55-yard FG by Zane Gonzalez with 1:49 left, and avoided the lead, leaving it tied at 24. The remaining 1:49 proved to be Seattle’s undoing, as Russell Wilson converted a 37-yard prayer-bomb down the field, accounting for over 40 percent of their entire passing yardage for the game.  And then, with 0:00 on the clock, ol’ Seabass swung that rudder through the waves one last time, and lo and behold, mateys, the Cardinals prevailed.

Cards finish season with a -200 point differential, a rare achievement.

The Whiners did all they could to become champions. 49er Nick Mullens, located in the spot normally called the QB position, almost saw downfield during the game, but instead was saddled with blue and gold eye shades while spinning in a vortex of natural grass and 350-pound monsters.

Turning the ball over three times in a row to start the game, brushing off a FG, and then serving up a pick-six, the future second-string secret weapon dug the 49ers into a comfortable 21-3 hole, which expanded to 45-10, before unleashing a futile comeback to make the score look exciting. 49ers win the Shoot Yourself In the Foot award for the 2018 season. 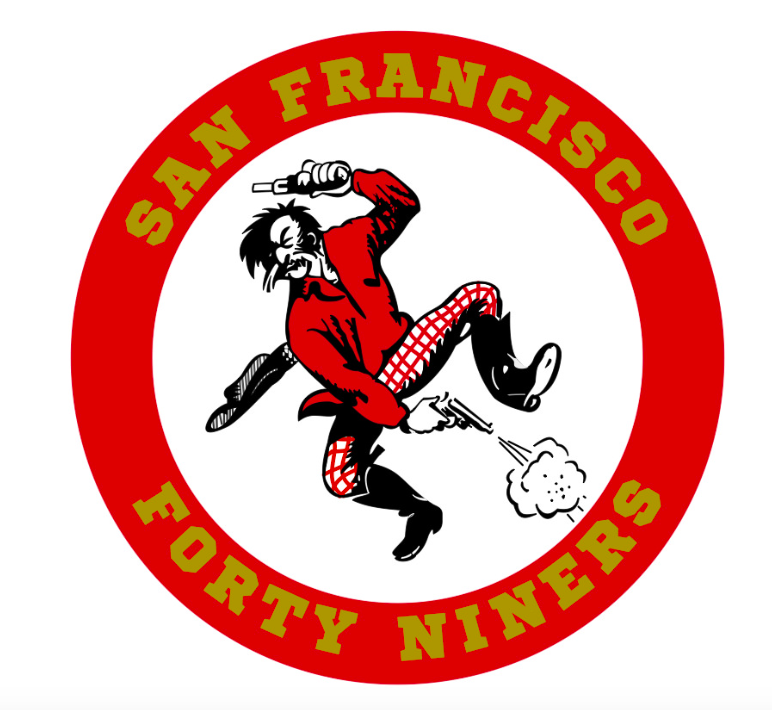 If only they hadn’t slipped up and beat the Seahawks two weeks ago, they’d be the Doormat Champs!  But, I think they’ll take that victory. Still a respectable 4-12. Just no Moldy Carpet.

Not to be outdone by their Bay Area counterparts, the Charaders opened the game with a barrage of turnovers — fumble, pick-six, fumble, interception — to dig a 21-0 hole and never look back. Or forward. The Tankers win the Doormat AFC, edging out the hard-charging NY Jets by virtue of the point-differential tie-breaker, -177 to -108, and, frankly, the entire Charade that the Raider front office has going on.

There’s no place to go but…wait, there is literally no place to go. The Rrrraydrz stadium isn’t ready in Vegas, and they refuse to play in Oakland now for next season, so…good god this franchise is just a train wreck.  A really terrible team, looking for a place to play. You can’t make this stuff up.  How about London for the entire 2019 season?  North Dakota St.’s field?  A cow pasture? Where’s Al Davis’ crypt located? Gotta be some good grass nearby. The tombstones might help the D. It’s at the point where gallows humor seems quaint.

The Jets did it all on Sunday, but they needed a miracle to take the AFC Doormat, with the Raiders over in KC, torching their own ship and walking the plank at the same time. But boy, did they try. At one point mid-third quarter, they’d run 31 plays from scrimmage and 19 had gone for zero gain or negative yardage. I mean! They were right there, and I don’t think they’ll have as clear a shot at it for next year. So, thanks for the memories Nyets.

Up against a Packers team that was already on vacation, playing members of the local Optimist Club at the skill positions, and with the always adventurous DeShone Kizer at QB for Green Bay, the Kittens finish their season with a breath of what passes for fresh air in Detroit. At least they don’t have to bury it in kitty litter. Wait’ll next year…unless you are talking about watching football. Maybe we could use a time machine and check in in 10 years. 27 seasons since last playoff victory and 1957 still the last time they won a championship. What’s a lifetime between friends?

From 10-6 to 5-11, Jaguar fans have the entire off-season to ponder the deep question: Blake Bortles: Bum or Bust?  Finishing up with a strong 3rd place in the AFC, the Gags have nowhere to go but The BASEMENT.

7-8-1. Not a winning season. Also, not Doormat enough. Nearly dead center, the Cleveland Browns have elevated Blank Helmet football to sea level, and — dare I say it? — respectability. And next year, we predict, we can officially kick the Browns upstairs, and watch the long-suffering city of Cleveland be rewarded with exciting football and a winning record. Proceed with confidence. We beleeb.

With a 10-loss season hanging in the balance, the Atlanta Falcons couldn’t hold on yesterday, and succumbed to the far more seasoned Tampa Bay Bucs, kicking a winning field goal on the final play of the game.  Falcons land at 7-9, and spend the winter on the patio, our official grill and instant coffee masters.

Stumbling with style right down the field, the Bengals join the 10 club on the final day of the season, finishing up 6-10, and bombing against who else but the Steelers. Ever notice how the AFC North is basically the Browns, the ex-Browns (the Ravens), and the ex-ex-Browns (the Bengals, started by Paul Brown), and the Steelers? What a weird setup.

Broncs also make the 10 club on the last day of the season!  Prancing Ponies coach Vance Joseph has an appointment in GM John Elway’s office Monday morning. Take your time getting that cup of coffee in the employee lounge, Vance. Grag a mug, pour it slow. Put 15 teaspoons of sugar in there. And three fingers of gin. I think that’s called a Ray Charles, if you skip the coffee and sugar.

Though the Broncos get this award in the AFC, the Giants win the Doormat Division’s Come Close But Lose Award. They went 4-7 in games decided by one score (1 possession/score from winning).  Finishing 5-11, the Giants lose with distinction again, boiling down their entire season into one last game where it was right there for the taking, and they took that loss. Wild game with the expected outcome for Giants fans. Talk about torture.

It was Second String Day in NO on Sunday. Did they have a Second Line band on hand?

The Bills had no chance against the Floppers, who have wrapped up their season with three straight losses, and all done with a frozen solid offense.  And doing that in Miami is some kind of amazing accomplishment.

Ten losses is the great yardstick for futility in the Doormat Division. This year the club includes some long-time members, and a few newbies.  It’s a crowded Basement this winter.

Though we will probably be back for some playoff coverage, I want to take this moment to thank everyone who has dropped by and/or faithfully followed the Doormat Division for these 10 years. This is, most definitely, our last season of coverage, and this, this one right here, is the last Wrap-Up. My brother, Walkfish, the Commish, Elvis, Jimbo and Moose (the Doormat Team), have been here all along, rooting for our own personal miserable franchises, and closely following who could be the worst of our sorry gridiron gods. We finish this last season with three of our teams (Raiders, Niners, Lions) right at the top of the standings, or, at the very least, in the Ten Club. Some things really do never change…much.

Though we often seem to be skewering, mercilessly, the losing side of the NFL, these are our teams, and all the others that have invited themselves in, the ones trolling The Basement. This blog was a way of coping with the towering ineptitude that often defines professional football. Ineptitude that is almost built-in to how football works, unless you are a very, very well-tuned machine. The carefulness with which teams prepare to blow it. The planning.

I have gained perspective on perpetual failure, and learned to embrace it, perhaps a bit like soccer fans the world over accept the constant inability to just score a frigging goal, and maybe, just maybe, I find it a bit easier to cope with my daily disasters, large and tiny. At least we found some laughs.

Speaking for all of us here in the Basement, we really do thank you all. It’s been a great ride. We’ll be back with a few final posts, but we’ll be powering down the old Commodore 64, the amber screen will go dark, and, finally, we’re cleaning the grill, and sweeping up, should we find a broom. The possum gets to stay by the washing machine, and, come Sundays in the Fall, we’ll still be here, you can bet on it. But you can carry on with your own Doormat Club now.  We’ve shown the way.