You can’t walk around San Francisco these days without running into somebody gathering signatures to “raise the legal age for vaping products” or to, as one told me, “keep kids from buying tobacco.”

One person with a clipboard told me that this would “raise the age for vaping from 16 to 21.” I am getting reports that in some parts of town, the petitioners are saying that Mayor London Breed supports this move. 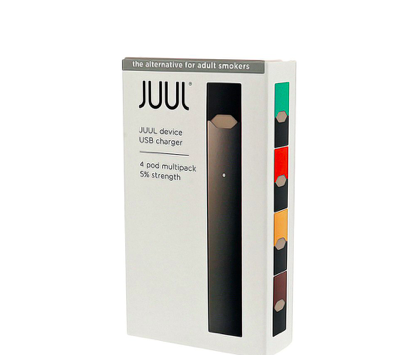 Actually, the initiative was created, written, and is fully funded by JUUL, the electronic cigarette company that is now owned in part by Altria, the global tobacco giant.

Mayor Breed has not endorsed it.

It’s already illegal for anyone under 21 to buy any tobacco product, including vaping products, anywhere in California, including San Francisco.

So what’s this all about? Simple:

The Board of Supes Public Safety and Neighborhood Services Committee is holding a hearing Friday/7on legislation by Shamann Walton that would ban the sale of vaping products in the city. Walton would also ban the manufacture of tobacco products in San Francisco (which would be a problem for JUUL, which operates in a building owned by the Port.)

The case against selling vaping products? They haven’t been approved by the FDA, and they’re aimed to a significant extent at kids:

Since 2014, the problem of youth electronic cigarette use (“vaping”) has become an epidemic. According to the Centers for Disease Control and Prevention (“CDC”), the number of middle and high school students who are current users of tobacco products increased from 3.6 million to 4.9 million between 2017 and 2018. This increase – which was driven by a surge in e-cigarette use – erased past progress in reducing youth tobacco product use.

The political operatives at JUUL realize that they may not be able to block the legislation at the board – so they’re going to the ballot with their own alternative.

The ballot measure would overturn any legislative ban on vaping products – but to make it sound better, it says that nobody can buy vaping products if they are under 21 (which is already state law). And it would require vaping products to be kept behind a counter (which pretty much every retail outlet does anyway). So the measure doesn’t add any significant regulations at all — but petitioners can go around saying the measure is aimed at stopping kids from vaping.

Any parent who has kids in the SF high schools, including me, knows how bogus that is: Raising the age to 21, which California did in 2016, hasn’t stopped high-school kids from vaping, any more than raising the drinking age from 18 to 21 stopped college kids from drinking.

Walton told me he is not surprised at the misleading signature campaign:

JUUL is a seriously irresponsible and untruthful company. They have been bought out by big tobacco and continue to deny that they target our youth and focus on addicting them to nicotine for a lifetime, all for profit. It does not surprise me that they would got to deceitful tactics to support their targeting.

The initiative campaign send me this statement:

Thank you for bringing this to our attention. We are looking into the matter, and will make sure there is no misinformation shared in relation to signature gathering for the initiative.

Ted Kwong at JUUL sent me this statement:

“We share the City of San Francisco’s concerns with youth usage of tobacco and vapor products, including our own. That is why we have taken aggressive action nationwide, including stopping the sale of flavored products to retailers and supporting strong, restrictive category wide regulation to keep e-cigarettes out of the hands of youth. But this proposed legislation’s primary impact will be to limit adult smokers’ access to products that can help them switch away from combustible cigarettes. We encourage the City of San Francisco to severely restrict youth access but do so in a way that preserves the opportunity to eliminate combustible cigarettes. This proposed legislation begs the question – why would the City be comfortable with combustible cigarettes being on shelves when we know they kill more than 480,000 Americans per year?”

I’ve never been a fan of prohibition of any drug; adults who are fully informed of the risks can do what they want to do, including smoking or vaping. Selling products designed to hook kids on nicotine is an entirely different story.

And I am a fan of transparency, so now you know: The ballot initiative isn’t about protecting kids; it’s about protecting JUUL sales. Sign it or don’t; the issue of banning the sale of tobacco is complicated. Just know what it’s really about.