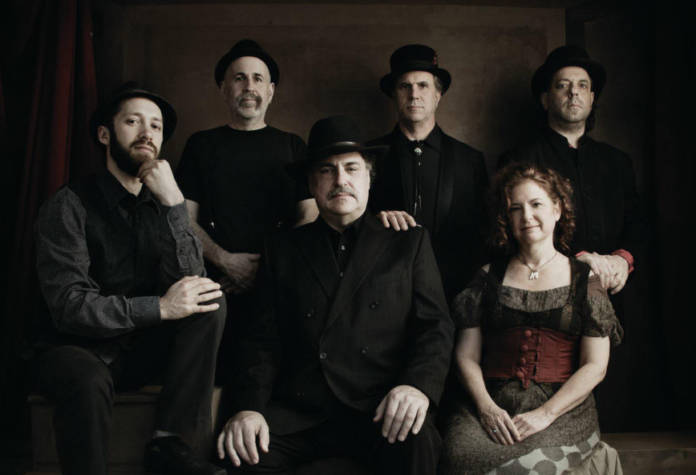 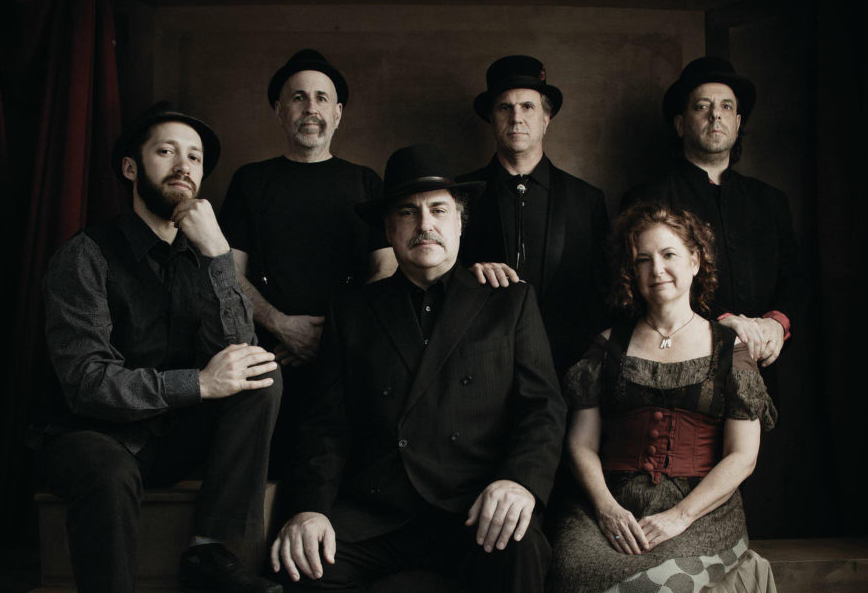 Review: Hanukkah with the Klezmatics? You bet your latkes.
Arts + CultureMusic

On December 22, The Klezmatics celebrated the first night of Hanukkah at the SFJAZZ  but—unfortunately for San Franciscans—unlike the oil in the Macabees’ lamp, they didn’t stay for eight days. Their sold-out show, “A Happy Joyous Hanukkah”, lasted one night only.

But that one night shone brightly with superb musicianship, soaring spirits, and plenty of heymish Yiddishe stories.

The Hanukkah theme ran through most of the selections, and even those songs contained surprises.  Fiddler Lisa Gutkin explained that they had combed through Guthrie’s archives and found his unpublished poetry—handwritten on wrapping paper and the backs of envelopes—that they set to music. Guthrie, she explained, lived longer in Brooklyn than anywhere else and his mother-in-law was the Yiddish poet Aliza Greenblatt.

Vocalist Lorin Sklamberg announced wryly that Guthrie’s version of Hanukkah symbols might sound unusual to the Jews in the audience. They then proceeded to play—with just a touch of irony—Hanukkah Bells and Hanukkah Tree!

The group’s Grammy was for the CD Wonder Wheel, which also featured previously unsung Guthrie poetry. (Guthrie’s Jewish songs were the result of a special connection with his mother-in-law Aliza Greenblatt, a well-known Yiddish poet.) The New York-based Klezmatics have been together for 30 years, have collaborated with many artists including violinist Itzhak Perlman and playwright Tony Kushner, and performed in more than 20 countries. They have released 11 albums, including the exquisitely-named Jews With Horns.

The dynamic Frank London, who always seemed to be playing both the trumpet and keyboard at the same time, explained the origin of one of the more traditional selections Zol shoyn kumen di geule (The Salvation Shall Come Soon). “It’s a combination prayer and drinking song.” If we sing loud enough, he sang, the “Messiah will wake from his slumber when he hears our song of prayer.”

Percussionist Richie Barshay played an astonishing drum solo: Without a word he got the audience clapping along to his complex, syncopated rhythms. Barshay also made use of a pair of bongos for Do the Latke Flip-Flip, a song inspired by the 1960s Barry Sisters’ combination of Yiddish music and Latin beats. Gutkin’s composition, Spin Dreydl Spin was inspired by listening to the rhythmic clicking of the dryer—“too many buttons,” she quipped—in the laundromat when she was stuck trying to write a tune.

The origin of the word “klezmer” is from the Hebrew, kley zmir, or “vessel of song” which denoted the actual musical instruments.  In Europe “a klezmer” came to mean a musician. The klezmorim traveled throughout the countryside playing at weddings and holiday celebrations, adapting and adopting local musical genres. During the period of massive Eastern European immigration to the U.S., the term came to be applied to whatever the immigrant musicians played.

When some listeners complain that contemporary groups are not really playing klezmer, they forget that the main tradition of the music is eclecticism. The klezmer music that arrived on these shores was a snapshot of what had been created at that moment in time. And with their Guthrie lyrics, Latin beats, and laundromat-inspired rhythms, the Klezmatics now follow—or rather lead—that tradition!

The three original members of the group are London, the full-throated Sklamberg, and Paul Morrissett, who plays bass and the traditional tsimbil. All of the musicians perform with other groups and as soloists.  Fiddler Gutkin and clarinetist Matt Derriau performed on Broadway in the Pulitzer Prize-winning Indecent by Paula Vogel. They are in great demand and have a dizzying schedule. In fact, the morning after their SFJazz show, London led two klezmer workshops across the country at the Yiddish New York Festival!

One of the most moving songs of the evening was Hanukkah’s Flame, with words by Guthrie, set to music by London. “If your lifelong heavy load brings you down my path and down my road, my light of Hanukkah shines your way…  Hanukkah candle dances warm to help you weather your heavy storm. I’ll send my beam to light your dream.”

The musicians may have flown home, but their music will light our way for eight days, and many more.

Review: ‘Toni Stone’ hits a home run (and you can watch it on your couch)

ACT play tells the story of the first woman to play professional baseball. Here's how to stream it, along with other plays.
Read more
Onstage

Branden Jacobs-Jenkins' gripping play at ACT Strand shows what happens when a wrench is thrown into the media's works.
Read more
Sponsored link