48 hillsIndependent San Francisco News + Culture
Culture Puff PUFF: How I got my high back
Arts + CultureCulturePuff

After months of isolation, it may be time to adjust your habits—with flower by Lolo, prerolls from Jack Herer, and some Kwik Ease. 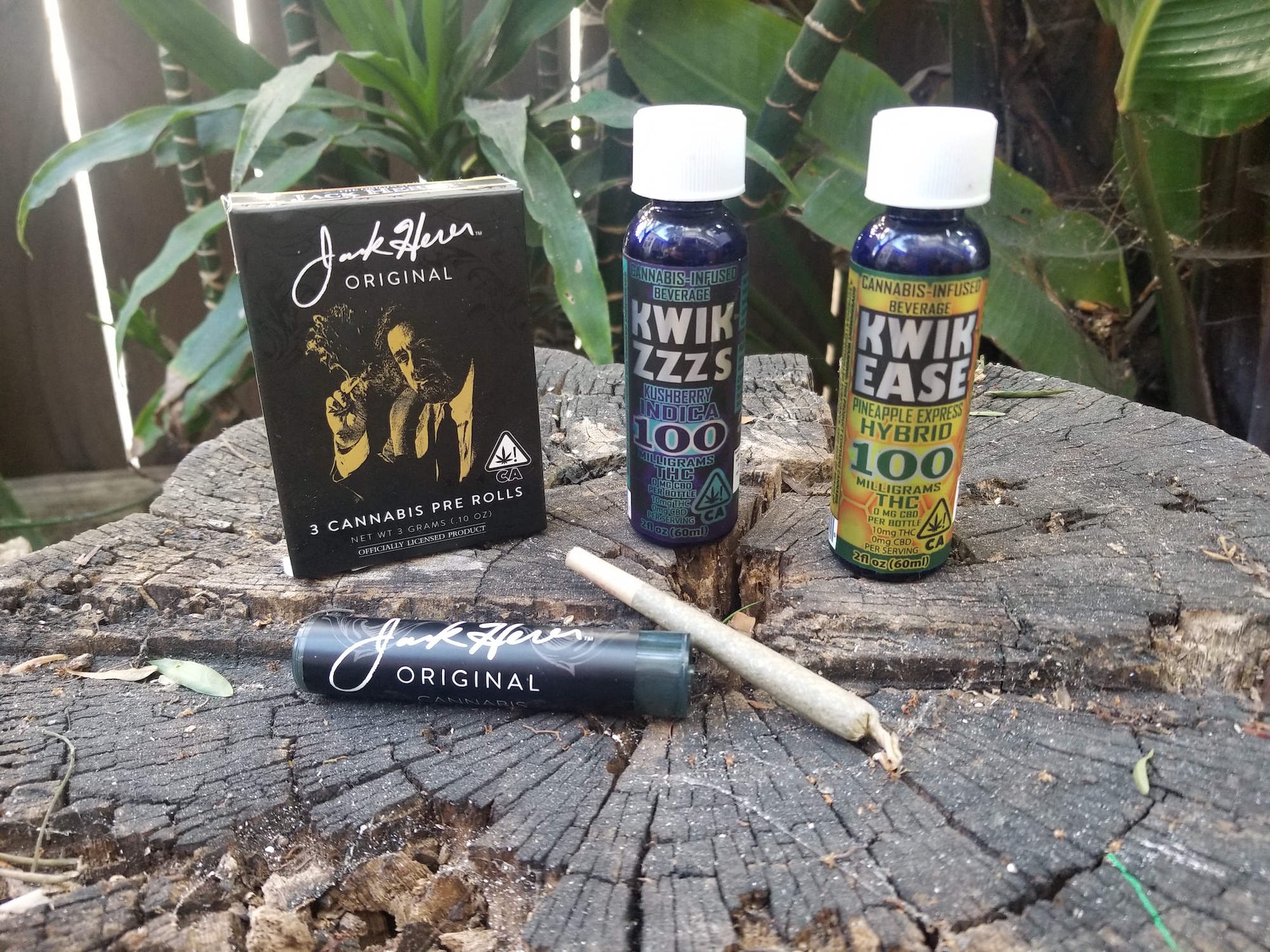 Remember when isolation was only going to be for a few weeks? I cleaned up my place, picked out books and DVDs I needed to catch up on, and contacted long-neglected family and friends. I could do this. Plus, I had weed.

Did I ever have weed! I wasn’t going out to bars and clubs—through experimentation, I found out I wasn’t a social drinker, but I was a 24-hour stoner. So with the money I saved, I invested in cannabis.

I bought several different strains to experiment with their effects. I investigated concentrates. What was caviar? Crumbles were awesome. I like shatter more than resins. I even bought a dabbing pen.

Weeks turned into months staying inside watching movies and Netflix. Everyone was all into Tiger King. I rediscovered hash. I know I must have nodded off during a couple of Zoom game nights after smoking that special joint made just for the occasion. It was a great quaalude, the ultimate chill out.

The months dragged on. I started rolling my own joints! I was grinding the day away. Mixing strains, rolling ‘em thick, and, like Ben & Jerry in a sugar-rush rampage, throwing in ALL the ingredients. I was making layers of weed and concentrates and hash. Hooha! Let’s ride this rocket of weed and see where it goes. More!!

Then I stopped getting high.

I was smoking and feeling nothing. What happened? I didn’t feel like stopping, but I knew something had to be done.

First of all, I made sure I was drinking enough water. That was an easy one to forget.

Next, I switched things up. I needed a new attitude, so I turned to cannabis beverages. I had used Kwik Ease from Manzanita Naturals before for a nice high with one container containing 100mg of THC, so I started taking smaller doses with capfuls of the Pineapple Express Hybrid. I found a nice three-four cap dose. Later I used two caps of Kwik Zzzs Kushberry Indica for night-night time.

I have recommended Kwik Ease time and again, and for good reason, it works. There is something about the mixture of cannabis oil, honey, lemon juice, ginger root, and various extracts including quillaja bark, valerian root, and orange that makes it work well with my body.

Finally, I started smoking more sativas. With all my brooding and movie watching I had been off on an indica kick. Too much indica can be, well, too much, especially in these wackadoodle days. I bought a box of Jack Herer Original Prerolls, a strong sativa, and boy, did they do the trick.

I was stoned again!

Now, reaching into my seventh month of isolation, I have more of a pot schedule. I have a nice sativa to start the day. I try and space out (no pun intended) my smoke breaks throughout. Later in the day I will smoke a stronger blend. Near bed time, I might still sprinkle some hash or dab some concentrate, but I regulate.

I am currently smoking mostly just flower. I have tucked away those super-strong concentrates and that relaxifying hash for special occasions and bedtime. Before, I was throwing everything I could find into my bowl and muddling up my high. Now when I pick a strain, I will stay with it most of the day and switch up maybe in the evening.

I still like to roll joints. I have experimented buying some of the larger bags of shake or small buds offered at dispensaries. To my happy surprise, all of them have been good quality with good smell and effects, especially those by Lolo. I recommend their bags of Sundae Driver and Italian Ice Cream, both Indicas. It makes for easy rolling.

As we roll into harvest season, I hope everyone has found a cannabis routine that is helping them deal with our current problems. I know the expectorant qualities of cannabis helped keep my lungs clear during our recent bout with smoke. I send my love and good energy to all those brave people fighting and surviving the fires that caused it.

This year has been throwing punches at us like no other.

Remain strong, know it will pass and don’t overdo the cannabis consumption. Give everything in your stash the opportunity to do its job. Hope you have a happy high every day!

Now it’s time to light up!

We go down the stoney road for you, sampling latest offerings from Jeeters, King Roll, more
Puff

Puff: New strains, all the gains

Our brave and bold weed critic shifts into cannabis overdrive to bring you the latest and greatest news on just-dropped flower variants.
Puff

Doesn't City Hall have better things to do then send law enforcement after people who light up in their own homes?