She made hundreds of meals in her kitchen for the unhoused and distributed them throughout the community. 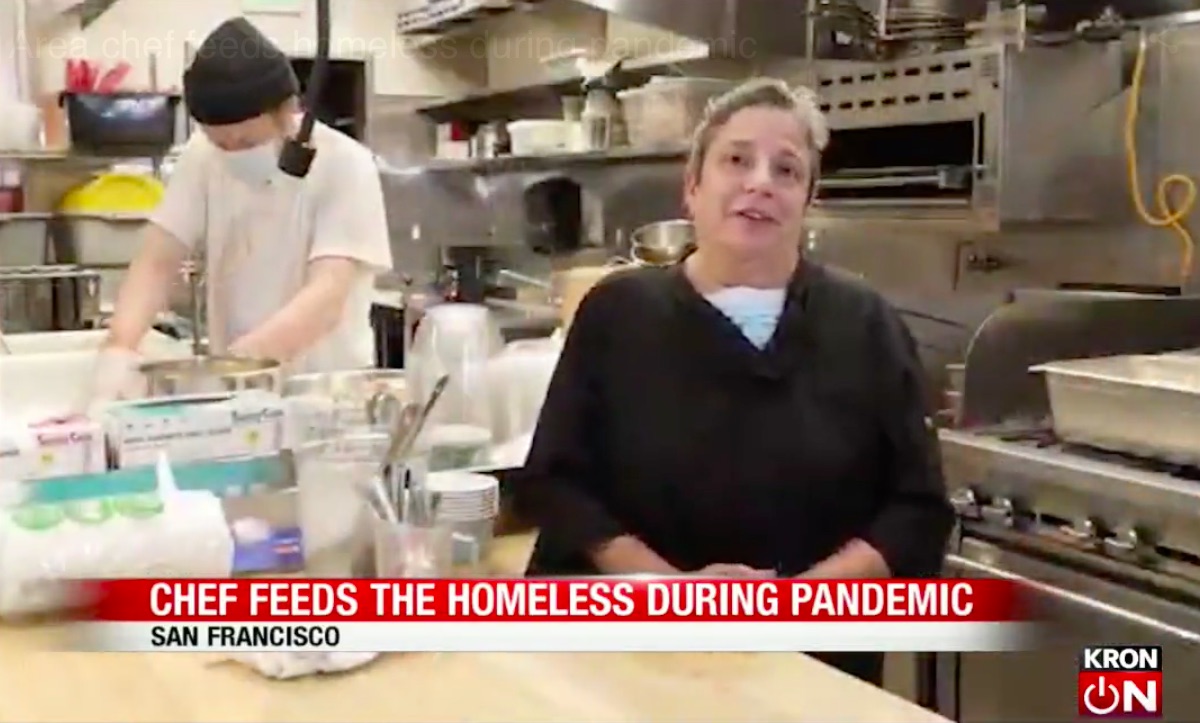 Joanna Karlinsky has long been both compassionate and resourceful when cooking more than needed for a particular service or meal—and when identifying other opportunities to share excess provisions with the unhoused. For years, the San Francisco chef, former restaurateur (her last restaurant Sweet Jo’s, located inside the city’s Jewish Community Center, closed in 2010), biscuit whisperer, and cancer survivor has brought perishables to Food Runners. But after she essentially lucked into a large food donation at an hour when the local nonprofit was closed one night, she filled her truck full of catering pans and handed out all of the food on the streets herself.

After spending the first few months of the pandemic cooking hundreds of portions of comforting and nourishing food out of her own kitchen for regular weekly disbursement in the hardest hit parts of town, Karlinsky received two nearly concurrent boosts from her community. Some friends started a social media fundraiser to bolster her efforts and raised nearly $10,000, and Bi-Rite Market owner Sam Mogannam offered her the use of his kitchen at the nonprofit 18 Reasons in the Mission District in the spring.

The admirable strength and heart that Karlinsky has shown through the fact that she’s only been deepening her connection and commitment to doing this work at this particular time when it’s exponentially more challenging is a bright light for San Francisco.

Letter to the Editor: Weighing in on Garfield’s leftist cred

Garfield has been transformed into a icon of the left—but what's his creator doing with Mike Pence?
Movies

Enter for an online screening of film that follows a young Chinese American basketball phenom.
Letters to the Editor

Remembrances of the late literary lion from writers David Talbot, Tony Robles, and Eric Sneathen
Letters to the Editor

Letter to the Editor: Uighurs, disinformation, and US media coverage

Win a chance to see Guantánamo Bay drama ‘The Mauritanian’

Teaching Behind the Mask: Why FCCs need more resources -- and respect.
Labor

The voters approved Prop. I last fall to support tenants and affordable housing, but the mayor says she will use the money for her own priorities.