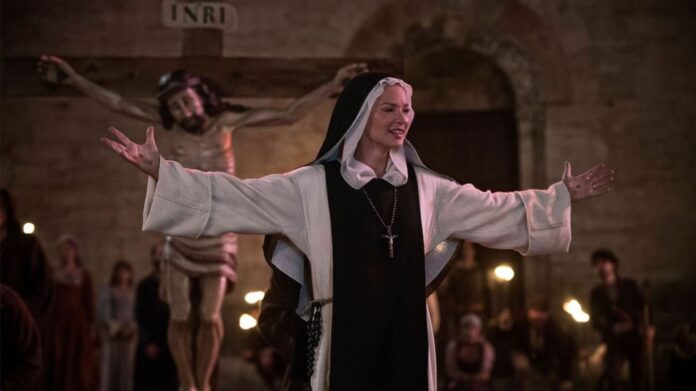 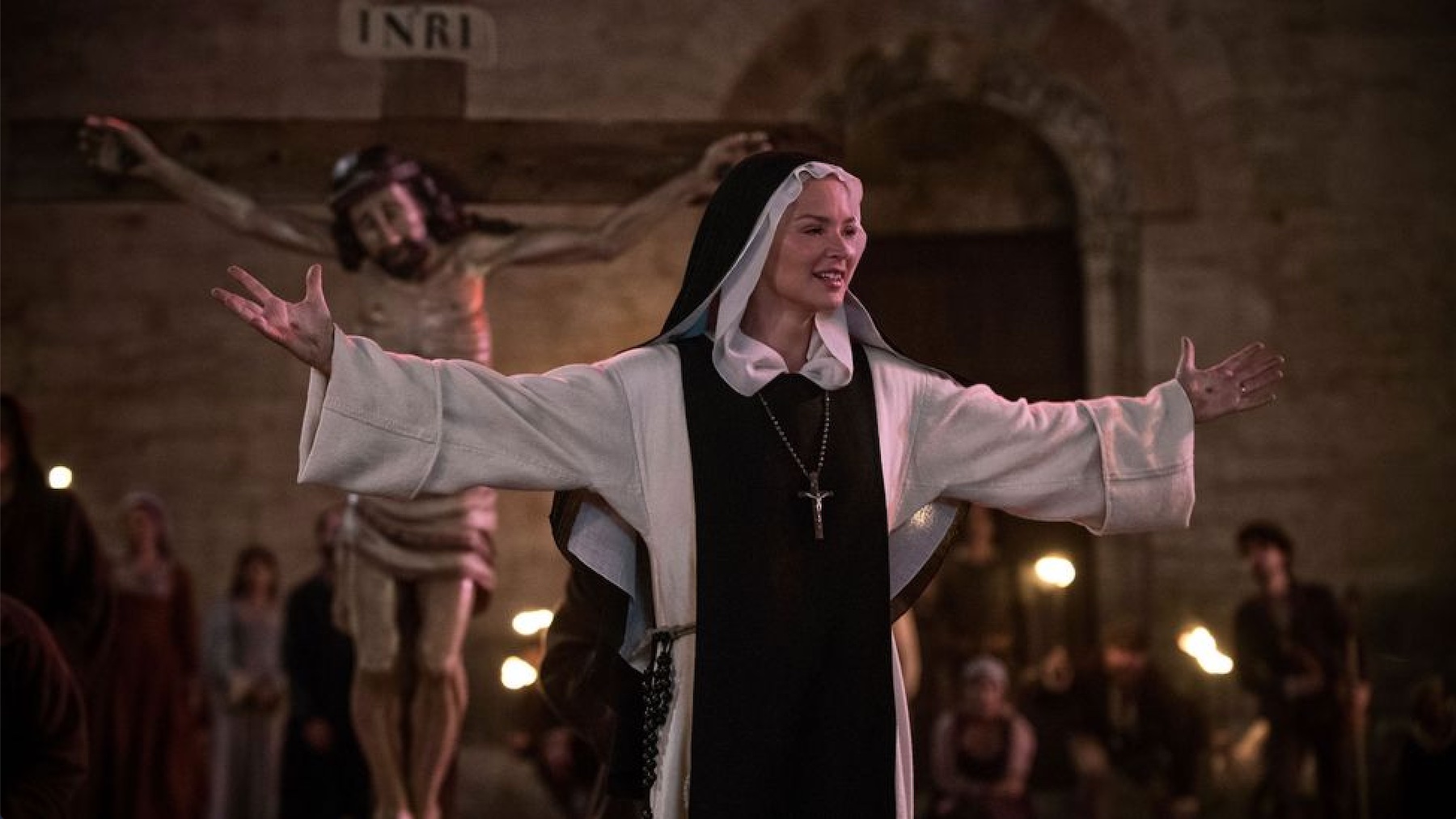 In the first Ficks' Picks dispatch from the fest, 'Joan of Arc' meets 'Xena: Warrior Princess' in Paul Verhoeven's 'Benedetta'

Achieving press accreditation to this year’s in person New York Film Festival, which runs September 24 to October 10 at the Lincoln Center for the Performing Arts, felt like a gift from the cinema gods. Added to that, NYFF showcased the most exciting festival line-up to date in North America, including new films from Jane Campion, Joel Coen, Gaspar Noe, Julia Ducournau, Mike Mills, Apichatpong Weerasethakul, Saul Williams, and Sean Baker. Just being back in a movie theatre (every attendee needed to show proof of vaccination) brought tears to many peoples’ eyes. Here is the first of my spoiler-free Ficks’ Picks for the upcoming end of the year onslaught of high profile international films. (You can print them all out and post them on your fridge as a reminder that cinema is not dead.)

PAUL VERHOEVEN’S BENEDETTA (FRANCE/DUTCH)
Nothing could have attracted audiences more to the US premiere of Paul Verhoeven’s latest “blasphemous lesbian nun flick” then a real-life protest by Catholic groups (complete with bagpipes and drums) outside the Lincoln Center this past weekend. At the age of 83, the Dutch provocateur has been a consistent thorn in the side of acceptable cinema for over 50 years and Benedetta is easily one of the most deliciously sensational and poignantly political films of the year.

This was followed up with perhaps the most infamous film of the era: Showgirls (1995), a master class on the perils of capitalism that is still massively misunderstood. Certain critics started to note that Verhoeven might be as complex as fellow transgressive filmmakers Pedro Almodovar and John Waters, as he consistently revealed a devilishly maniacal, even misanthropic mindset that was profoundly pulsating beneath all of his pop culture. Yet, like studio filmmakers of the past (i.e. John Ford), when asked point-blank what his underlying goals were when making a movie, he very often would respond with, “I wanted the bugs to much bigger!”

What makes this most recent tour-de-force Benedetta so bewitching is its deep-seated connection to the earliest films he made in the Netherlands. His second feature, Turkish Delight (1972) not only made Rutger Hauer and Monique van de Ven international superstars, the film was a phenomenon garnering Verhoeven an Oscar nomination for Best Director. The film still stands as the most revered (& successful) movie in the history of Dutch cinema. This was followed by Katie Tippel (1975) also showcasing Van de ven and Hauer, a shockingly raw 19th Century adaptation of a rural family emigrating to the big city. Verhoeven was nominated for a Golden Globe in 1977 for his heartbreaking WWII account Soldier of Orange, while Spetters (1980), a neo-realist look at working class lives of a group of disaffected dirt bike riders, kick-started Verhoeven’s infamy at instigating audiences to protest his films.

All of these early films explore similar themes as Benedetta by focusing on the wandering outsiders of our society. (Elizabeth Berkeley’s appropriately named Nomi in Showgirls fits perfectly into this thesis.) Virginie Efira whole-heartedly tackles the title role of Benedetta Carlini, a 17th century novice nun who joins an Italian convent, only to find herself questioning her own desires. The film is based loosely on Judith C. Brown’s 1986 non-fiction book, Immodest Acts: The Life of a Lesbian Nun in Renaissance Italy.  With medieval set pieces and aesthetics that feel like a cinephile’s wet dream, combining the art house cinema of Carl Theodor Dreyer—Passion of Joan of Arc (1928) and Ordet (1955)—with Robert Tapert and Sam Raimi’s “Xena: Warrior Princess” (1995-2001), nothing can prepare you for Benedetta’s late-nite fantasies involving sinful serpents and a bareback riding Jesus.

As the film reaches its eerily prophetic climax, both Daphne Patakia and Charlotte Rampling’s stunning performances punctuate how truly brutal the laws regarding sexual freedoms have been to those that don’t fit in. This exuberantly revisionist, biblical tale is a fitting finale to Paul Verhoeven’s irrepressible 50-year master plan and will be released by IFC Films on December 3.

Jesse Hawthorne Ficks is the Film History Coordinator at the Academy of Art University in San Francisco, teaches adjunct at Chapman University, is part of the San Francisco Bay Area Film Critics Circle and curates/hosts “MiDNiTES FOR MANiACS,” a film series celebrating underrated & overlooked cinema in a neo-sincere manner.

Plus: What's going on with Mental Health SF, and is CPMC helping with the public-health crisis in the Tenderloin?
Read more
Education

City records show the way the garbage company could be inflating its costs—and charging consumers for it.
Read more