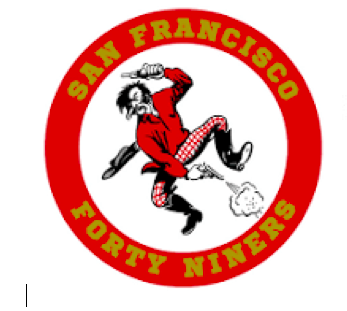 TOP OF THE HEAP

You know, if you look at Whiner QB C.J. Beathard’s name right, it all makes sense.

Separate the ‘t’ and the ‘h’ and you get five sacks, 16 hits, flurries of hurries and…new QB acquisition Jimmy “Chisel Chin” Garoppolo got a real close look at the 49er offensive strategy yesterday, and what really must have impressed him was, even though Beat-hard is a human punching bag, when he does get time to throw, he has a wide array of receivers ready to drop any pass thrown, any time, however accurate. These guys are wearing clown gloves. But, really, when the O-line is so porous that the ineffective running back blocking gets to shine almost every play, why would you even EXPECT to get a pass thrown anywhere near you?  It’s just a lot to ask.

The O-fer-Niners are now the first team to 0-9, as the Browns could not keep pace yesterday, because they just didn’t play. Enjoy it while you can, Whine-boys, because next week the NY Giants (1-7), come to the Most Expensive Empty Stadium in football, and, believe you-me, the Giants are not leaving until they get another loss in the bag. BE THERE.

BLOW OUT OF THE WEAK and ADIOS BRO-CHA-CHOS!

What a two-fer!  Giants coach Ben McAdoo craftily suspended top DB (Janoris Jenkins) this week and the team responded by getting Ram’s QB Jared Goff career highs in yards (311) and TDs (4). The rest of the team picked up on the spirit of the thing, and got Jimmy Hoffa’d (buried in their own stadium) 51-17.  Last time they got shellacked like that? 52-21 in 1964 against the…Cleveland Browns, the last time the Browns won a game. Or so it seems. This game was truly a changing of the guard.

Now, please rise and remove your Doormat Team cap of your choice, raise a dented can of your favorite minty beverage and give a lusty cheer for the exit of one our longest standing members, The LOS ANGELES LAMBS!  Holy God of Mercy, they’re GONE. Without a winning season since 2003, the Lambs have the blue and white helmets back on, and look…they look great. They’re having fun, and there are tears of joy in the stands.  Though only 6-2, and the requisite is you have to guarantee a minimum 8-8 finish, these guys are not coming back this year.  Adios, Bro-Cha-Chos!

THE OTHER BLOWOUT OF THE WEEK

Well, here’s your second half of the season team that won’t be anywhere near a mile-high in altitude any time soon.  The Chargers may have a rough time finishing last in their own division, at this rate.  The Buncos are now in rotating mediocre QB mode. Spinning slowly in the Rocky Mountain breeze….brr.

The Indiapopolopolis Colts, supposedly the worst team in the league, now have 3 victories, and are 3 whole games behind the Browns for the AFC Doormat crown.  The Moldy Carpet Trophy…fading hopes.  Now that starting Texan QB Deshaun Watson is on the sideline, the Toxins don’t have to listen to fan complaints about how they aren’t using him right. They can toss someone far less talented out there and get back to losing to anybody on any given Sunday. Watch for the Texans to finish lower on the totem pole than the Colts in the AFC South.

Well, if the Browns aren’t playing, an Ohio team has to pick up the Orange Banner, and wave it…vigorously.  And open the windows, whew!   8 first downs, 148 total yards, 7 punts, multiple fights, a couple chokeholds and our FIRST team under 20 minutes possession time this year – 19:46!!!  It was way messier than a Browns loss, but not everyone can be so professional. Way to step UP, Bungles!

The Bucs (2-6) brought their fascinating train wreck to the Big Easy yesterday, and I hope their fans found a good oyster po’ boy sandwich somewhere in town, and a decent mint julep with an excellent shot of bourbon in it. The Bucs though, man they looked like they had 7 or 8 Hurricanes the night before, each with a more absurd straw as the night wore on. Oh well, another bunch of green horn tourists that can’t find a real jazz club OR the end zone. Put it in a go-cup and head back to Florida.

During this game last night the red phone rang, and it was, of course, our Commissioner on the line. He had a few thoughts:  1. Raiders receiver Amari Cooper, who apparently can’t catch a pass, but can catch a grounder (onside kick), should switch over to playing SS for the A’s. After all, he’s familiar with the infield.  2. The Raiders have talent, but no focus. They may yet still be with us in the Basement come January. 3. Miami is not much of anything but an opponent every Sunday.

And, there you have it- the goal of half the league in the NFL is to be…an opponent on Sunday. Might as well wear hideous all-teal uniforms and live in Parity, because once the playoffs show up, your best shot is to be that team that ‘has no business’ being in the playoffs. But you see- they DO. They represent the majority interest in the league (and, often the Doormat Division as well), and deserve a seat at the table in January, however brief. They are the fatted calf of the playoffs!  Sacrifice is the spice of life.

The Porkers have had a whole week off to dis-prepare for this entry attempt into our league. Let’s see what they can not do tonight against the often-accommodating Kittens, another team teetering on making the Bears relevant. The NFC North, the division bent on making the Vikings winners.

aaaAAAAAnd That’s the View From the Basement!!!!