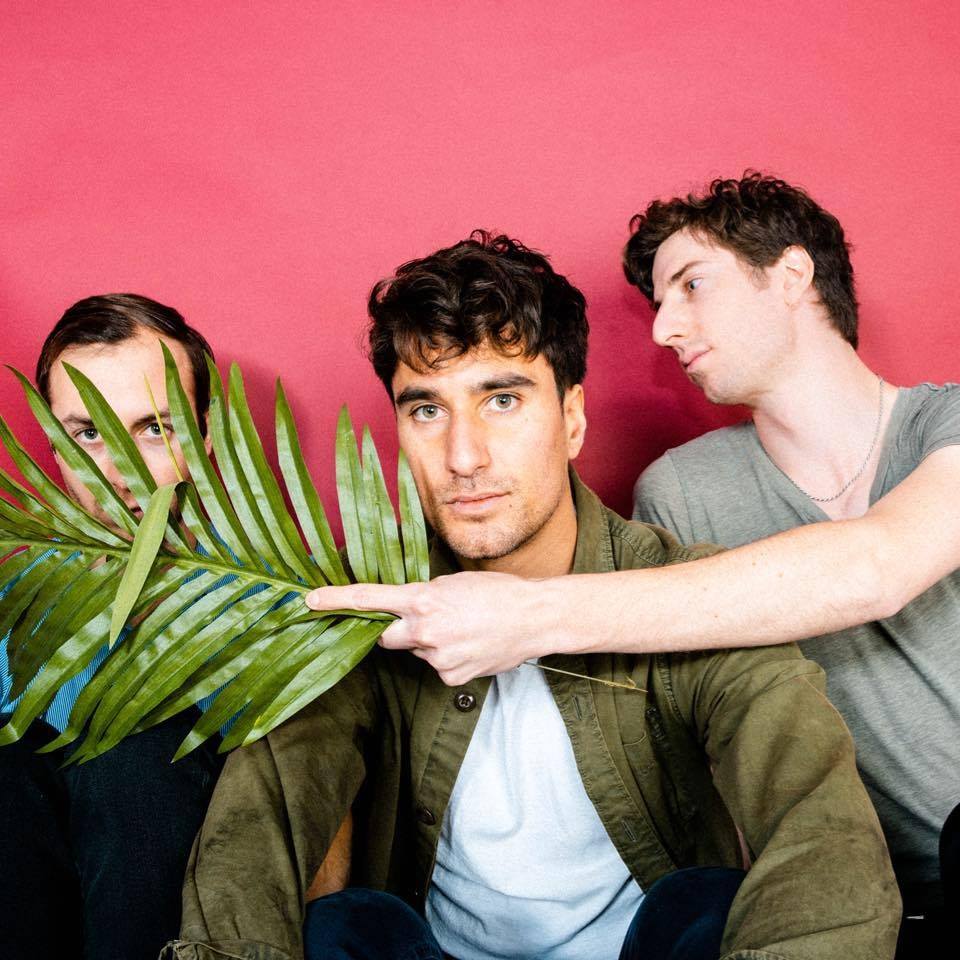 The Alameda indie-pop band (appearing Sat/28 at Slim’s, SF) was signed by the mega-label in 2014 after years on the Bay Area all-ages circuit and support slots for artists like Billy Idol. After signing, they were able to share stages with some of the world’s biggest names—Ed Sheeran, Twenty One Pilots, the Black Keys—and sell out venues like the Fillmore.

But their partnership with the label yielded only a re-release of their self-released Tears You Apart and an EP, When Night Becomes Day. They haven’t released a record in nearly four years.

“Our relationship with [Elektra] seeped its way into everything,” says lead singer Brendan Hoye. “I don’t know what it was, but they felt like they had to be there every step of the way and hold our hands.”

“We’d send them songs they wouldn’t approve of, then they’d hear the same songs six months later and be like ‘oh, this is incredible,’” says guitarist Alex DiDonato. “When you have your team not really supporting the songs you’re working on, it doesnt give you a lot of confidence.”

The band ultimately scrapped their planned major-label debut album twice before severing ties with the label in 2018. It’s a classic story: promising young band signs to massive label in hopes of success but finds the freedom afforded to an independent band is worth far more.

Finish Ticket formed in 2008, when the band members still attended Alameda High School, and quickly made a name based on their energetic live performances and natural charisma. Hoye is a true frontman, one of the few rock singers in the home-recording era who refuses an instrument and struts the stage hands-free.

Early on, the band rubbed elbows with Bay Area indie rock bands like Please Do Not Fight and Picture Atlantic. It helped that their sound—robust but friendly, dramatic but direct—helped them fit in with the big-budget indie rock bands of the early Obama years, like Awolnation and Young the Giant.

They self-released Life Underwater, their first EP, in 2009; Shake a Symphony came out almost exactly a year later, and full-length Tears You Apart came in 2013 before Elektra reissued it the next year.

When Night Becomes Day remains their only true major-label release, and unlike many bands saddled with the label, they remain an indie rock band in the strictest sense of the term.

Finish Ticket’s split with Elektra came after a year spend negotiating their ownership to the songs. The label wanted to keep them, while the band wanted to retain them.

Shortly thereafter, bassist Michael Hoye (Brendan’s brother) and keyboardist Nick Stein (drummer Gabe Stein’s brother) left the band. Per DiDonato, the split was amicable, and they simply “wanted to go back to normal life.” Michael now studies at UC Davis, while Nick remains as a touring member of the band without the “responsibilities” of full-time membership.

Independence has been good to the remaining three, who now live and work in LA.

“I think it’s great that once we’re all excited about a piece of music, it’s done,” says DiDonato of something most unsigned bands take for granted. “We’re leading the team now, which is great.”

In July 2019, Finish Ticket released “Dream Song,” its first piece of music in three and a half years. “Ceiling Won’t Break” came out a month later. Both are slated to appear on an upcoming release, whose final form has yet to be determined.

“On our last EP, it felt like the majority [of the songs] were big and rockin’, and we love that for our live show,” says Hoye. “But I think for this next record we had to push ourselves to have a well-rounded album that covered a lot of ground.”

It’s hard to say what to expect, but don’t hold your breath for Finish Ticket’s version of “Revolution 9.” The two songs so far are a little more muted than what came before, designed more for contemplation than arena-sized singalongs, but they’re still recognizably the work of the same band that haunted venues like Blake’s on Telegraph and Bottom of the Hill 10 years ago.

The band is currently touring behind the new singles and will wrap up their 11-date run with a show at Slim’s in San Francisco. But don’t expect them to stick around too long.

“We love it, we miss it all the time,” Hoye says of Alameda, where he hopes to snag a burrito at vaunted taqueria Ramiro & Sons. “But we’re all very excited to work on this new music, so we gotta get back down.”