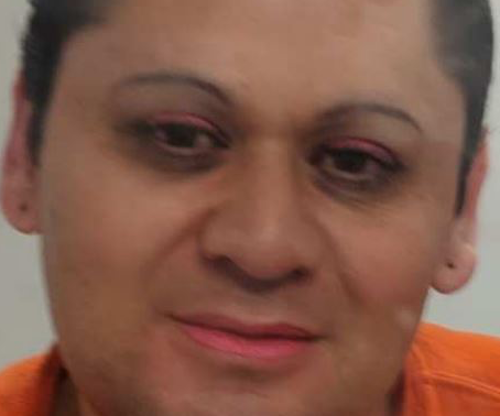 Lexis Avilez thought she was going home on Christmas.

It seemed, she later said, like a miracle when Yuba County sheriff’s deputies took her Dec. 25 from the cell where she had been confined for 13 months on an immigration hold. They told her, court documents show, that she was going to be released.

Instead, the transgender woman was handed over to ICE officials, who put her on a plane to a remote detention center in Texas, 2,000 miles from her lawyer, her supporters, and her community – a place where, court filings say, she is unable to get  the medicine she needs, is forced to wear men’s clothing, is called by her former name and gender, and is in solitary confinement.

At first, she couldn’t even call her attorney.

“This is an example of how ICE is treating transgender people,” Hector Vega, an attorney with the SF Public Defender’s Office, told me.

Lexis was born in Mexico, but came to the US as an infant. She was given a male identity at birth, but has never felt comfortable with that gender, Vega said, and suffered abuse and discrimination throughout her childhood in Salinas.

Documents filed in federal court tell a horrifying (but all too common) story:

Growing up, she struggled to understand her identity and chafed at masculine norms. She liked sneaking into her mother’s room to try on her clothes, shoes, and jewelry, and shaved her arms so they could be smooth. (“I always thought my mother was really pretty and I wanted to be pretty like her.”). When her family noticed her gender nonconforming behaviors, she was insulted and punished. (“My father called me a faggot and reprimanded me harshly.”).

Attempting to fit her family’s expectations that she be male and tough, she joined her brother’s gang. She became a legal permanent resident at 18, but then ran afoul of the law – giving ICE grounds to deport her. After serving a 14-year term in prison for assault with a gang enhancement (where she cut her ties with the gang), she was transferred to Yuba County, under an ICE deportation hold, where she was able to connect with a therapist and came out as trans.

Vega, who took her case when she was in immigration court in SF, was able to get her medical attention and a diagnosis that even ICE agreed should allow her to receive hormone treatments and official recognition of her chosen gender.

“I thought it was going to be okay,” he said. “They were looking for the right medical provider, and we were appealing her immigration case.”

But the hormone treatments never started, and Lexis was never allowed to wear women’s clothes. She was either in solitary confinement or in a men’s pod.

And then, suddenly and for no apparent reason, she was sent to Texas, where the conditions are even worse.

In a federal court filing Jan. 3, Vega is asking for a restraining order that would force the feds to release her and allow her to get medical treatment.

In a statement from her solitary cell in the Prairieland Detention Center, Lexis said:

The conditions of my detention have worsened and have had a huge impact on my mental health and my ability to move forward. I think this has been so cruel to me. ICE and the other officers know how difficult the last 14 months have been for me and yet have had no compassion for the way they detain me and move me around like I mean nothing.

We are gravely concerned for Lexis’s health and safety. The few times that we have been able to talk since Christmas, she has been in tears and asking me to help her come back. This was a callous act from a heartless agency and we demand that ICE release Lexis from custody. She deserves to finally truly express herself and her gender identity with the support of her community. She poses no danger to society and deserves to be released from custody and have her human rights respected.

Vega told me that Lexis was suicidal when she was formerly in solitary confinement, and he’s worried that she won’t survive in the conditions she’s now facing.

Ms. Avilez now sits in a segregated cell, thousands of miles away from her pro bono attorney, her family, her treating medical professionals, and community members who have provided critical support throughout her gender transition. She continues to be detained indefinitely under conditions that imperil her health and safety.

This isn’t just one horror story – it’s another example of how ICE operates, how it dehumanizes people and put them at risk of danger and even death.

And it’s going on every day.

No date has been set for the hearing on the restraining order.