With her latest EP, the UK vocalist rides a new era of Neo-soul while crafting something forcefully and irresistibly her own. 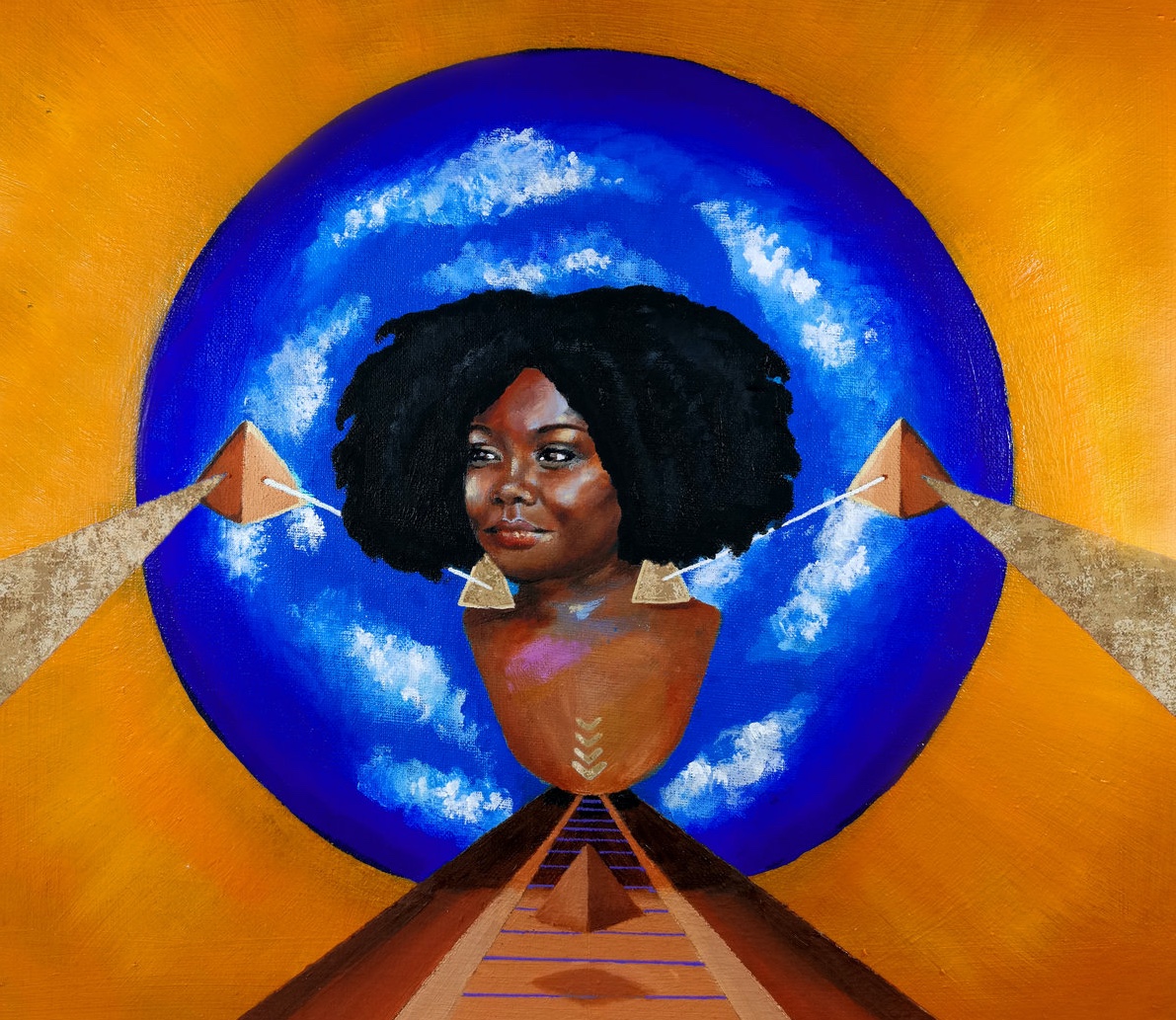 It is unfortunate that everything we read, do, and check, as in Right Now, gets processed through a ʻcrisisʻ prism. As much as I try to put on my record review hat and keep it moving, weʻre all shell-shocked, but still stepping to the beat of life.

What else can we do? Thirty-two seconds into Morning Matters, Yazmin Laceyʻs five-song Neo-soul ode to better self-development and personal resilience, she bestows the right advice from jump with “On Your Own”: “Bad things will happen in our lives/But we must keep a high vibration.” Thirty-two seconds in!

This Nottingham, UK-based vocalist, who dedicated this, her third EP, a micro reworking of 90ʻs jazzy/hip-hop/soul fusion, to anyone that’s ever struggled with getting up and out in the morning, for everyone doing work on themselves and trying to live better, takes fears and hesitations under that breathy calm voice, performing, wait no… executing leadership functions, let us just say, “others seem ill-equipped to do” by assuring us, for THIS blessed stretch of time, we gone be alright. In regular times Morning Matters would be perfect Sunday morning listening, but now it shouts of ʻget your mind rightʻ everyday meditative preparation.

Adhering to the same sonic ideology Shafiq Husayn exercised on 2019ʻs The Loop, his eclectic booster shot of optimism, Lacey too sees Black music as a community, an ongoing conversation that should heal, not sell. She uses these R&B-meets-jazz fusion arrangements to craft “just Pop enough” compositions that keep the earworm melodies vibrant, uncluttered. But familiar enough to stay on constant rotation.

It doesnʻt hurt to have Femi Koleoso and Ife Ogunjobi of Ezra Collective aboard, Moses Boyd on drums, Sarah Tandy on keys, the low-profile Eric Lau behind the mixing board on certain cuts. And there seems to be just a bit more stickiness behind the tempo on the two Moses Boyd produced tracks, “Lately (Interlude),” a dream-funk traverse and the foot-innit, sticky morning dew vibrations of “Morning Sunrise.” The tracks make their rhythmic presence known immediately.

Early on, while attending the acclaimed youth theatre program at Theatre Royal Stratford East, acting became second nature for Lacey. Small roles on stage and TV popped up. But that whole typecast of a young black woman with an attitude, robbing a store, or pregnant…… Basic stereotypical shit. It did not represent her. Music became an honest and direct way for her self-expression.

The first time I heard, as in listened closely, to this new ʻBaduʻ manifestation, it was the deadass opening bars of ‘Something My Heart Trusts’ from 2018ʻs When The Sun Dips 90 Degrees EP that got me open: “You won’t shut the fuck up/ And I won’t let you in/ Something’s got to change/ this is sink or swim/ So meet me in the middle.” Delivered so composed. Steely ice water through veins disarming delivery. Iʻm assuming dude shriveled up and bounced cause Lacey flipped things into a ʻgotta goʻ situation.

During that press tour, she announced 90 Degrees is “when you decide to lock off from the ‘outside’ world and create your own atmosphere, take some time to give thanks for what’s breathing love into your life and smoke off the fuckeries.” What did I tell ya, her word game remains flawless. But under the coyness, she’s searching for solace. A new beginning. Of her own design.

So here it is. A five-song EP, exercising the virtues of clarity and self-reliance. Showing folks, not only how to move on from the bullshit in their lives, but instilling the gravitas to hand out shovels for fools to pick it up as they go. Learn from this woman… Witness the first single ʻNot Today Mateʻ: “I’ll never be a puppet on your strings/ Won’t fit in tomorrow’s your real day/ From a long, long line of strong women, so show respect/ ‘Bout where I’ve been” while Sam Posener on bass keeps this slump-groove moment shuffling and cooking with dirt-free energy.

When Lacey hands somebody their walking papers, she renders it via that caramel-burnt voice, real coolly. Shouting is for suckers. It seems sheʻs been put through the paces before…… So that just behind the tempo, serene reading comes off nonchalant. Like reciting a grocery list you are not paying for. Add that backing of her Soulquarian-adjacent compositions, slick but not cheap, itʻs a kiss-off that bumps along, generating that fetching head-nod enthusiasm. Power.

Make no mistake, Morning Matters is delivered from an unapologetically Black perspective coursing with divine feminine energy from every stanza, so it resonates at a high frequency. A certain vibration. But these are tenets anybody can use when working on themselves.

Great listening from Afrikan Sciences, Loraine James, more. Plus a tribute to the inventor of the cassette
Music