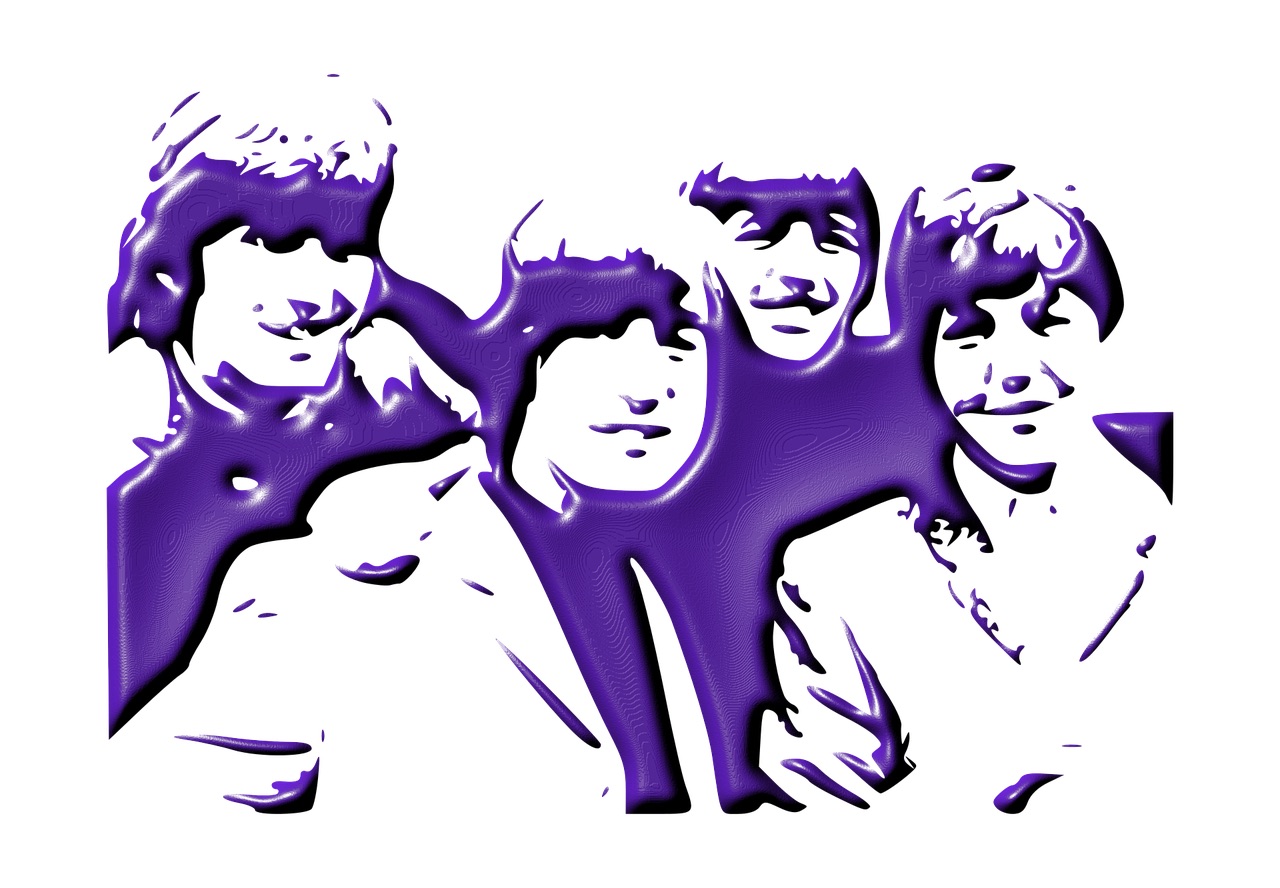 Among the many horrors 2020 inflicted on us, one that cuts particularly deep is the seemingly endless parade of deaths of great musicians—some famous, some known only to niche audiences, but all important in their own way. Seriously, how can you look at a year in which Little Richard and John Prine died while Jared Kushner still walks the earth as anything other than gratuitously cruel?

That’s just one of many struggles the music world faces this year, but it got me thinking about what music does in our lives—and of the musicians who saved mine.

I mean that literally. I have not the slightest doubt that I survived adolescence because of four musicians I never met, but whose sounds permeated my life from the age of about 10. Two of them are still with us, though at the ages of 78 and 80 we can’t be sure for how long. They were in a band together a long time ago and you might have heard of them. Their names are Paul and Ringo. [Read Daniel Bromfield’s review of the new McCartney III album here.]

For this to make any sense, you have to imagine what it was like to be turning 14 in 1970 and just starting to figure out that you weren’t straight. Popular culture showed you literally nothing to suggest you might have a happy and normal life.  If queer characters appeared in movies or TV at all they were objects of ridicule, suicidal losers or predators to be feared. There were no out queer celebrities—no Lil Nas X, no Janelle Monáe, no Ellen DeGeneres, no Laverne Cox, no Zachary Quinto, nothing. Your family told fag jokes. So did your teachers. So did your friends.

But when I started to have a glimmer about my sexuality, around 13 or 14, I knew—absolutely, definitively knew—that it was OK to be different and that you didn’t have to live your life according to other people’s expectations. And I got that 100 percent from the Beatles. I sure as hell didn’t get it from my family.

The idea that it’s OK to be different comes up again and again in Beatles songs, sometimes stated directly, sometimes more obliquely, but consistently there. “The Fool on the Hill” is about an outcast, scorned and ridiculed, a portrait of loneliness: Nobody wants to know him/They can see that he’s just a fool. And then, as the song reaches its climax, the melody soars and Paul McCartney’s voice, mostly quiet and pensive until this point, rings out loud and clear: He never listens to them, he knows that they’re the fools. And suddenly we get it.

That moment of musical magic (plain words on paper could never, ever have that power) burrowed its way into my 11-year-old soul from the moment I first heard it. So did lots of other Beatles moments, like the deliriously optimistic sing-along, “All You Need Is Love,” in which John Lennon sings, There’s nowhere you can be that isn’t where you’re meant to be/It’s easy/All you need is love. If that was real, and they sure made it feel real, then I had to be OK.

Of course I wasn’t processing this stuff consciously at that age, but it seeped into my subconscious. And it stuck.

Have you ever really listened to “She’s Leaving Home”? It’s sometimes dismissed as one of the weaker tracks on Sgt. Pepper’s Lonely Hearts Club Band, seen as a bit too sentimental, even mawkish. Listen again. The thing’s a coming-out story: Something inside that was always denied for so many years. No, it surely wasn’t intended as a coming-out story, at least not consciously, but there it is: A girl is hiding something important about herself from her family. She has to get out and live her own life in her own way. And she does. And she’s going to be fine.

The other recurring strain in Beatles songs, and this really was and is McCartney’s specialty, is hope, even when things look bleak. And that, too, dripped into my youthful nerves like a hospital IV. Take a sad song and make it better, Paul sings at the beginning of “Hey Jude,” and that warm melody and reassuring voice wrap their arms around you and make you feel like it really could be that easy. Against “Blackbird”’s fluttering guitar that evokes a bird’s wings, he sings, Blackbird singing in the dead of night/Take these broken wings and learn to fly/All your life/You were only waiting for this moment to arise.

It’s going to be OK. You don’t have to be what they say, and you don’t have to believe it when things look bad. These four terminally straight guys from Liverpool were building my emotional defenses and I didn’t even know it.

And they kept on, even after their famously acrimonious 1970 split. Lennon spent most of his first two solo albums railing against hypocrisy and declaring his independence from everyone’s expectations. I just believe in me, he sings at the end of “God.” And he means it.

And on McCartney’s second solo album, “Ram,” as the opening track hits its final verse, Paul cranks up the volume and wails,

I was 15 when that record came out, trying to figure out how to be the proverbial square peg in a world that seemed to insist on round holes, and it was like someone had slipped a note through the barbed wire of my mental concentration camp, saying “It’s OK, kid. Don’t let them fuck with you. You’re gonna be fine.” It worked.

So here we are about 50 years later, with John and George sadly long gone but Paul and Ringo still kicking and still making music. In December Ringo dropped a new song, penned by Dianne Warren, that’s more optimistic than anything released in 2020 has any right to be. And Paul, his days as a major hitmaker long past, has made some startlingly beautiful, adventurous and introspective music in recent years, including 2018’s ambitious Egypt Station and the brand-new, somewhat eccentric, McCartney III.

But these two beloved old rock geezers aren’t going to be what saves some future kid’s life the way the Beatles saved mine. No, the music that rescues some future adolescent who’s feeling lost and rejected by her community because she’s Muslim or undocumented or queer or whatever will be made by some act we don’t know yet, practicing now in someone’s garage, scrambling for their first paying gigs in little clubs and hoping to someday get a recording deal—just like the Beatles did at Liverpool’s Cavern Club and little dives in Hamburg.

Except maybe they can’t. The clubs are all closed, and no one knows if they’ll survive long enough to reopen whenever the pandemic finally lets up. The artist who could supply the PPE for some future kid’s soul like the Beatles did for me may not even get to have a music career because the doors are all being slammed shut and for the first 10 months of the pandemic no one did damn thing about it.

Finally, at the end of the year, came small glimmers of hope. The COVID-19 relief package Congress passed in late December included a grant program called Save Our Stages, designed to provide help to theater, music and arts venues.  And Sup. Matt Haney has proposed an Independent Venue Relief Fund to help San Francisco music and nightlife venues through the crisis.

Exactly what will come of these efforts—where the help will go and whether it will be enough—remains unclear for now. Hopefully enough dollars will get to where they need to go. But don’t ever think this is a trivial matter, a “frill” we can do without.

Music saves lives. I know, because it saved mine. We should make the effort to save music.

An AP reporter is let go for revealing the choices journalists make all the time when reporting "political" stories.
Read more
Opinion

In 2000, the Foo Fighters embraced the kind of anti-science thinking we still see today. It's time they apologized.
Read more
Sponsored link

It's a good PR stunt, but it's not going to create any new housing anytime soon.
Screen Grabs

Clint Eastwoods softcore 1973 relic gets a revival. Plus: 'The Cat,' 'Olive Trees of Justice,' more movie reviews
Letters to the Editor

Readers sound off on the recently announced Another Planet Entertainment plan to manage the 100+-year-old cinema.