More
UncategorizedListening to the death of Alejandro Nieto – and... 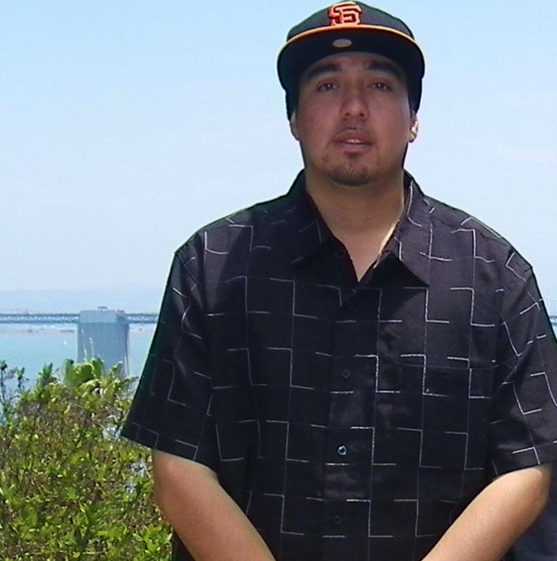 APRIL 23, 2014 — I just listened to a recording of the death of Alejandro Nieto, the young man shot and killed by San Francisco police on Bernal Hill March 21. It’s chilling.

The police haven’t released their own incident reports, and you can’t tell from the 911 tapes exactly how many shots were fired. But one of my neighbors in Bernal has a security camera that records both audio and video, and it was running that evening, and he lives close enough to the park that he was able to get the sounds of the gunshots.

A lot of gunshots.

My neighbor shared the recording with me. It’s a bit hard to make out (and I promised him I wouldn’t post the raw footage, because he wants to protect his identity and the video would show where he lives), but a couple of things are clear – and they raise important questions about the shooting.

On the tape, you can clearly hear two shots … then a few seconds pause. Then you hear about 13 or 14 more shots, in a fast volley.

I spoke to Adante Pointer, attorney for Nieto’s family, and he confirmed that he has also heard a similar recording.

First, nobody at this point has any direct eyewitnesses who saw the shooting. And the cops aren’t talking. (In fact, Chief Greg Suhr could help community relations immensely by releasing the basic police incident reports, where the officers tell their side of what happened. But he has declined to do that.)

What Suhr has said is that a caller to 911 reported a Latino man with a gun on the north side of the hill, a paved path where people jog and walk and take their dogs. When officers arrived, they saw a man with what turned out to be a Taser, but might look from a distance like a pistol. You can hear the police radio feed here.

The chief says the officers told Nieto to show his hands, and instead he drew the Taser.

Nieto was a security guard at a club and was licensed and trained to carry and use a Taser. Important background: A Taser doesn’t fire long distances; you have to be pretty close to get zapped.

So we hear two shots at first. There are several possibilities. One is that the officer or officers missed, that they fired at Nieto from a distance (into the setting sun) and didn’t hit him. (Lots of houses around the area; if the bullets missed Nieto, they would have wound up somewhere, and we haven’t heard of any broken windows, random slugs in the sides of houses, etc. Police use serious handguns, and the bullets travel a ways. This is the top of a hill; missed rounds would have appeared somewhere by now, you’d think. Unless they wound up hitting trees or benches and the investigating officers pulled the bullets as evidence.)

So maybe the first two shots hit him. If they did, the whole thing gets really, really funky.

After the first two shots, there’s a pause on the tape. “The officers responded to a report of a man with a gun in a park,” Pointer said. “But [Nieto] didn’t fire that gun, and after two shots, when he didn’t respond, why did they have to keep shooting?”

Good question. If he was hit, he would have been pretty seriously disabled. A dying man could still pull a pistol and shoot back – but since he didn’t have a pistol, he clearly didn’t do that. A man with two gunshot wounds who is not firing back? Maybe take a while to see if the threat still exists?

That took only seconds. Then you hear a volley. I counted 13 shots, some say 14. The number doesn’t matter.

“Each pull of the trigger, each shot, the officers have to justify by saying they are responding to a lethal threat,” Pointer said. And at a certain point, that threat was clearly gone.

The tragic question, of course, is this: What if the first two shots wounded, but did not kill, Alejandro Nieto? What if immediate medical attention at that point could have saved his life? What if the officers decided that the threat was eliminated, that he wasn’t firing back, and that the next step should be to try to keep him alive?

These things are complicated. They are also always – always – made worse when the authorities decline to release all the available information as soon as possible. All we can do now is wonder – until Chief Suhr comes to his senses and starts making what he knows (including the incident reports) public.