From Mali to Memphis: Dee Dee Bridgewater fires up the soul of her youth

The brilliant blues-jazz singer digs deep into her past for latest release—and puts one over on Elvis.

ALL EARS Two of the great divas of blues and jazz will be performing in the Bay Area this coming week. It’s a wonderful opportunity not only to hear some great music, but to also enrich your appreciation of America’s original and unique musical art forms.

Some years back I had the pleasure of doing music reporting from the west African country of Mali where I interviewed Dee Dee Bridgewater. She was recording her album Red Earth, which later earned a Grammy nomination. I observed how she and local musicians fused Malian musical traditions with jazz and blues to create a unique sound.

Bridgewater told me that the musical journey was part of discovering her African roots. Malians told her she looked like a descendant of a tribe that lived in the north of the country, something later confirmed through ancestry DNA testing.

Bridgewater told me in a recent phone interview that she still remembers the dusty red soil of Mali. “I did rediscover my roots,” she said. “Seeing the red earth made me felt I had come home.”

Bridgewater continues that voyage of discovery with her latest release Memphis … I’m Ready. She was born in Memphis and her family soon moved to Michigan. But she listened to Memphis rhythm and blues on a late night radio station. Although Bridgewater is a consummate jazz artist, recognized by the NEA as a Jazz Master, she has always considered R&B to be a co-equal form of African American music.

“I went back to Memphis because that was where I was born,” she said. “It was all part of my investigation into my past, so I can have a better understanding of who I am.”

The Memphis project, like many works of art, got its start serendipitously. Bridgewater was in the Memphis airport on the way to her rental car. She heard blasting on the airport sound system “Baby oh Baby,” the classic R&B tune sung by Carla Thomas.

“This is the music I know; why not do this?” she thought to herself. Besides, she mused, it was a chance to be a soul singer with a real backup group. “That was always a closet dream I had,” she chuckled.

Bridgewater held numerous recording sessions at the famed Royal Studios in Memphis. Al Green, Chuck Berry, and Ike & Tina Turner had all recorded there in years past. Bridgewater wanted to recreate an authentic R&B recording atmosphere.

“Royal produced a gritty sound. They weren’t going for the polished sound like Motown.”

You can hear the grit in her version of “Hound Dog.” Elvis made the lyric “You ain’t nothing but a hound dog” famous worldwide. But white audiences of the 1950s rarely heard the original version sung by “Big Momma” Willa Mae Thornton and produced by Johnny Otis. She moaned and growled in a version that, frankly, makes Elvis look like an amateur.

Bridgewater definitely honors the black tradition. “I made a point of doing Momma Thornton’s version, not Elvis’,” she said. “I knew Elvis Presley’s name is synonymous with Memphis. I wanted to set the record straight by doing something closer to her version.”

Bridgewater’s performances feature another Elvis’ hit “Don’t Be Cruel,” but, again, in a version the King wouldn’t recognize. It turns out to be one of the most popular numbers in her club dates. 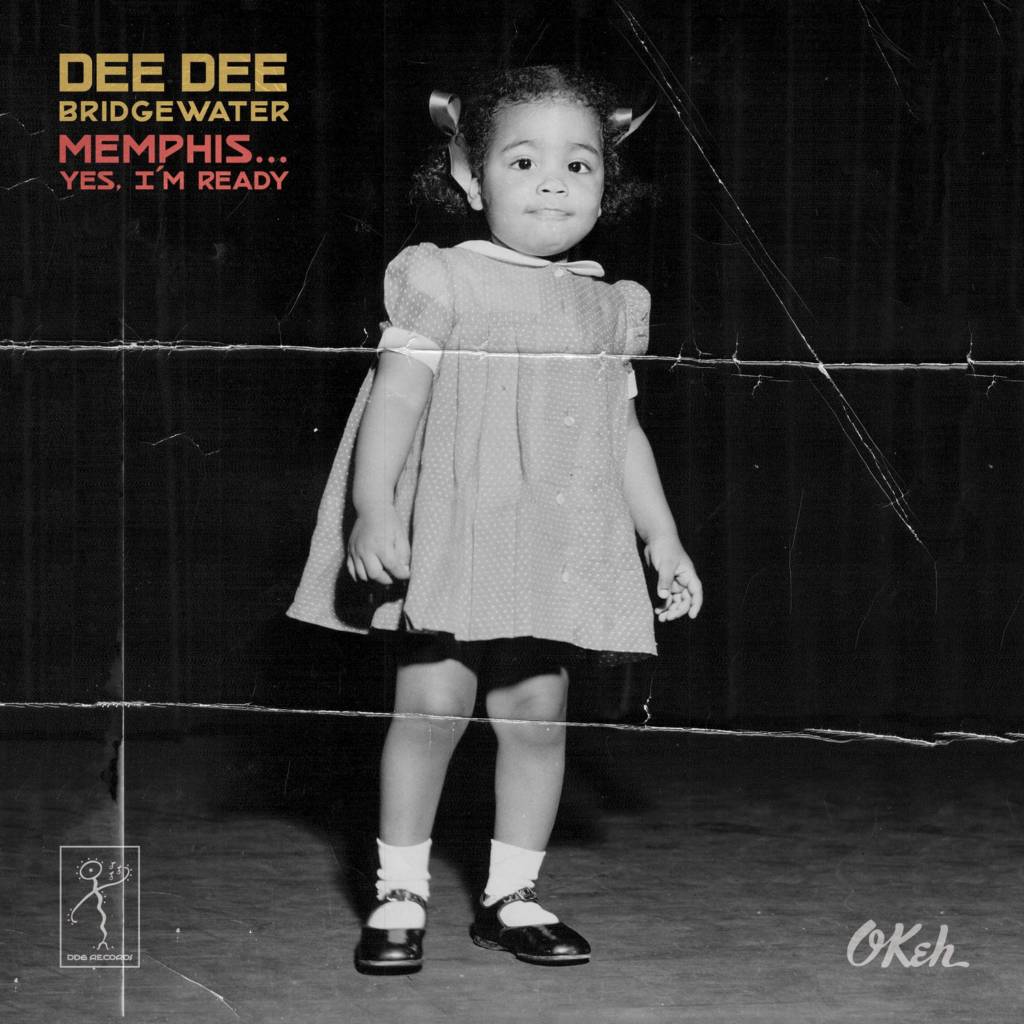 Bridgewater certainly has no objections to commercial success. “I knew particularly the Europeans would know Elvis’ name. So there was some stratagem in picking his two songs.”

Memphis is both a commercial and artistic success, something that might have surprised Bridgewater’s mother, who didn’t want her daughter singing the blues. Her mom passed away in 2017.

“The blues for her represented poverty, oppression, bad life style, drugs, alcohol, and loose women. She was from the generation when African Americans moved north,” who wanted to get away from Southern traditions.

“She also had images of Africa and didn’t want me to go to Mali.” But when she heard Red Earth, she got up and danced.”

I have no doubt she would be dancing to Memphis as well.

Catherine Russell, another talented jazz and blues vocalist, visits San Francisco this week. She comes from jazz nobility. Her father Louis Russell was the long-time music director for Louis Armstrong. Her mother Carline Ray performed with the International Sweethearts of Rhythm, an all-woman swing band in the 1940s.

Catherine Russell has had her own successful career for over 40 years. She won a Grammy for her musical appearances in the HBO series Boardwalk Empire.

Russell just came out with a new album Alone Together. The music ranges from the silky smooth title song to a down-home version of “Is You or Ain’t You Is My Baby.” She channels Bessie Smith performing the blues tune “He May Be Your Dog, But He’s Wearing My Collar.”

“Blues infused jazz tunes are the ones I gravitate towards,” she said, “because they enable me to freely express myself in the moment.

Catherine Russell performs songs from Alone Together and her CD Harlem on My Mind, March 24, 5 pm, at the Fairmont Hotel’s Venetian Room.

While best known as a foreign correspondent, journalist Reese Erlich has written about jazz and blues for over 25 years. Listen online to his Jazz Perspectives podcasts.