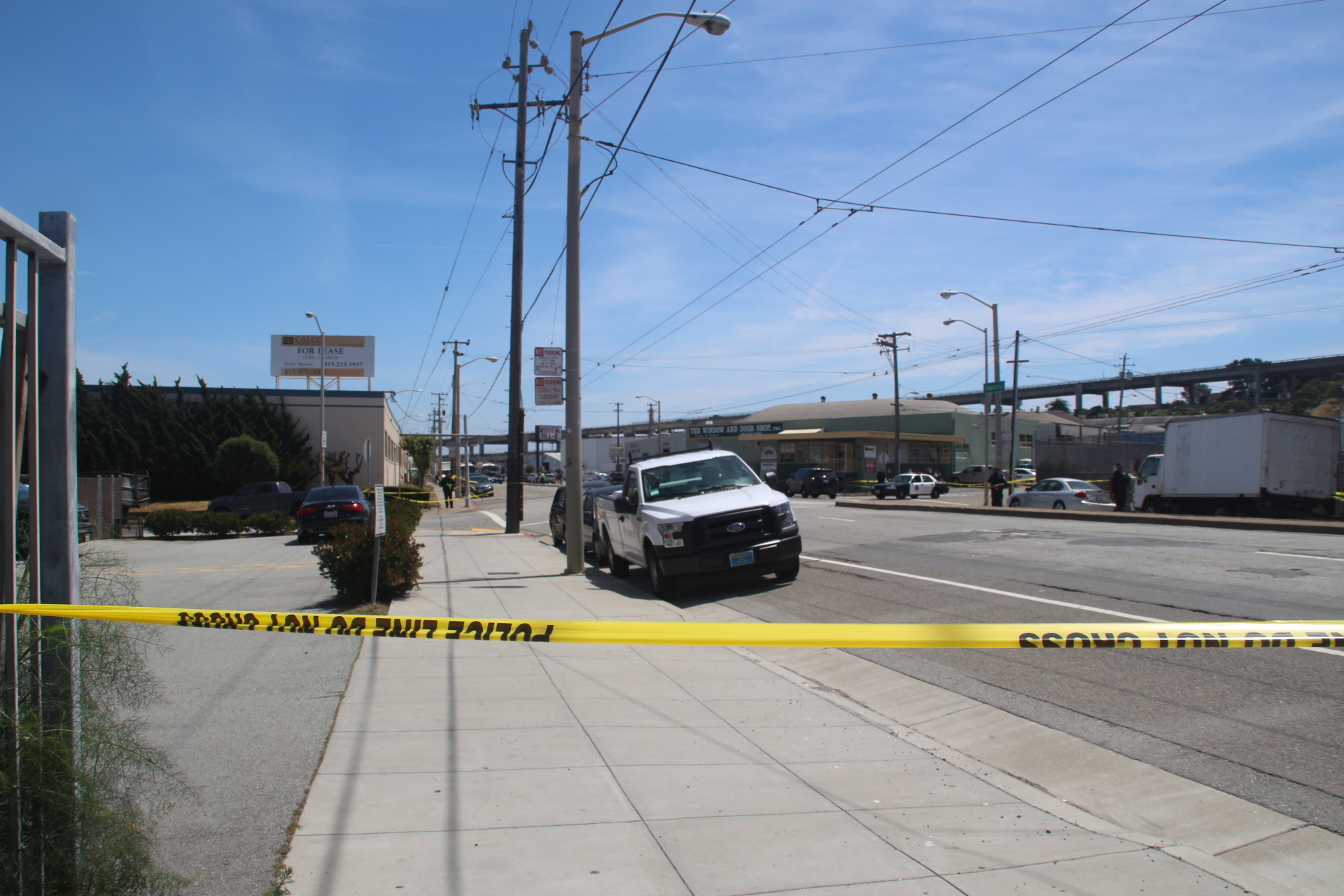 Update: An earlier version of this article stated that the victim was 27 years old. It has since been changed after update from the Medical Examiner’s office.

A 29 year-old african american woman, who was allegedly driving a stolen car, was shot by the police around 9:45 on Thursday morning. She did not survive her injuries. There is no indication at this point that the suspect had a gun.

Two officers,  part of the Bayview Station Unit that specializes in searching for stolen vehicles, began pursuing the woman at around 9 30 am, San Francisco Police Chief Greg Suhr said.

According to Suhr, the woman’s car crashed into a truck in the area of Shafter Avenue and Elmira Street, and Officer’s approached on foot to arrest her.

“They exited their vehicle to engage a suspect, one occupant in the car, a black female. The female didn’t comply initially with the investigation. We have one witness that says there was a back and forth with the vehicles and at some point during this engagement one officer a Sergeant fired one shot,” Suhr said. While answering questions from reporters, Suhr noted “The incident was never more than a 100 feet from where it started”

She was taken to San Francisco General Hospital where she was pronounced dead.

It seems highly unlikely at this point that the woman was armed, because police accounts of these types of shootings almost always mention the presence of a weapon if one was found.

Suhr’s comments  suggest that even the Chief thinks this was a bit hard to explain: “The is exactly the kind of thing with all the reforms we are trying to prevent,” he said.

In a statement released via email Public Defender Jeff Adachi’s expressed his shock and condemnation over the incident  “It is unacceptable for police encounters with unarmed citizens to end in bullet wounds and body bags. While details are still scarce, I am deeply disturbed by reports that the young woman gunned down today was driving away from officers. She was entitled to due process and, above all, she was entitled to her life.  Police reforms and policy changes are meaningless if they aren’t accompanied by a major shift in police culture, away from shooting first and asking questions later. I am reiterating my request that the California Attorney General’s Office open its own civil rights investigation into the San Francisco Police Department.” he said

So: Another young person of color dead. And still: Will someone be held accountable & how long can Suhr last?

This is a developing story and will be updated