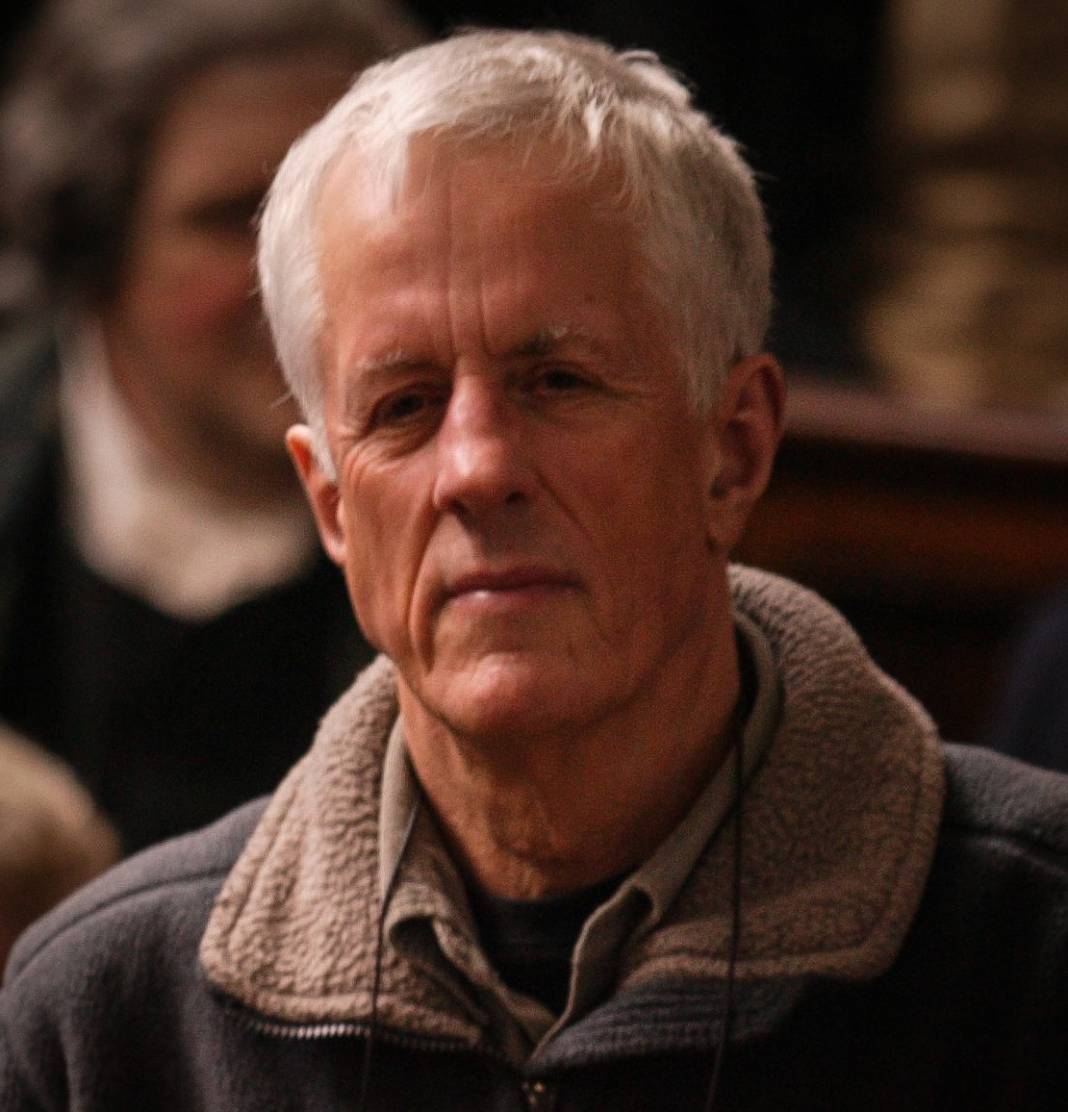 The central question in 63 UP— award-winning auteur Michael Apted’s ongoing documentary anthology, following the changing lives of 14 British subjects over the course of five decades — is whether their socio-economic backgrounds determine their futures.

As Apted, best known for directing such films as Gorillas in the Mist, The World Is Not Enough, and The Chronicles of Narnia: The Voyage of the Dawn Treader, re-interviews the film’s participants for the ninth installment of the Up series, it’s clear from his line of questioning that he, himself has evolved, as he’s forced to confront some of his previous biases.

In one scene, Tony, once a wild-child from London’s East End, who dreamt of becoming a jockey, reminds Apted that he once told him that he’s more likely to end up in the nick (slang for a prison cell). Later in the film, the director is confronted by Jackie, from a working-class neighborhood of East London, about how for decades he only questioned her about marriage and men.

In flashbacks to 1977’s 21 Up, Apted is heard asking Jackie, who married for the first time at 19: “Do you think you’ve settled down too quickly?” and “Did you meet enough men before you decided to marry?”

“When I was 21, you asked if I had enough experience with men before I got married and I thought that was an insulting question and got very angry about it and actually stopped filming because of it,” Jackie, now 63, says in the latest installment. “You wouldn’t have asked some of the other people in the program that question. I just didn’t feel that you had any idea about the changing roles of women in the UK at that point.”

It also seems now like a missed opportunity that Apted didn’t ask the film’s only non-white participant, Symon, who grew up in a charity-based boarding school about how race, as well as class, impacted his life’s trajectory.

I spoke to Apted, whose 63 Up opens Friday at Landmark Clay Theatre, about the appeal of the documentary series, whether his subjects’ fates were, in fact, determined by class, and evolving beyond racist and sexist biases.

48 HILLS What was it that drew you to the Up series, back in 1964, first as a researcher, culling subjects from the nation’s schools for the Paul Almond-helmed Seven Up! film and later, as director of the six sequels?

MICHAEL APTED It seemed the best possible way to plot the journey of class and how the upper class, on the whole, seem to make things work for themselves at the expense of others. If we’re bringing solid proof of this that would be acceptable and marketable, then we’re doing ourselves a big favor.

48 HILLS The film was meant to capture the generation of people that would be running our world by the year 2000. Were you optimistic about what the future held for your subjects in the new millennium?

MICHAEL APTED Yes, I thought it would be a much more healthy, collaborative, and open society than when we started in the ‘60s. As doors were beginning to open to people, more people had opportunities to get certain jobs that in the ‘60s weren’t available to them, and I think that’s true of most of the free countries in the world.

48 HILLS After following your subjects for over six decades, do you believe that people’s earliest environments, influences, and social classes determine their future?

MICHAEL APTED You’re speaking of class as if it’s something that’s perfect. Class means that different people have different values. But they want those values, they like those values. The class system that I talk about, what they have in Russia or whatever, means that everybody has to behave the same way. Or the class system in Victorian Britain was that everybody had to be rich and do that and everybody else had to work in the factories to create the stuff that kept the rich people happy.

You have to let people do what they can do and accommodate what they can do and that’s how you run a society. You don’t have a society run by a load of people with a load of money who have all the best schools, food, or whatever. That’s what I regard as a bad society — like in the early 19th century and onwards, England was in a mess.

48 HILLS Would you say that class distinction is less important in England today?

MICHAEL APTED You’re throwing these words around as if they mean whatever you want them to mean. The fact is that in Great Britain, there were much bigger differences between the rich and the poor because there weren’t enough opportunities as there were in bigger countries like America.

But now, the class system is changing, so more people are getting a better chance at the jobs they want to do and the jobs they could do well. That’s my definition of class. That you can get a job that you’re equal to. Not everybody can be a law professor in a large university or a brain surgeon. Everybody’s got certain talents or certain means in life and a classist society that makes everything about where you’re born and how much money your friends got — that’s the class system that destroys us.

48 HILLS One of the most powerful scenes in the movie is when Jackie confronts you about how you insisted on asking her and her female friends questions about marriage and children instead of politics. What did you learn from that conversation about your own biases?

MICHAEL APTED Well, I was aware of it — that I was brought up in a middle-class environment where in some ways, women were scorned until much later on. So personally, I felt a certain amount of guilt when talking to her in the latter days that I certainly had a different attitude to the male ones than to the female ones. That’s certainly true.

I learned my lessons as I grew up and became deeper involved in the country and saw more abroad and all that. But definitely my attitude changed over these 50 years that I’ve been doing it.

48 HILLS In chronicling the challenges that Symon faced in his life, you don’t really examine the role of race.

MICHAEL APTED England was much more racist, which is why I think we were slower to get rid of it. Not that you ever get rid of something like that. I certainly, when I was younger, was racist.

As I grew older and went to a big school and went to a big university and got a job at a big company, I began to rethink all that. I reckon that until 1954, I’d never really spoken to a Black man, that the Black community was kept to one side. That was definitely true and then it sort of changed.

Because it’s a much smaller country, I suppose, it was more obvious that people were kept in certain corners and kept away from other people and all that, and there was a stiffness between Black and white and Indian and white or whatever.

48 HILLS With the world being more inclusive in 2019, it struck me, when viewing the film, that I was watching mostly straight white men and women discussing their experiences. If you started the project today, do you think you’d have included a more diverse pool of people?

MICHAEL APTED Of course, if we started 20 or 30 years later, it would be different. You can only do it in the society that you’re living in, working in, and trying to illustrate. You can’t be 50 years ahead of yourself when you’re doing it. You have to do it as what it is.

I’m a citizen as well as a filmmaker, so I’m not someone who has a tremendously over-modern, brilliant view of the world. I’m a regular bloke. So the whole point of it was to make the film with regular people, not do it with people who are trained journalists or broadcasters, but people who give out the information to people. Who are they, what are they, and what do the people think of them?