Fire up the Internet machine and take a trip through SF history with the Emperor Norton's Fantastic History Vlog. 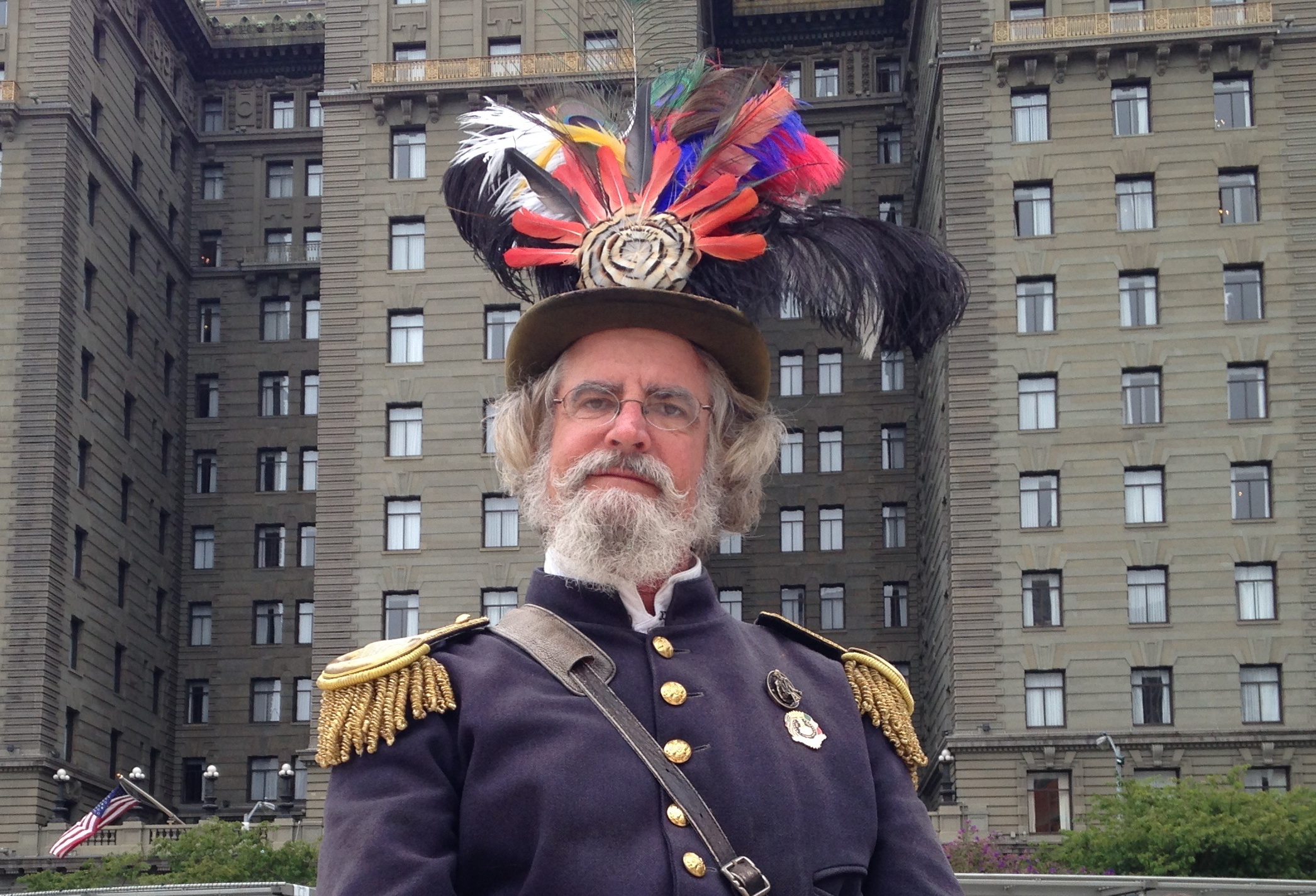 Like all tourist functions, Emperor Norton’s Fantastic San Francisco Time Machine Tour, a delightful peregrination amongst various sites of historical importance, has ceased temporarily. But you can still enjoy golden nuggets of San Francisco’s past courtesy of the new-fangled Internet machine.

Specifically, Emperor Norton’s Youtube Vlog—in which the grand figure, who proclaimed himself Norton I, Emperor of the United States in 1859 (we think we have it bad with male egos now!), holds forth from his charming little Bernal Heights home with tidbits of history and culture every day on Youtube.

It’s delightful, and there are even appearances by the Countess Lola Montez and others. I spoke with the Emperor (embodied by Joseph Amster) about his Emperor Norton Fantastic History Vlog, and how he’s carrying on through a—very familiar, to history buffs—pandemic.

48 HILLS Salutations, Emperor! I’m enjoying your videos, firing up the Youtube vlog from the comfort of my hearth. I especially love the backdrops—where are you filming the vlog? And who helps you edit and film it?

EMPEROR NORTON Hello! The vlogs are shot at our home in Bernal Heights. Some are in the downstairs studio, some are on our patio, and some are in our garden. I film and edit them on my iPhone.

48H Whoever thought that Emperor Norton would be making Youtube videos? Can you tell me how the vlog translate the vibe of the tour?

EN I started this after a few days of boredom from the quarantine to give me something constructive to do and stay in touch with my fans. It began as a lecture about being safe, but after a few episodes morphed into the “this day in history” format. The vibe from the tour is that I doing them in character  gives me lots of leeway for being over-the-top on occasion, but also the instructional vibe from my tours remains as well.

48H How do you choose which tidbits of history to highlight, and what have been some of your favorites? I also love that you have special guests, do they also often appear on the tour?

EN I utilize John Ralston’s book This Date in San Francisco for my lead-off San Francisco story of the day. Other than that, I scour various websites for other events, as well as births and deaths for that day.

Probably my favorite episode was the earthquake commemoration one. Since there wasn’t a commemoration that day, I got up at 4:30 a.m. and began a Facebook live video that I later posted on YouTube (episode 21).

I also really like my retrospective (episode 50), and the weekend special with the Countess Lola Montez of Landsfeld (episode 52). The Countess always is my guest on the weekend, others are our upstart neighbors. The Countess (who is my husband) does tours of his own: Drag Me Along Tours.

48H What do you think the Emperor Norton tour might look like when you can bring it back? And ho are you weathering all this?

EN The tour won’t change too much when it comes back, whenever that is. I will probably incorporate some stories from the current pandemic, as well as the Spanish flu pandemic of 1918 and how it impacted San Francisco.

I’m doing OK overall. I worked three days a week for Big Bus Tours, so I’m getting unemployment from that, but it’s not much. The extra $600 per week extra as part of the stimulus is what’s helping the most, I’m not really sure what will happen if they don’t renew that. For my own business, however, I am not able to collect unemployment. That’s a pity. Other than that, I’m cooking a lot, gardening, and making pickles.