Local Listen: Sounds for your next Bay Area beat session

From party crew As You Like It's new label to Mix Master Mike and Steve Jordan's expansive 'Beat Odyssey 2020,' our new local music column turns on to the musical wealth in our midst. 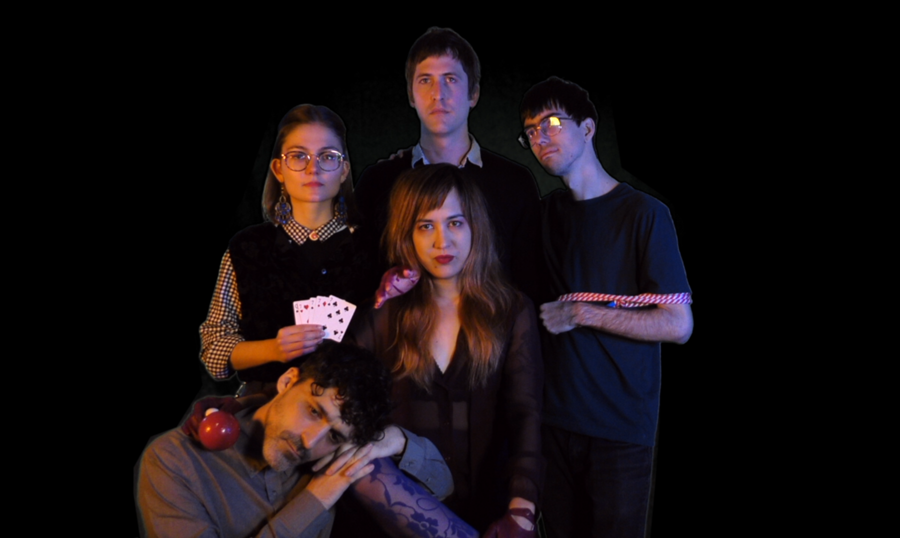 The concentration of musical ability that runs through the Bay never ceases to astound. A dazzling array of musical expression keeps our ears buzzing 24/7 as we listen to projects from large and small labels, and self-released sounds. We’ve decided to start a column featuring the SF Bay area’s vast assemblage of talent; here’s Local Listen.

“Ready To Die“, the mid ’90s alt-rock styled banger from the Oakland post-punk outfit Body Double, sets the attitude of their debut album Milk Fed. An emotionless vocal drone is served steadily, behind a wall of crunchy guitar alchemist murmur. Created from a period of intense grief and transition for the singer, songwriter, and multi-instrumentalist Candace Lazarou—she played most of the instruments on Milk Fed herself—the album covers ground of the late ’70s and early ’80s post punk fare in 10 songs. Sure, Wire and Killing Joke do come to mind, but Lazarou and the cold resolve of uptempo strains like “Prisonous Mind” or squelchy feedback concoction “Bitch on Wheels” make this debut more of an event than just a passing fancy.

The duo first met when Jordan was music-directing the 2014 Primetime Emmy Awards, and he felt the orchestra needed a turntablist.

“Mike freakin’ blew my head off,” he mentioned to Modern Drummer. “I had never heard anyone do what he did before, and on such a musical level. He invigorated the entire orchestra.”Jordan credits the duo’s melodic improvisation to their shared knowledge of jazz; “Mike can pull up a Lee Morgan vibe, or a thing inspired by some of my favorite musicians and composers.”

Fatsouls Records is an independent record label rooted in Afrobeat, dub, deep house, minimal tech, and other Afro rhythms. Since 2007, this dedicated aesthetic has made Fatsouls an influential sound, a mainstay foothold in San Francisco house. Atmosphere, the award winning party, has gained a very strong following over the years working with artists such as Francois K, Joe Claussell, Kerri Chandler, Ron Trent, Dennis Ferrer, Jerome Sydenham, Barbara Mendez, DJ Yellow, Lisa Shaw, among many others.

Lunchbox — Gary of The Academy

Lunchbox’s Tim Brown and Donna McKean have been making records in their Oakland basement for two decades, inspired by 1960s/‘70s AM radio pop, TV show theme music, and punk. Their new single “Gary of The Academy,” an ode to their eponymous real-life Gary the cat, deals catchy hooks through a gaze of art-school pop.

“The song is Donna’s ode to a cat who lives at a research institute in Berlin where we were in residence for a few months in the middle of recording the LP,” the duo says. “The recording was broken up by a number of international trips. Donna fell in love with this cat—‘Gary’—who lived at the Academy but, like her, didn’t really belong. She sings to Gary about their shared-outsiderness, recounts their secret travels, and reminds Gary of other worlds, known only by cats and cat-adjacent humans, that lie just beyond daily experience.” Lunchbox’s new album After School Special arrives October 30 via Slumberland.

San Francisco’s As You Like It crew, spearheaded by Jeremy Bispo, (along with Jeremy Linden, Christina Chatfield, and other AYLI members) is known mostly for their actual love for the music, appreciation of a well-thrown party, and “quality.” Chatfield’s inaugural release off AYLI’s long-awaited label As You Like It Recordings, “Ascent/Descent EP,” is a fresh take on the classic acid sound. With remixes from TIN MAN, Noncompliant, Lily Ackerman, and Tape Ghost, it’s a brawny beginning. As You Like It Recordings promises to foster and amplify the diverse Bay Area artist community, releasing cutting-edge sounds through a multifaceted collaborative platform that strives for timelessness.

We rounded up the most relaxing beats in the known new music universe. SunPalace gets a 2020 remix pack, a new sad banger from Mac DeMarco and Benny Sings, more.
Read more
Music

Best of the Bay 2020: Food and Drink winners

Best of the Bay 2020: Shopping winners

Shahid Buttar’s campaign against Rep. Nancy Pelosi was always a longshot. He was challenging the person most responsible for challenging Donald Trump, and while...
Read more
Arts + Culture

The Irish diva showed us who she was through momentously silly quar performances. Her latest album affirms her mastery of the nocturnal club beat.
Read more
Campaign Trail

But that requires a bit of historical revisionism, since his record has always been very moderate on police, housing, and homelessness.
Read more
Culture

Sure, it has Giuliani looking suspect—but is 'Borat Subsequent Moviefilm' any good? Plus, a new documentary on the grifters leading the alt-right movement, and 'The Guardian of Memory.'
Read more
Music

We rounded up the most relaxing beats in the known new music universe. SunPalace gets a 2020 remix pack, a new sad banger from Mac DeMarco and Benny Sings, more.
Read more

Honey Mahogany and a cavalcade of local entertainers put it all out there to help save local media.
Read more
Foreign Correspondent

Foreign Correspondent: What Bolivia can teach the US about fair elections

The South American nation sets an example of how to undo a coup.
Read more
Arts + Culture

The Irish diva showed us who she was through momentously silly quar performances. Her latest album affirms her mastery of the nocturnal club beat.
Read more