Opinion: Save Car-Free JFK Drive and the Great Walkway

Motorists have plenty of places to drive and park in the city; can't we have three miles for the rest of us?

Editor’s note: This site doesn’t take positions on candidates and ballot measures, but we do welcome opinions. We are publishing two different perspectives on the future of JFK Drive in Golden Gate Park and the Great Highway, and this is one. You can see the dissenting view here.

In San Francisco, 16 pedestrians have been killed by motorists so far in 2022. JFK Promenade and The Great Walkway are the two places where pedestrians, cyclists, runners, people who are blind, people who use wheelchairs, children, and pets can feel safe and breathe in clean air.

San Francisco has 1,017 street miles consumed by cars, either driven or parked. Cars are prioritized over people.

JFK Promenade and The Great Walkway account for less than three miles.

In a fit of political arrogance, the Fine Arts Museums of San Francisco wants to bring back cars to JFK Promenade and even The Great Walkway, which is miles away from the museums.

Sadly, this temper tantrum has been allowed to boil over thanks to San Francisco doyenne Dede Wilsey and her wealthy cadres and donors running the Museums.

De Young Museum’s Dede Wilsey infused at least $200,000 of her own money to pay signature-gatherers to qualify Proposition I for the ballot. Most of the $800,000 war chest, amassed to destroy JFK Promenade and The Great Walkway, has come from Dede Wilsey and the Fine Arts Museums of San Francisco.

Absent Dede Wilsey, this attempt to overturn the legislative process creating JFK Promenade and The Great Walkway would not be on the ballot. Make no mistake. This vote is about greed and profit for the Fine Arts Museums of San Francisco.

The museums’ claim that cars not being able to park on JFK Promenade  impacts attendance is rubbish! Liz Heidhues has taken us to the museum for years under her membership in FAMSF. Attendance has not changed since the museums re-opened. When we toured the exhibit “Ramses the Great and the Gold of the Pharaohs” recently, we jostled into the DeYoung Museum alongside a packed audience and a class of schoolkids.

Riding along with Dede Wilsey and the Museums are the entitled motorists, some seniors, and some in the disability community. All are arguing they are being discriminated against. No, they’re not.

Proposition N, if passed, would have the city take over administration of the 800-space underground parking garage that serves the Museums and set more equitable parking rates.

It is common knowledge that, prior to the creation of JFK Promenade, the roadway was on San Francisco’s High Injury Network, in the top 13 percent most-dangerous streets, a parking lot for the DeYoung Museum, and a cut-through for motorists speeding from one residential neighborhood to the next.

It is impossible to quantify the costs of traffic violence. When a person is killed or injured in a car collision on JFK Drive, who pays for the police, fire, medical responders, and other city agencies needing to clean up and investigate?

There have been BIG compromises on The Great Walkway. It is only a car-free oasis on weekends and holidays. During the work week, the motorists have total access to this stretch of land that is truly a sliver of wilderness running up against the density of San Francisco. The city has instituted traffic calming measures in the adjacent neighborhoods. Sunset Boulevard is, and always has been, a viable alternative for motorists.

The entitled motorists blithely discount the eroding Pacific Ocean shoreline along The Great Walkway. Voting No on I allows the city to plan for and protect the shoreline from coastal erosion and the reality of sea level rise during climate change.

The motorists also discount the years-long multi-agency project to seismically upgrade and maintain the Westside Wastewater Treatment Plant near The Great Walkway.

Reversing course on the Ocean Beach Climate Change Adaptation Plan will force the city to spend at least $80 million to build a new ecologically harmful wall along our Pacific Ocean shoreline.

All the reasons being put forth by the entitled motorists and their enablers must be rejected.

Liz Heidhues is a San Francisco native and a long time member of the FAMSF. Liz and Lee are life-long cyclists who raised two children in the Richmond District and never have owned a car. 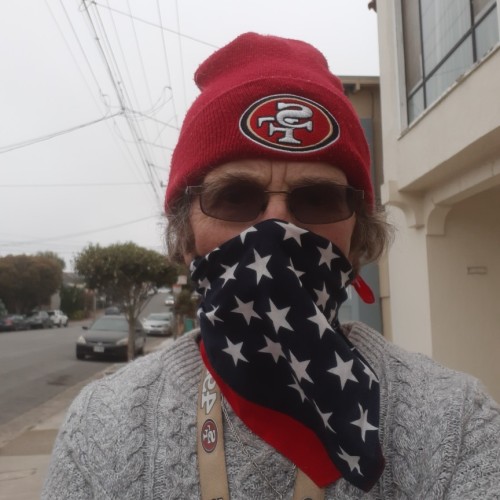