Sup. Mark Farrell has an issue: Nine years after San Francisco launched its Ten Year Plan to End Chronic Homelessness, the supervisor has noticed that there’s still a lot of homelessness.

“We’ve had a ten-year plan and the homeless count has stayed the same,” he said at a hearing Wednesday.

That’s not actually true – the plan was aimed at chronic homelessness, and as the mayor’s director of homeless services, Bevan Dufty, noted, the number of “chronic” homeless has, in fact, dropped by one-third, from 3,000 to 2,000.

But Farrell sees a lot of money being spent and a lot of homeless people still on the street, so the Budget and Finance Committee spent more than three hours Wednesday listening to city officials and other experts. And through all of the bureaucratic talk and facts and figures (and some rather disturbing comments), a few remarkable themes emerged that everyone who worries about or complains about the homeless population ought to consider. (more after the jump) 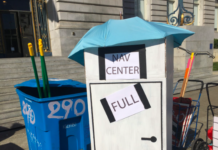 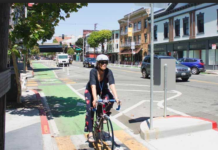