More
UncategorizedHousing -- or "safe deposit boxes in the sky?"

Housing — or “safe deposit boxes in the sky?”

By Tim Redmond
December 28, 2014
Share on FacebookShare on TwitterShare on LinkedInShare on RedditShare on Email 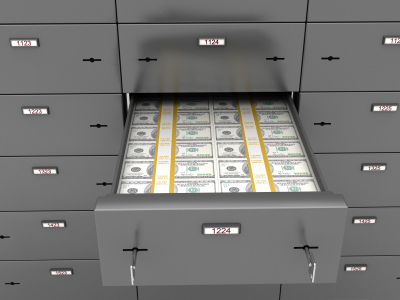 DECEMBER 29, 2014 – In the earlier days of San Francisco urban environmental movement, we talked about the “Manhattanization” of the city – the threat that highrise buildings would turn SF into a another version of New York – except without the subways or the city income tax or the rest of the financial and public infrastructure needed to handle that much density.

Now, of course, the official line in some of the environmental world is all about urban density. There’s some value to that; there’s also some value to realizing that part of the reason we have a housing crisis is that we’ve built too much office space and attracted more jobs than we can handle with the existing housing. Part of what’s now known as the slow-growth movement (it used to be the “anti-highrise movment”) is the concept that the city doesn’t have to, and shouldn’t, accommodate every single office developer who wants to build a project here.

But now there’s a different type of “Manhattanization” happening – and you can see the outlines in this fascinating Bill Moyers report.

Moyers talks about the gap between the rich and the poor in American cities. He also talks about how real-estate developers use political clout to get their way. He complains about new towers for the richest of the rich blocking the sunshine in Central Park (at least San Francisco has laws protecting our parks).

But the main point of his piece, I think, is how much of the new housing is being bought up by people who don’t live in the units, don’t rent them out, and just see them as “safe deposit boxes in the sky” – places to park extra cash. Places that only get visited a few times a year.

We’re seeing that new kind of Manhattanization in San Francisco. And while Mayor Ed Lee says he’s open to doing something about vacant units, what he’s not doing, and what sounds like heresy these days, is to talk about whether we should allow these buildings to go up in the first place.

Why take scarce urban real estate and turn it into empty boxes of part-time pieds a terre for the ultra-wealthy? Mike Bloomberg talked about how billionaires were good for New York – but as Moyers points out, they aren’t much good for anyone if they don’t actually live in the city and pay taxes.

The San Francisco City Planning Department has its own video, which promises that 50 percent of the 30,000 new housing units the mayor wants to build will be accessible to the middle class. I don’t see how that’s possible with the current market conditions – if we are relying on the private developers to provide most of that housing.

We’re all proud of the $15 an hour minimum wage that’s coming to San Francisco – but it takes more than four times that amount to afford a new market-rate apartment in the city. So the minimum wage, valuable as it is, can’t be even remotely seen as an answer to the housing crisis.

And so far, we aren’t doing so well on the mayor’s goal. According to the city’s own dashboard, 3,980 units were completed by October, 2104, and 968 were affordable. That’s 24 percent affordable – and it means that 76 percent of all new housing is high-end condos and apartments, some of it available only to the wealthiest people in the world, who don’t even live here.