Drawing the Crisis: Tony Cha and Liam Lee on the eviction epidemic 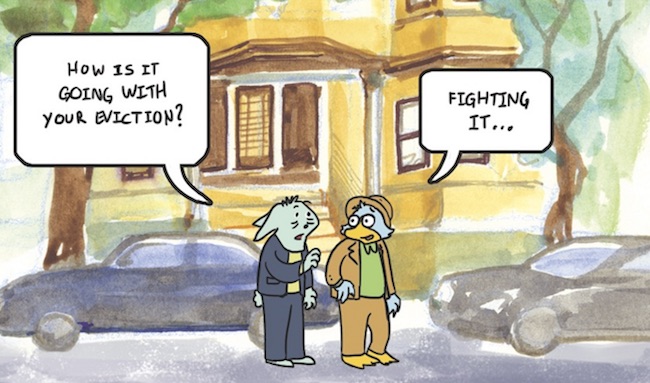 ART LOOKS The Engage: Comics class at the California College of the Arts is comprised of a diverse collection of students from various majors passionate about making comics that engage the world around them.

This year, they teamed with 48Hills.org and housing activists from the Anti-Eviction Mapping Project and the Housing Rights Committee to create comics from first person accounts of San Francisco’s housing crisis.

The students met with and interviewed people who are struggling or have struggled to remain in their homes, and then turned these stories into compelling visual narratives. Justin Hall was the professor of the Engage: Comics class, and Peter Glanting was the Teaching Assistant.

The following comic is by CCA student Tony Cha and Liam Lee. Click on each image to enlarge! (You might have to click twice). See the whole series here. 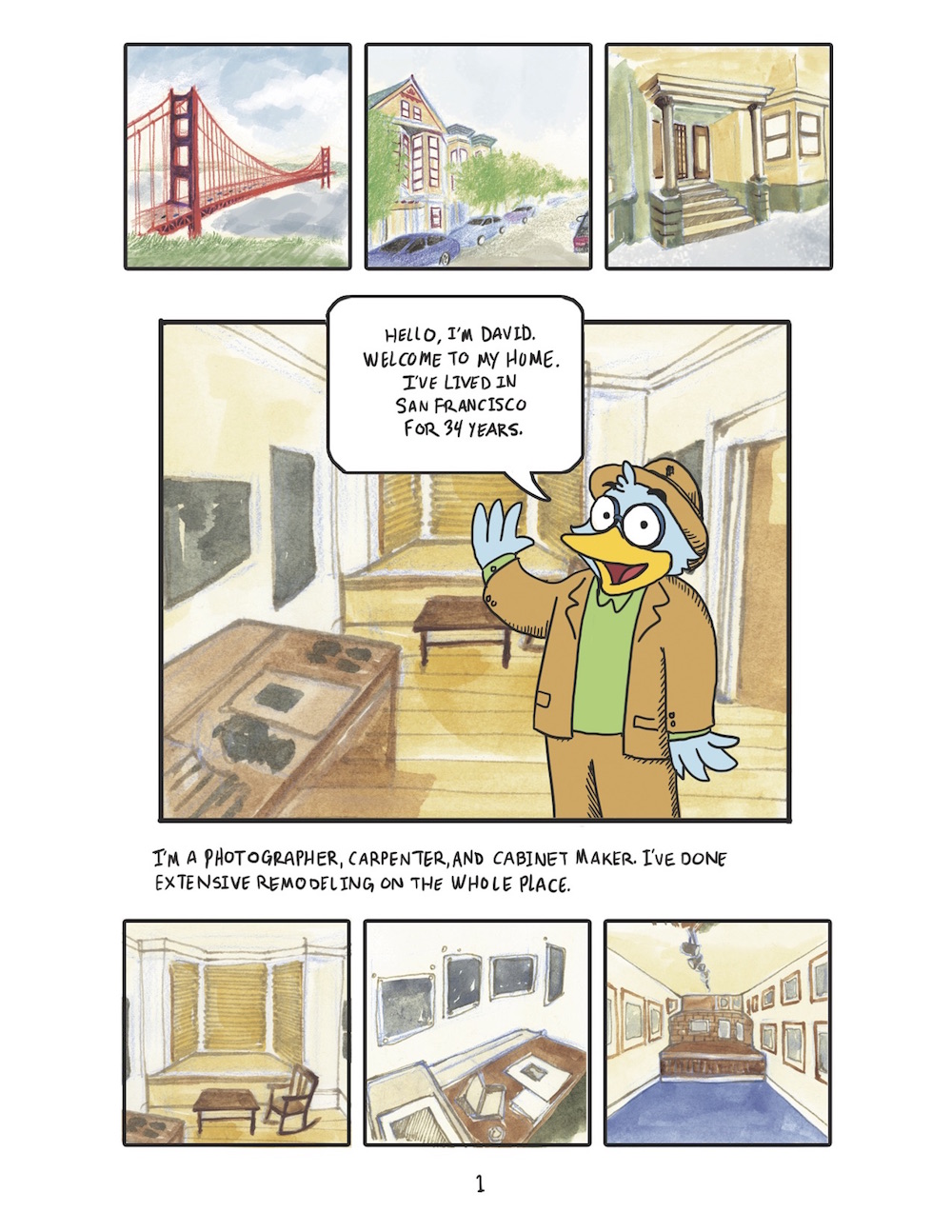 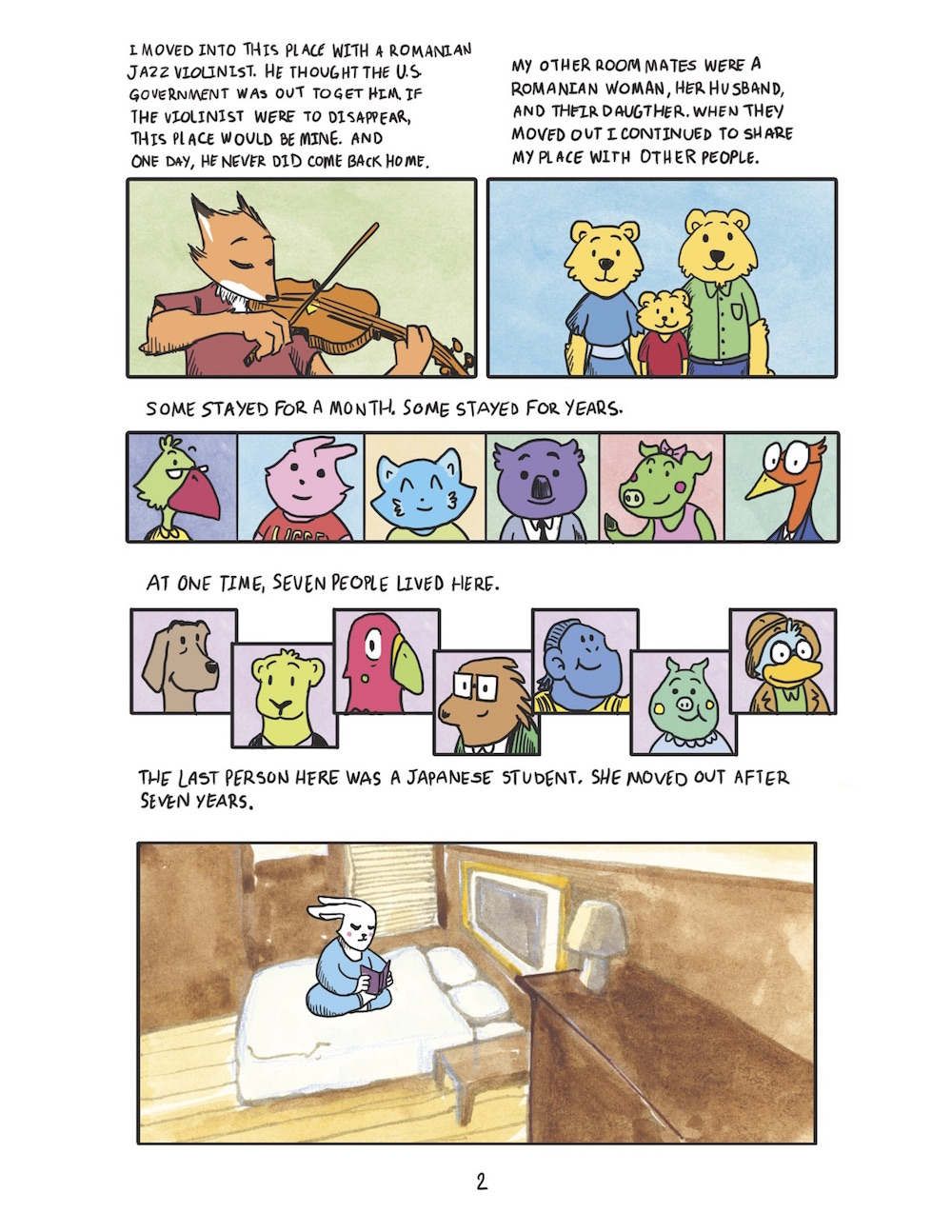 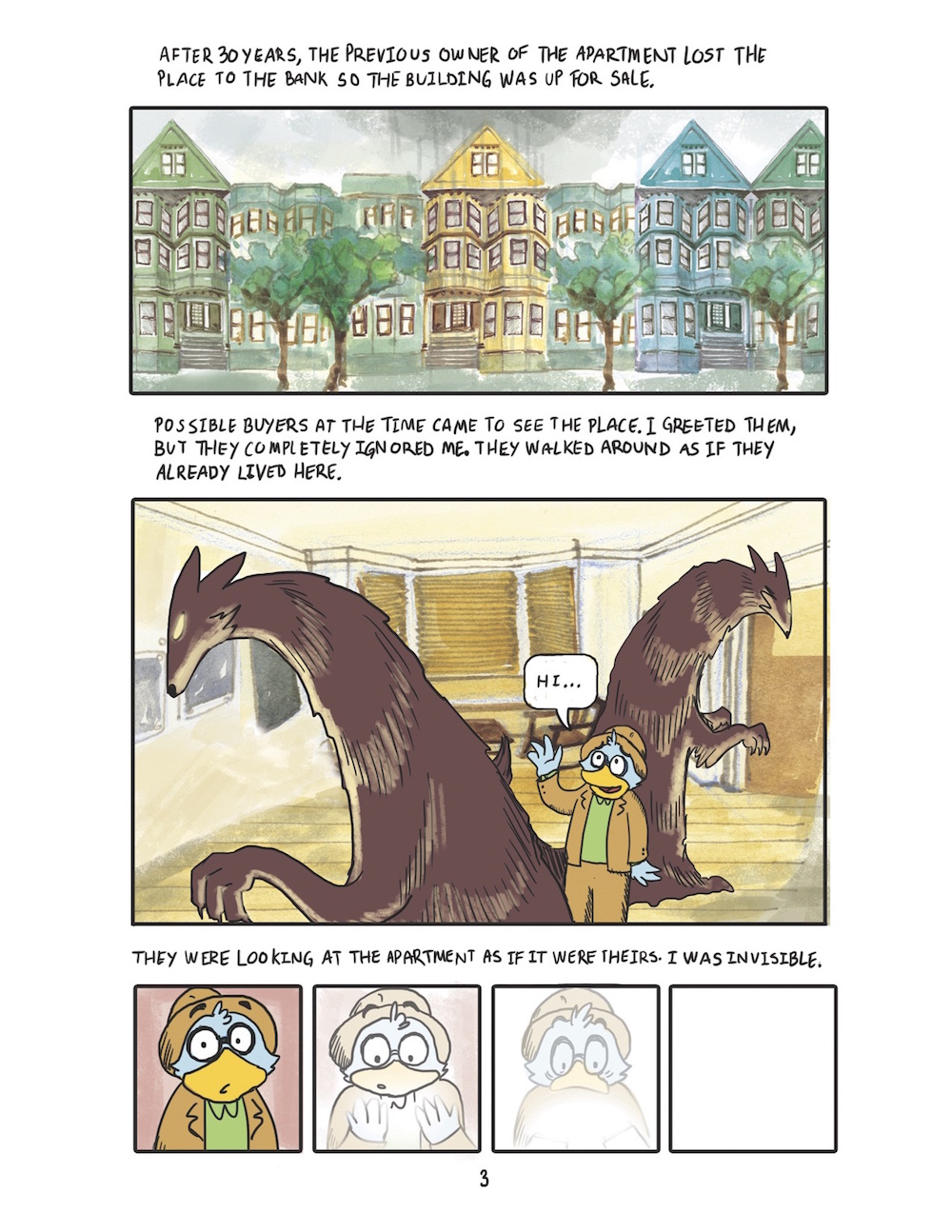 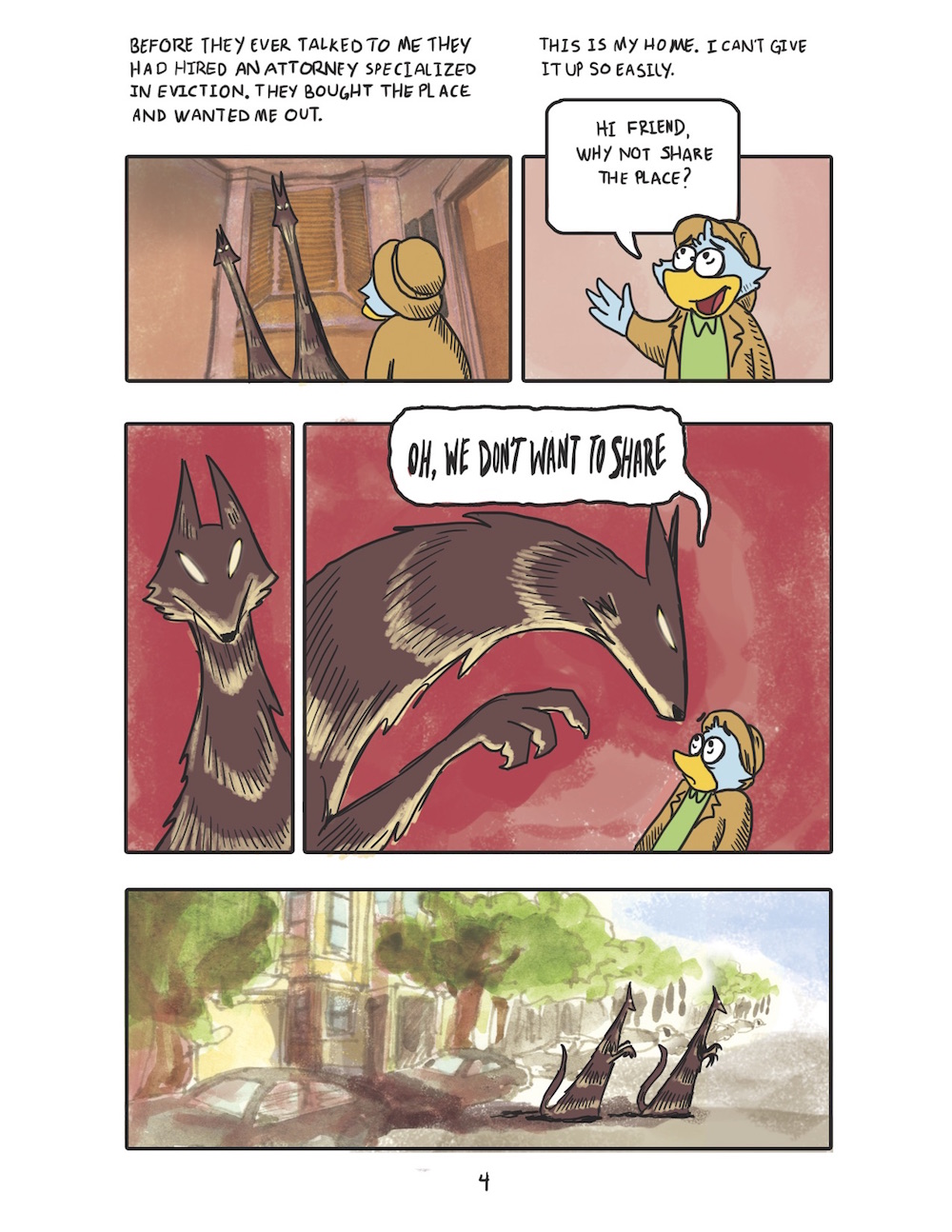 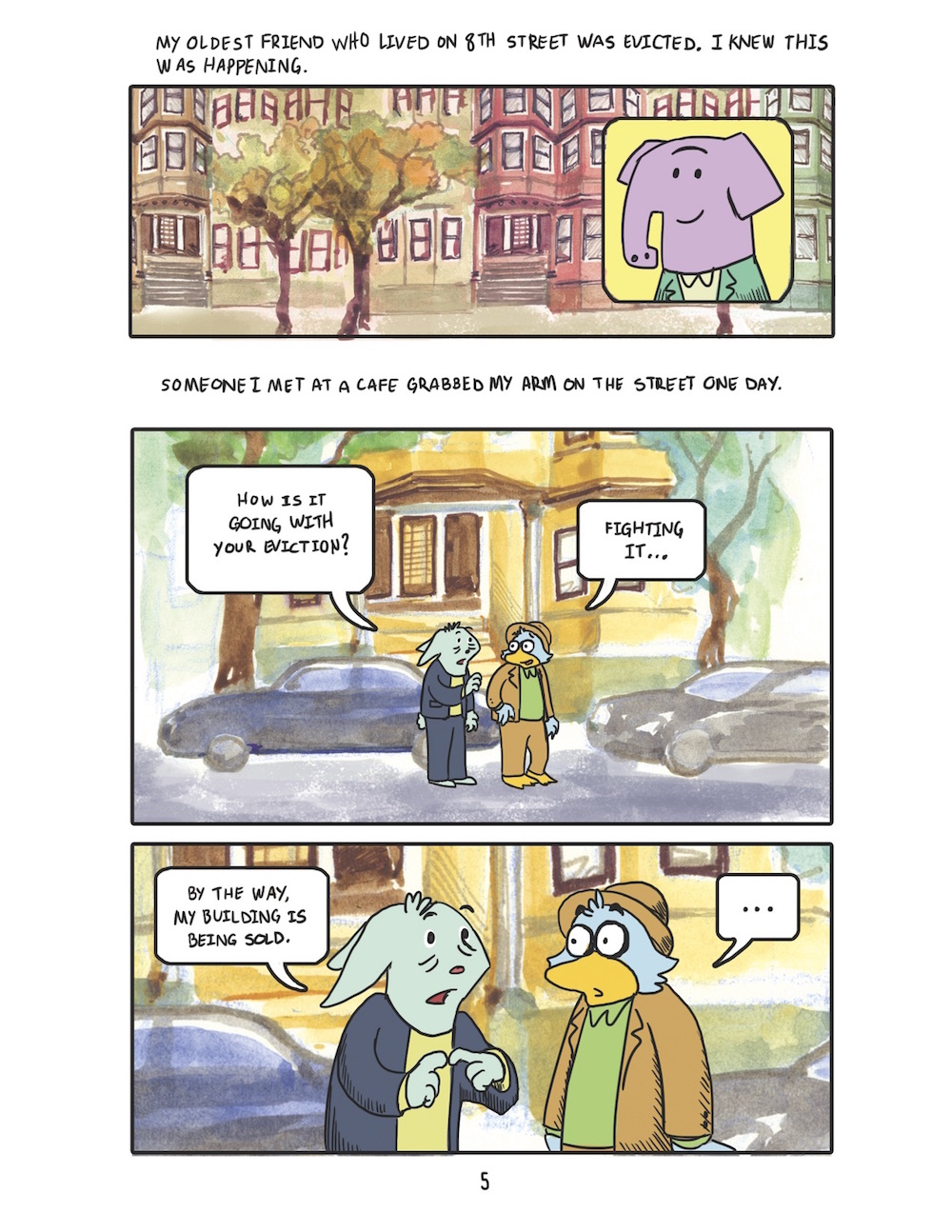 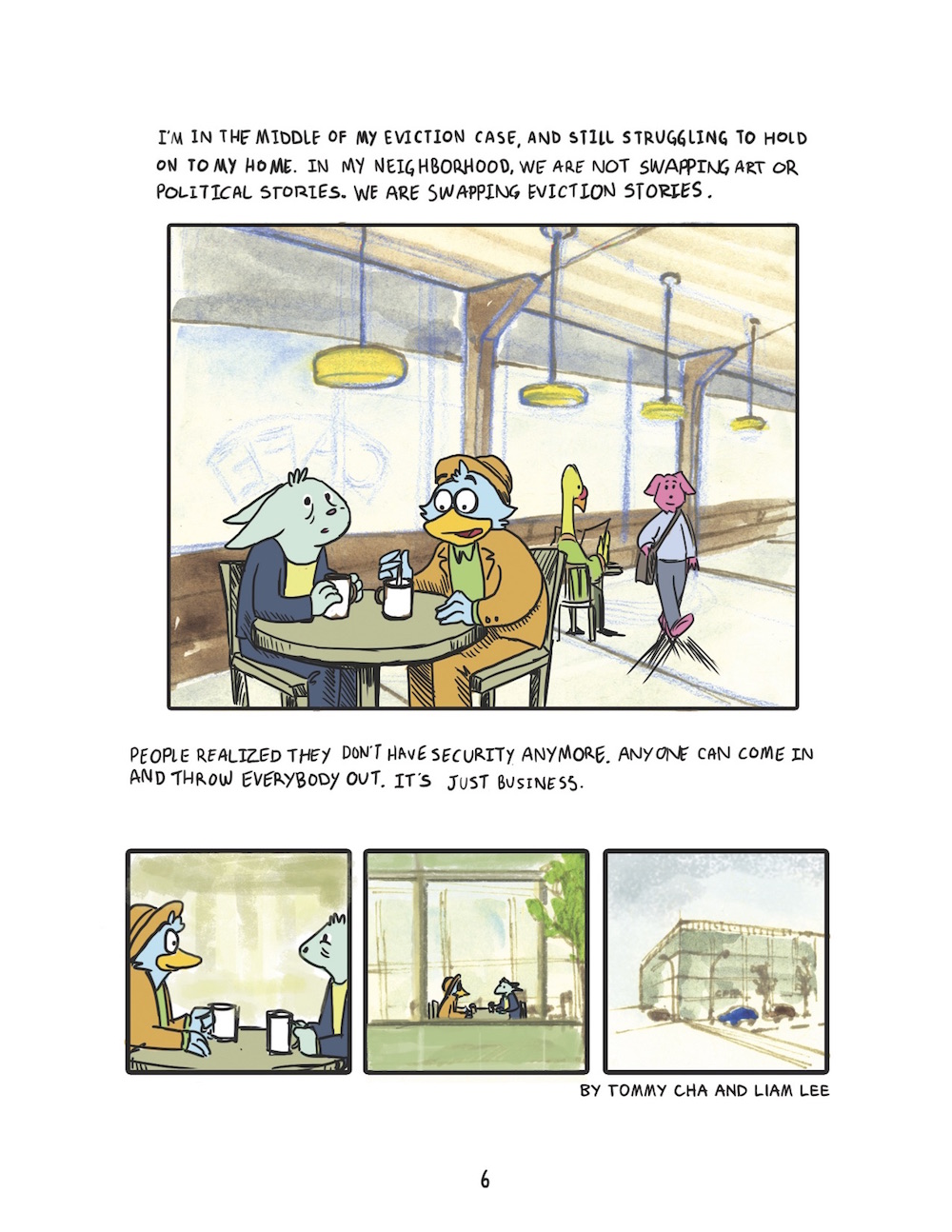 Liam Lee is from Seoul, South Korea. His major is Interaction Design. He tries to express emotion through art, but it is still hard. He is interested in all kinds of art and believes it has the power to change people and the world. When people express sympathy with Liam’s artwork, he is as happy as if his child is being praised (he doesn’t have a child). He wants to understand people well and make things that help and encourage weak people; this would make him a better person too.

Tommy Cha was born in Fresno, a small town in the middle of California. After studying graphic communication and drawing personal comics, his love for telling stories stretched him towards animation, specifically cinematic visual story-telling. Tommy is currently an animation student at California College of the Arts in Oakland focusing on storyboarding and character animation. Current info on Tommy Cha can be found at www.linkedin.com/in/tommycha and his work at www.tommychastory.weebly.com

Tell us your favorites in our 45th annual celebration of the Best.
Read more

Trump’s taxes, the debate, and the election

There aren't many undecided voters out there. It's all going to be about turnout.
Read more
News + Politics

‘How many times does this guy have to show us who he is?’

Plus: The municipal corruption scandal and the state of the city's economy. That's The Agenda for Sept. 28-Oct. 4
Read more
Screen Grabs

Screen Grabs: Visions of liberation that don’t quite live up to legends

'The Glorias' and 'I Am Woman' let subjects down, 'Native Son' gets noir revival, 'Sign of the Cross' goes over the top.
Read more
Nightlife

In painting, Elena Zolotnitsky lives by ‘beauty will save the world’

No, the DA's Office did not release a burglary suspect who went on to attempt a rape.
Read more
News + Politics