The fire that torched their hopes: ‘I was just getting my life together’ 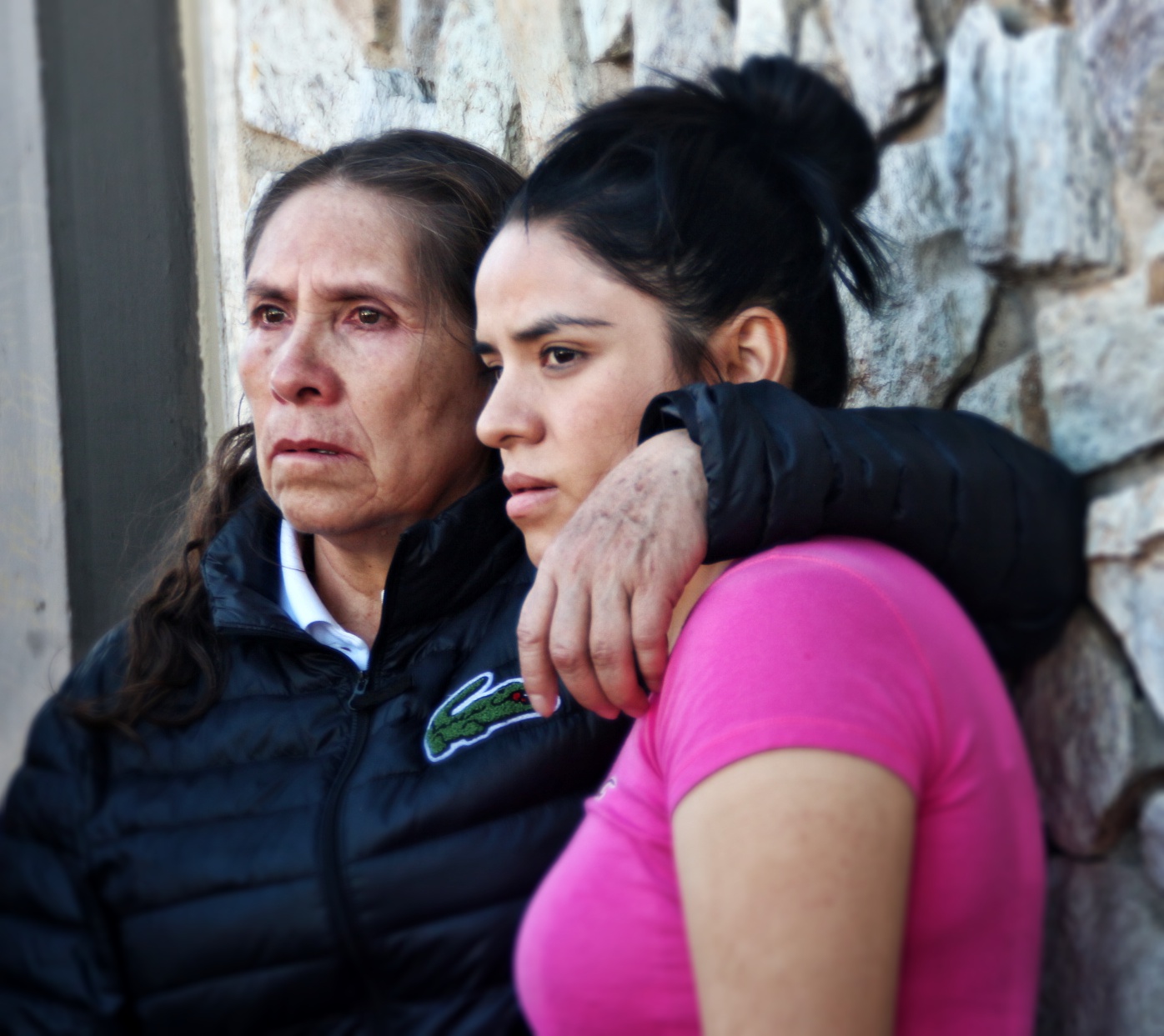 The dining room at the Salvation Army shelter is full of people who have been affected by the fire. There are about 58 people who are currently registered at the shelter, each one of them has lost all their belongings, except the clothes they were wearing at the time of the fire, the have nowhere to go and the uncertainty of their situation has already started to take a toll.

Until a few months ago, Wilson was homeless, but had finally found a place where her daughters could visit her and she could feel safe. “I have no clothes, I have nothing on me,” she said. Wilson approached Mayor Ed Lee on Friday evening when he arrived at the scene ad asked: “Mayor Lee, sir, I just want to ask you that this is all I have what will happen to me? what will I do?” Wilson is not alone in her fears, donations have come in nonstop since yesterday but families are primarily worried about the shelter.

Cristel Angulo- Gutierrez, 21-year old nursing student, has been living on food stamps and had finally been able to get a deposit for a place and put her life together. “I used to be a certified nursing assistant but I lost my license because my parents kicked me out with nothing, my dad kept my credit card, he was very abusive I just had to get out,” Gutierrez said. She worked night shifts as a cashier to support her education after being kicked out of her family home; her fiancé Jose Hernandez accompanied her at the shelter. Hernandez himself had been a victim of the Mission fire last year when he lived at 22nd and Mission. “It just happened to me and now I am with her and I see that she’s going through the same thing, I don’t even know,” Hernandez said.

Gutierrez is heart-broken because she feels like she has to start from scratch all over again, “All I had was $1,400 dollars that I gave as a deposit for the apartment and after that I kept looking for a job and I found one as a cashier. I had to work late nights close at 6 and go to school at 8. Little by little I was building myself up, I bought clothes because my parents kicked me out with nothing, I had nothing,” she said. She worked as a cashier despite her love of nursing: “I was finally able to apply again for my nursing license but now I don’t know I will have to tell them to send it again to another address that I don’t even know. I just want to prove to my family that I can take care of myself, that I can be someone and follow my heart, I have been very hurt and I have gone through a lot. It wasn’t easy staying in that house.”

Gutierrez raised her siblings as her parents worked, but the abusive environment on her family home was too much for her to deal with. “I was finally able to put my life together and to start doing what I wanted to do, now I feel like I have to do it all over again after I worked so hard to rebuild everything from nothing,” she said as she sobbed while holding her head between her hands. A kind donor has been able to get her a laptop for her to be able to continue her studies and work but Gutierrez is really concerned about finding another home.

People are still coming in to register themselves at the shelter not knowing that they were provided shelter after the fire because they left to stay with a relative or a friend. SFPD and the Sheriff’s department worked on ensuring that there were clear signs on 29th & Mission and clear instructions to go the shelter. It’s difficult to register a day later because the vast majority of people do not have their IDs and are unable to access the buildings.

Genesis Manyari, who lived above the Cole Hardware store, didn’t hear the fire alarm go off. “I didn’t even hear the alarm go off. Our alarm didn’t go off,” Manyari said. A day later they are still in shock about what could have happened had people not been able to get on in time. Joseph Williams, who works as a courier and was once homeless, is grateful his wife and one-year-old kid are safe. “We didn’t even know that there were other kids in the building, we thought our kid was the only one imagine if something happened to them,” she said. He was able to get a bike and a laptop through generous donations, “Someone got me a new laptop? a new laptop? I can’t believe it, man. I can’t.”

Tomorrow the families will find out what their near future holds; even those who lived in a building that survived somewhat intact have still have not been able to return home and are hopeful that support will strengthen their call for permanent shelter. For now, the people of San Francisco have shown that come what may, they will support families in need as they recover from the horrifying tragedy of losing their homes.

Local activist Edwin Lindo set up a GoFundme for families. You can donate here.

This is a developing story and we will keep updating it

In Congress, and in New York, progressive legislation is on the agenda. Still waiting for California.
Read more